Babies Born Hours Apart, But When Parents See Them Together They Know It’s Meant To Be 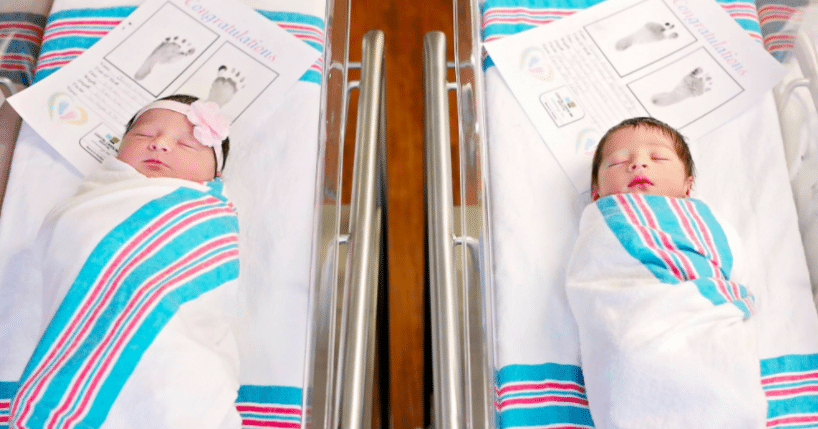 They’re only a few days old, but their parents think they may already be destined to become star-crossed lovers.

Moms Morgan Hernandez and Christiana Shifflett had never met before, but they have more in common than you might think.

Both moms were scheduled to be induced on March 26, but both of their babies decided to come early.

At first glance it doesn’t seem like much of a coincidence, but when the parents went to see their babies in the nursery they couldn’t believe their eyes.

The hospital had put the Hernandez’ baby, Romeo, right next to the Shifflett’s baby whom – you guessed it – they had named Juliet!

Coastal Carolina Hospital’s resident photographer, Cassie Clayshulte, captured the sweet babies in their cribs next to each other.

“It was just a coincidence. They were both actually scheduled to be induced on March 26, but they both came early which is so neat,” Cassie said. “It just shows even more that it’s fate — they just happened to be in the room next to each other.”

“We’ve already made jokes they need an arranged marriage,” she added. “I had told them that if they want to book me now as their wedding photographer, they could do that.”

Only time will tell what fate has in store for these “star-crossed babies!”

Did you love this sweet coincidence as much as we did? So share this!