Autistic Son Has Meltdown At Dinner. Then Stranger Drops Note On Table 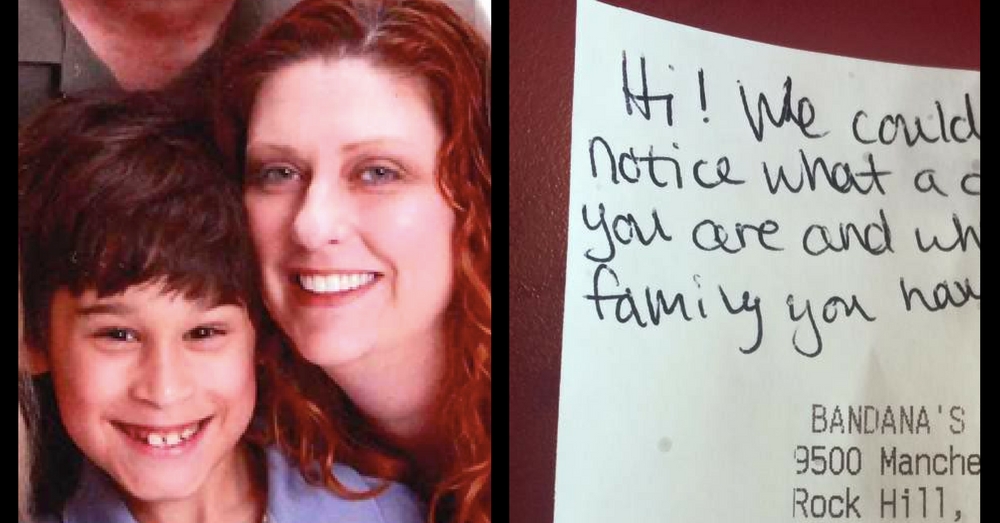 The Tipton family was having dinner at Bandana’s Bar-B-Q in Rock Hill, Missouri, when it happened. Cynthia’s daughter, Sophie, was teasing her son, Noland, who has high-functioning autism, and it became too much for him to handle. All of a sudden he started screaming and crying in the middle of the restaurant.

Cynthia did what she could to calm him down. She walked over to him and started rubbing his back and whispered, “You’re being kind of loud. It’s OK, buddy. Sophie was just teasing. Let’s calm down. Let’s be a little quieter. You’re safe.” Even still, the screaming continued for several minutes.

Cynthia knew that the other restaurant patrons were staring and that her dad, who was at dinner with them, was embarrassed by the outburst. The family had been asked to leave a restaurant before when Noland was having one of his fits.

Suddenly, as quickly as it started, the screaming stopped and Noland began to calm down.

Just then, though, Cynthia saw their waitress heading toward them. She was worried that another patron had complained and they were going to be asked to leave.

But what the waitress said next completely caught her off guard. While she did indeed have a message from another customer, it wasn’t anything like Cynthia was expecting.

The waitress told her that another family at the restaurant had paid for their dinner. On the receipt was a note that read, “Hi! We couldn’t help but notice what a great mother you are and what a beautiful family you have. God bless.” 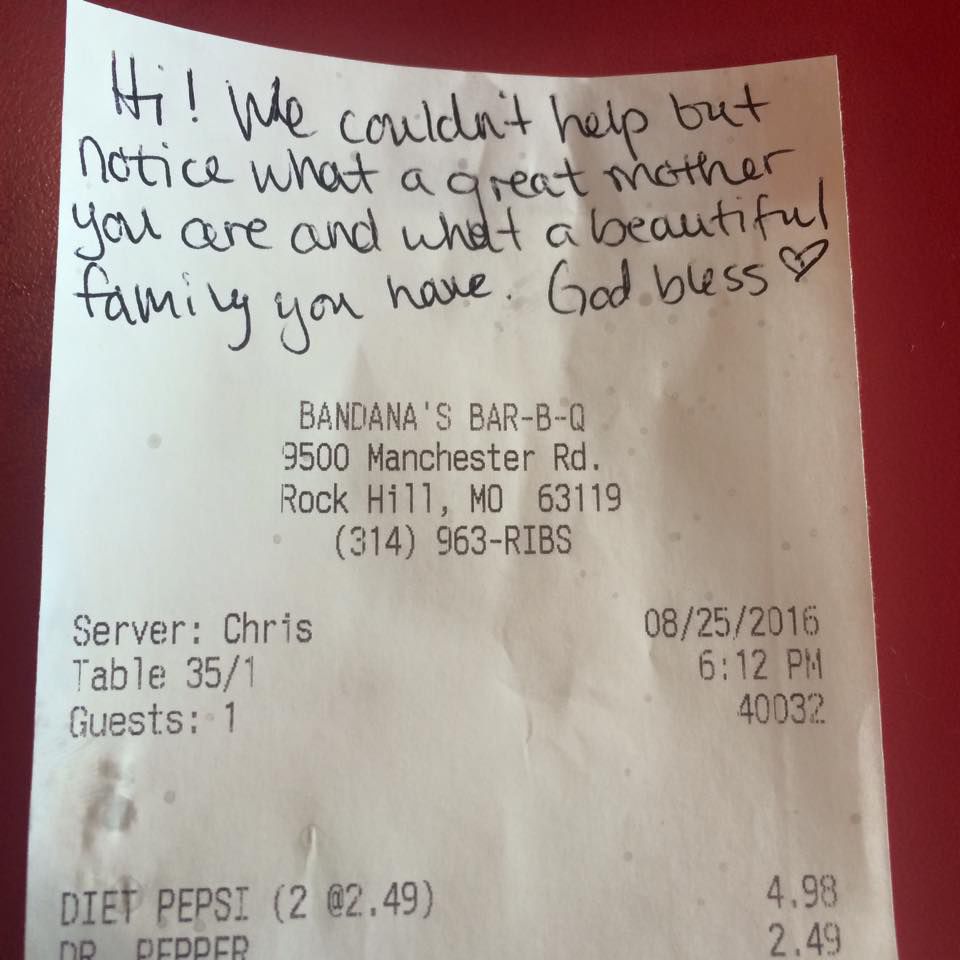 The message and the fact that someone could overlook the tantrum and see how hard she was working and how difficult her situation was left Cynthia stunned.

“Being a parent is tough,” she said. “Being an autism parent is really tough.”

She wanted to thank the generous family in person, but they had already left the restaurant, so Cynthia went to Facebook to share her story in the hope that they will somehow see it.

“I am overwhelmed and humbled by your thoughtfulness,” she wrote. “It was so unexpected, and yet it made such a huge difference to our family.”

Cynthia’s father added that “The family that bought our dinner must have been angels from God. Regular people could not have looked at us with such compassion.”

Hopefully this anonymous family’s kind act will encourage others to look beyond the surface and reach out in love to those who are struggling.

Were you touched by what this family did for Cynthia and her family? So share this!