Mom Heartbroken When Autistic Son Makes Own B-Day Card. But Then She Opens The Mailbox… 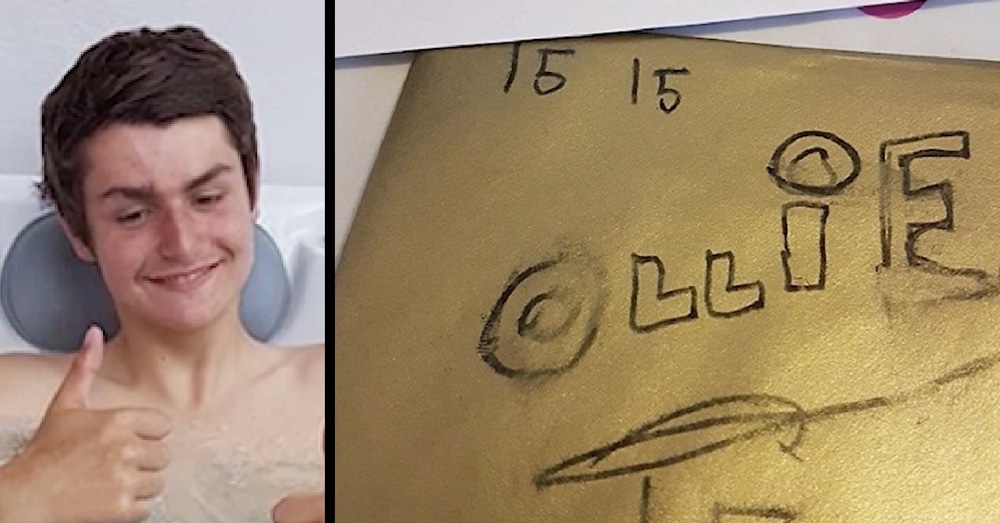 Karen Jones was heartbroken when her soon-to-be 15-year-old son Ollie showed her the cards he had made for his own birthday. Ollie has autism and doesn’t have “any friends,” so he was making his own cards so he’d have something to open on his birthday.

Karen couldn’t bear watching her son be disappointed and lonely on his birthday, so she sent out a plea to her Facebook friends asking people to send birthday cards. She had no idea the floodgates were about to open!

“I thought maybe we could just try to get him a few extra cards this year,” she said, but cards started pouring in and they didn’t stop. In the days after his birthday Ollie received an estimated 20,000 cards from people all over the world! In comparison, the Queen of England usually “only” gets around 17,000 cards for her birthday.

And people didn’t just send cards – Ollie received numerous presents as well, including an Xbox all the way from Saudi Arabia and a weekend getaway for him and his mom.

Karen has been overwhelmed by the kindness shown by so many strangers.

“All I can say is thank you,” she said. “The kindness, love and goodwill of everyone has been phenomenal. I think he’s going to have a brilliant time for his birthday, we’ve been joking he will be opening them all year.”

As for Ollie, he has had a blast opening up the cards full of sweet sentiments for his birthday, but admits that he may have more than he knows what to do with!

“It’s fab, amazing and fun,” he said, “but not so many next year please mum. Where are we going to put them all?”

Were you touched to see the outpouring of love from complete strangers for Ollie’s birthday? So share this!