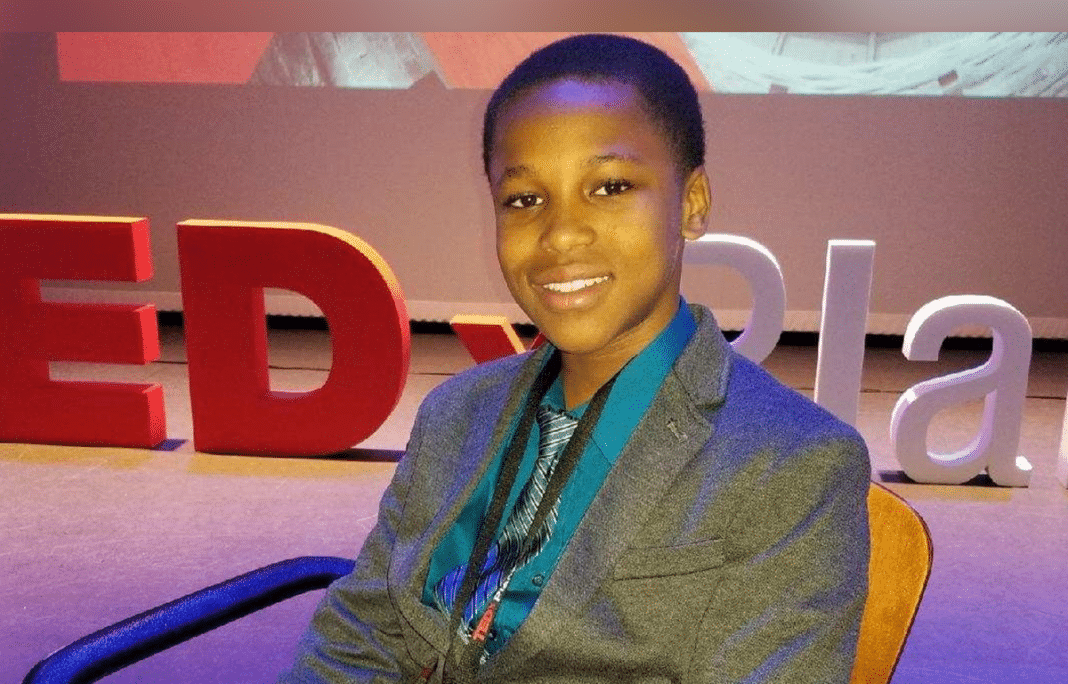 As the weather starts to warm up, we will inevitably begin seeing stories about kids dying after being trapped in hot cars. Each year there are around 36 children who die that way, despite news and warnings.

When Bishop Curry IV, a 10-year-old 5th grader from McKinney, Texas, heard that his neighbor’s 6-month-old infant named Fern died from being left in a hot car, he decided he would do something about it.

Bishop decided he would create an invention that would save kids lives and alert parents and authorities when a child is locked in the hot car. He invented a potentially lifesaving child heatstroke prevention device called the Oasis that responds to rising temperatures by putting out cool air and calling for help on a cell phone.

Bishop Curry is a 10-year old 5th grader from Texas, and he's also the inventor of Oasis, a prototype device to prevent children from dying in hot cars. If it senses that a child has been left behind in the seat, it will start to blow out cool air until the child is rescued. pic.twitter.com/cdsGR2s3Xc

“It kind of came in my head,” Bishop told HuffPost.

He first created a clay model, then a 3D model of his invention using a 3D printer which he used to secure a provisional patent. Then he and his dad worked out the next steps for making Oasis a reality, including attorney fees to finalize the patent, prototyping fees, and getting a manufacturer in place. His father’s work for Toyota really helped, since the company helped Bishop meet with lawyers on trips to Michigan and Baltimore.

With help from his parents, he started a GoFundMe campaign to bring the device into production, raising over $50K in 28 months. An update says that Bishop secured the patent and is working with a silicon valley based company called Patents2Market. He hopes the final device may retail around $50.

The young inventor received national attention, receiving a letter from President Clinton. His town of McKinney named a special day just for their up and coming inventor.

Amazingly, he achieved all of this by age twelve, and it seems to be just the beginning as he has a whole book of inventions on the back burner.

In an appearance for TEDx Talks, Bishop said encouraged others not to let age or resources stop you from thinking big

We hope that the Oasis hits the market and begins to save lives for kids trapped in hot cars. In the meantime, you can check out some great safety tips from Safe Kids Worldwide. When our daily routines get disrupted, we are most likely to become forgetful. There are many ways we can remind ourselves to be mindful around cars. Check out this page for more ideas.

“Avoid heatstroke-related injury and death by never leaving a child alone in a car, not even for a minute. And make sure to keep your car locked when you’re not inside so kids don’t get in on their own.”

“Create reminders. Keep a stuffed animal or other mementos in your child’s car seat when it’s empty, and move it to the front seat as a visual reminder when your child is in the back seat. Or place and secure your phone, briefcase or purse in the backseat when traveling with your child.”

“Take action. If you see a child alone in a car, call 911. Emergency personnel want you to call. They are trained to respond to these situations.”

See more about Bishop Curry and his invention below: