Adele Invites Random Fan On Stage, But When She Opens Her Mouth…Wow! 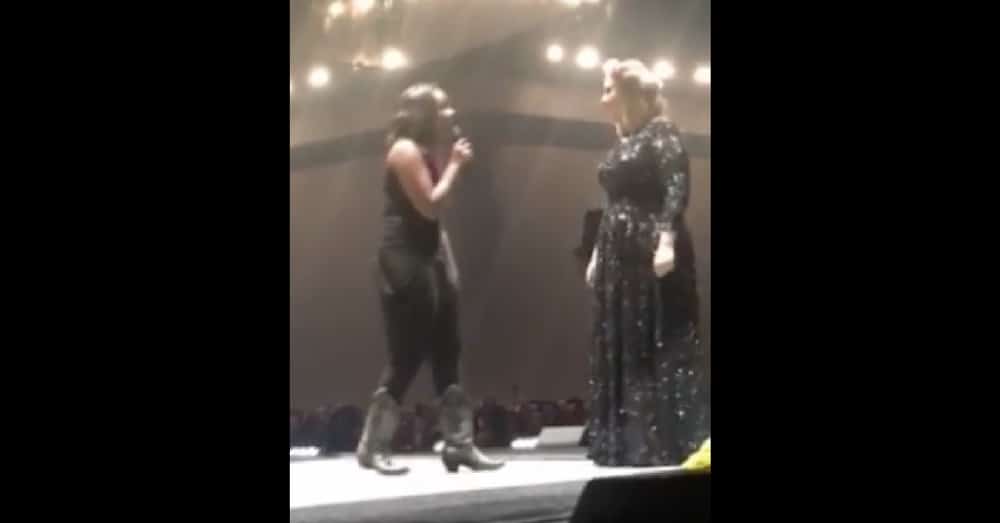 Adele is known for inviting fans to come onstage and sing with her during her concerts, but she got a big surprise when she invited this woman to sing with her at her Los Angeles show Tuesday night.

The woman turned out to be Jamie-Grace, a 24-year-old singer-songwriter who has actually been nominated for a Grammy and has won a Dove Award.

As soon as she started to sing Adele’s hit song “Remedy,” the star was blown away!

“Sing some more. Sing anything you want,” Adele told her as the crowd cheered.

Click below to watch the special moment for yourself:

Were you as blown away by Jamie-Grace’s voice as Adele was? So share this!