These Actors Play Superheroes On Screen, But They Just Proved They’re Real Life Superheroes Too 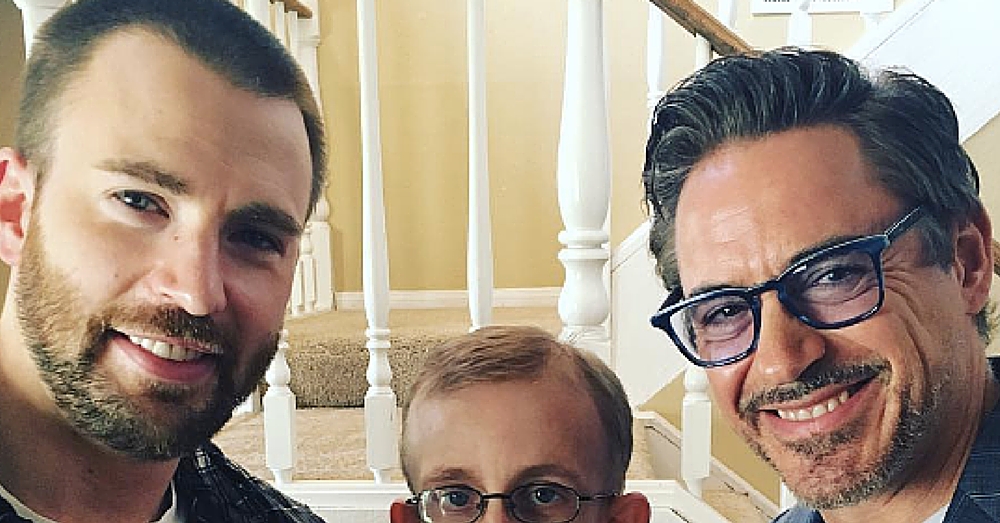 Robert Downey Jr. and Chris Evans are known for playing superheroes on screen – Ironman and Captain America respectively – but recently they proved that they are real-life superheroes as well.

It all started when, in early May, some classmates of 18-year-old Ryan Wilcox, who is currently battling cancer, made a plea on Facebook to the cast of “Captain America: Civil War.”

“[Ryan] absolutely LOVES Captain America and the Avengers and what we want for Ryan if possible is to meet the actors and actresses of the Avengers, especially Chris Evans who plays Captain America,” they wrote. “He isn’t doing too well and this would be a major way to boost his spirits and, quite frankly, be the best moment of his life, if he literally got to meet his hero!”

On May 6, Ryan’s friends surprised him at a school assembly with a video message from Evans.

“I heard you are a big Captain America fan. Good taste!” Evans said. “Glad to know you are on team Cap. Just wanted to say stay strong. I know you are fighting the good fight.”

Then, to make things even better, Evans and Downey, along with costar Gwyneth Paltrow, showed up at Ryan’s home in California so they could meet the teen in person.

I have so much respect for Chris Evans, Gwyneth Paltrow and Robert Downey Jr. Real life superheroes. #RyanStrong pic.twitter.com/H6UKmgLtpo

“Today @ryanwilcox0303 got a little surprise,” Paltrow posted on Instagram. “Thank you to the incredible #chrisevans and my better work half @robertdowneyjr for being the men you both are. And thank you to the Wilcox family for your hospitality! #ryanstrong.”

Today @ryanwilcox0303 got a little surprise. Thank you to the incredible #chrisevans and my better work half @robertdowneyjr for being the men you both are. And thank you to the Wilcox family for your hospitality! #ryanstrong

“Today I got to shake the hand of a true warrior named Ryan Wilcox,” Evans shared on Twitter. “He’s cooler than I could ever hope to be. Thanks for the hospitality Wilcox family! And a big hug and kiss to two of my favs @RobertDowneyJr and @GwynethPaltrow for making it happen!”

Safe to say that meeting was one Ryan won’t soon forget! If you would like to follow Ryan’s progress, you can do so with the hashtag #RyanStrong. You can also donate to his fight against cancer here.

Did you love seeing these actors make the day of this teen battling cancer? So share this!