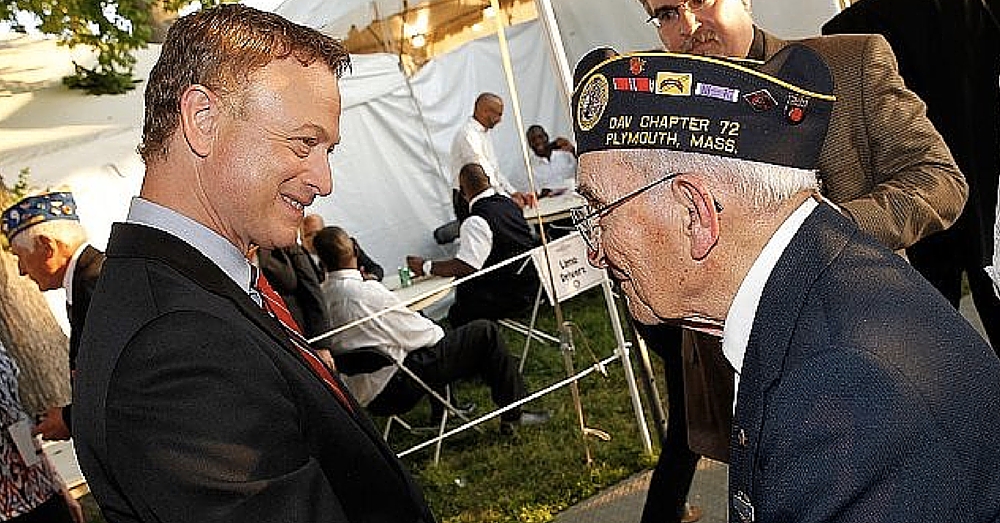 Actor Gary Sinise appeared on ABC’s This Week on Sunday to discuss the impact of one of his most famous roles on his work as the founder of the Gary Sinise Foundation, which has been helping military service members and their families since 2011.

The 61-year-0ld Criminal Minds: Beyond Borders star famously played Vietnam veteran Lt. Dan in the 1994 Oscar-winning film Forrest Gump, earning a nomination himself for the role.

.@GarySinise on Lt. Dan: “He’s OK in the end and that’s what we want for all our wounded coming back from the war” https://t.co/KL7ZQghxy3

Sinise said on This Week that he has been “actively involved” in veterans’ groups going all the way back to the ’70s, particularly with Vietnam veterans’ groups, because he has family members among them.

“I didn’t know until after September 11, though, when we had this new generation of Lieutenant Dans coming back from Iraq and Afghanistan, that the role would continue to play a part in my life,” Sinise said.

Of his famous movie character, Sinise said that Lt. Dan is “OK in the end, and that’s what we want for all our wounded coming back from the war.”

“I always say that we can never do enough for our veterans,” the actor added. “We can always try to do more.”

The Oscar-nominated actor founded the Gary Sinise Foundation in 2011 and has since launched various programs aimed at supporting veterans and first responders. The foundation includes programs like R.I.S.E., which provides homes, mobility devices, and specially adapted vehicles to wounded service members, and Serving Heroes, which serves hearty American meals to veterans at major travel hubs.

Sinise has also taken his Lt. Dan Band overseas to boost morale on American military bases across the world and founded the Invincible Spirit Festivals, day-long events with live music and food in celebration of service members’ achievements, at military hospitals throughout the country.

On Sunday, Sinise hosted the National Memorial Day Concert in Washington, D.C. for the 11th time.