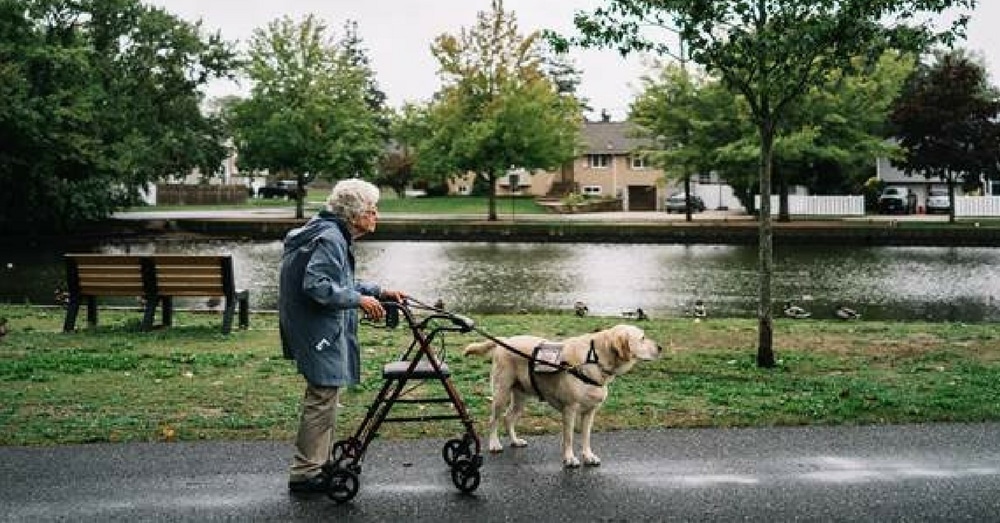 Annabelle Weiss, 92, enlisted in the U.S. Marines when she was 20 years old. She served two years, working as a driver and inspecting plane engines, before she was discharged in 1946.

Later Weiss, who lives in Lindenhurst, New York, worked as a nurse. She was eventually diagnosed with thyroid cancer and experienced various health problems related to her service. In 2013, she learned about America’s VetDogs, an organization that pairs veterans in need with trained service animals. That’s how she got Joe, her golden retriever, and now the pair are inseparable.

TODAY spent a day with Weiss and Joe to learn more about their relationship, and see how he helps her get around.

Weiss, who lives alone with Joe in a Long Island suburb, spends the mornings at home and usually goes out in the afternoons. When they leave, Joe knows it’s time to work. 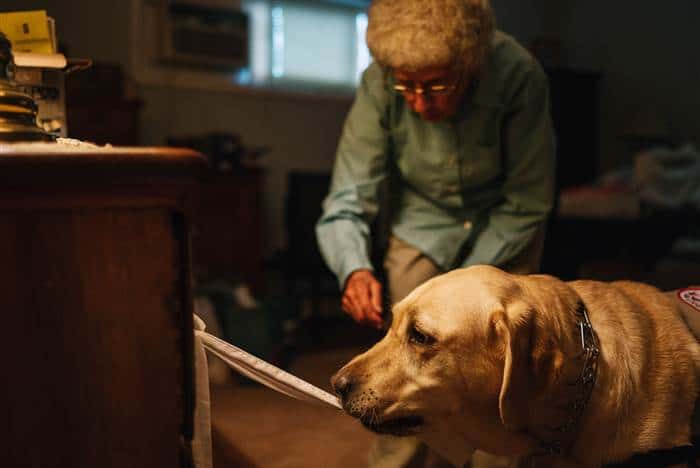 Joe is trained to bring Weiss items she drops, open and close doors, and brace her when she needs to get out of a chair or walk up or down stairs.

“I have rags on my dresser drawers and I tell him ‘tug,’ and he opens them,” she said. “I tell him ‘push,’ and he closes them.”

“He can get my phone,” Weiss continued. “I tell him ‘phone’ and he brings me the phone. Not that I always need it. Sometimes I say it just to keep him sharp.” 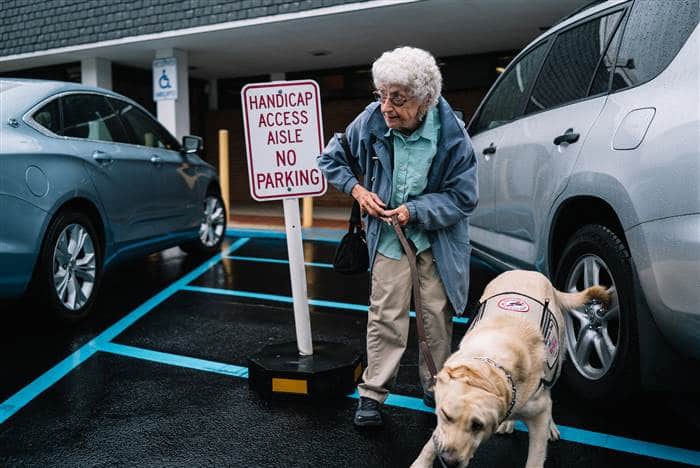 Joe rides in the backseat while Weiss drives. Michael Rubenstein / for TODAY

“Yes, I still do drive!” Weiss said. “People say, boy, you’re such a peanut, what are you driving for? If only they know what I used to drive! (In the Marines) I drove jeeps, big trucks, station wagons. I used to drive the colonel around.”

“Joe has the whole back,” she continued. “I fold the seats down for him. He just sleeps. He doesn’t even stick his head out the window. He was trained beautifully.”

Joe leaves golden hair everywhere, but Weiss, who has had pets all her life, doesn’t mind.

Head over to TODAY to see how this adorable pair spends the rest of their day together!