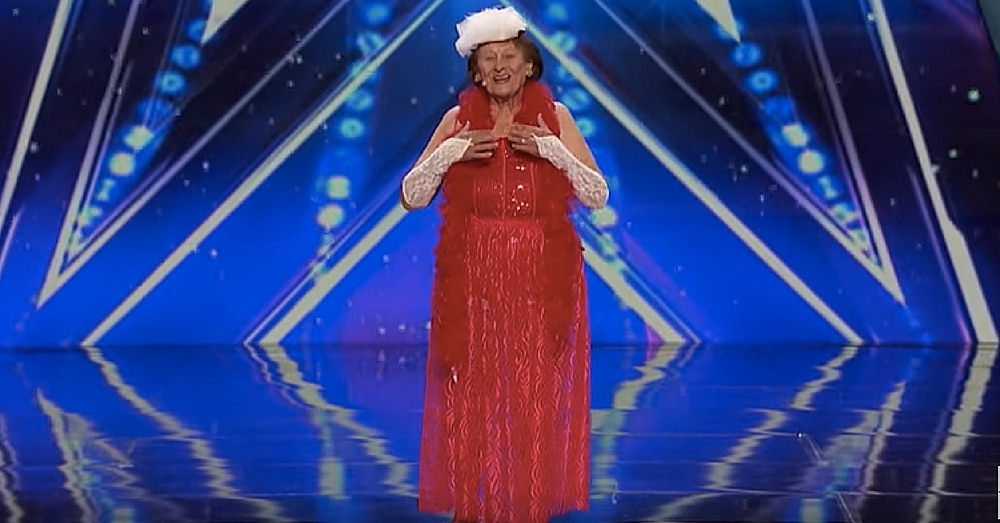 A lot of people might think that, by age 90, your time has passed. Dreams that you once held dear seem to have faded, and it’s time to accept that and move on.

But Dorothy Williams is proving that it is never too late! “When I get on that stage,” she said, “I want to prove that you’re never too old to follow your dreams.”

The 90-year-old dancer left the audience speechless when she had her time to shine on America’s Got Talent. She told the judges that she would be dancing for them, but they certainly never expected what kind of dancing she would do!

The nonagenarian began singing “Let Me Entertain You” from the musical Gypsy, about American burlesque entertainer Gypsy Rose Lee, who was famous for her striptease act.

That’s when the clothes started coming off. The audience sat stunned as Dorothy first removed her boa, and then her flowy skirt. But what she did next left them all roaring with laughter – she definitely left them entertained!

Click below to watch Dorothy’s hilarious and inspiring performance for yourself, and make sure you watch to the end to see host Nick Cannon do something that’s never been done before on America’s Got Talent!

Did you love this 90-year-old’s unusual performance? So share this!