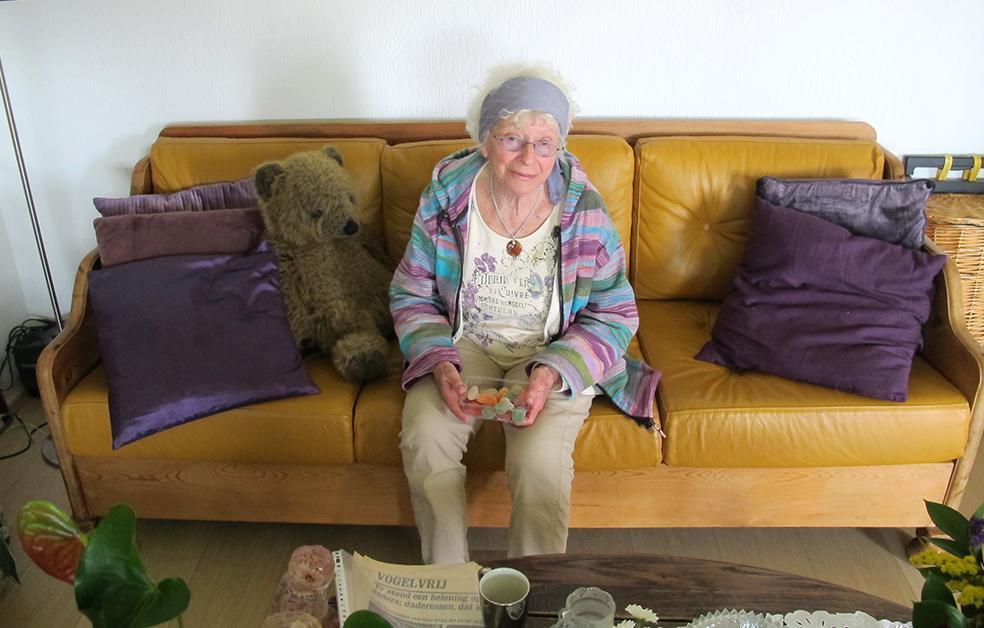 Ninety-year-old Freddie Oversteegen was one of the few women that were active in the Dutch resistance during WWII – along with her sister Truus and the famous Hannie Schaft, who was killed just before the end of the war. When Freddie was 14 years old, a gentleman visited her family home to ask her mother if she would allow her daughters to join the resistance – no one would suspect two young girls of being resistance fighters, he argued.

And he was right. The Oversteegen sisters would flirt with Nazi collaborators under false pretences and then lead them into the woods, where instead of a make-out session, the men would be greeted with a bullet.

Hannie Schaft went on to become world famous: A feature film was made about ‘The girl with the red hair’ and she was (re)buried with honours in the presence of Queen Wilhelmina and Prince Bernhard of the Netherlands, while over 15 cities in the Netherlands have street named after her. Truus Oversteegen made a name for herself after the war as a public speaker at war memorial services and as an artist. Her little sister Freddie never got that much recognition for her participation in the resistance, until Dutch filmmaker Thijs Zeeman decided to make her and her sister the subject of his latest TV documentary, Two Sisters in the Resistance.