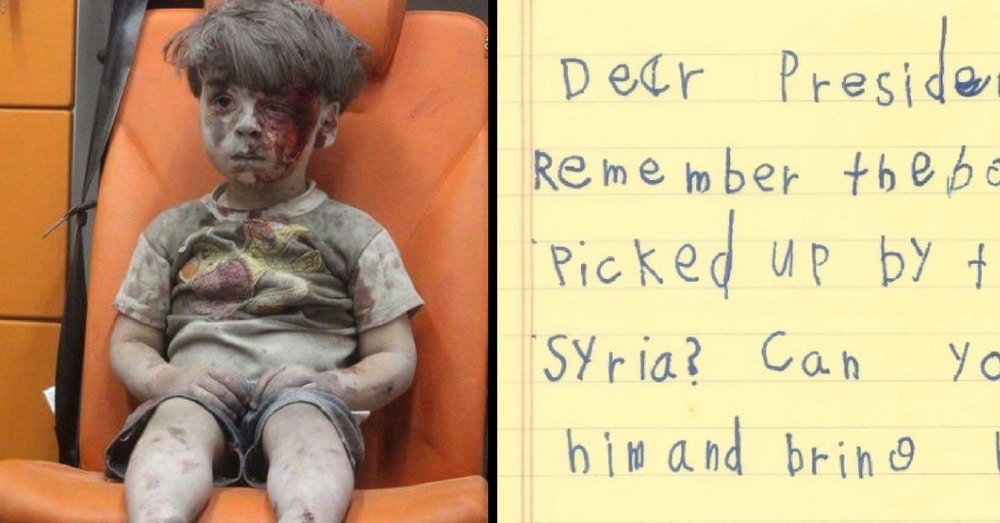 A six-year-old boy from New York has won the respect of US President Barack Obama and thousands of others after he offered to take in Omran Daqneesh, a little boy who was injured after his home in Aleppo, Syria, was bombed.

The image of five-year-old Omran sat alone in an ambulance, covered in dust and blood, shocked the world and inspired six-year-old Alex, from Scarsdale, New York, to take action.

In a handwritten letter sent to the White House, Alex asked Obama to go and collect Omran and bring him to his house where “we will be waiting for you guys with flags, flowers, and balloons.” 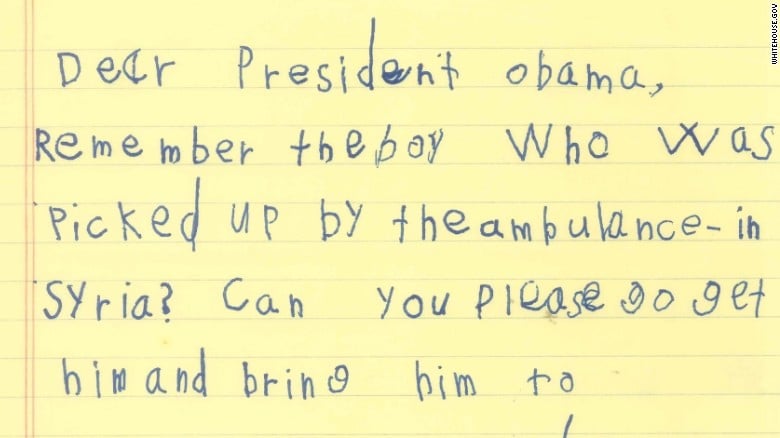 In his letter to Obama, Alex offered to teach Omran how to ride a bike.

Alex said that Omran could be part of his family, and offered to be his brother. He said he would teach him how to speak English, to ride a bike and added that his sister Catherine would share her toys with him.

Obama read Alex’s words aloud in a speech he gave at the United Nations earlier this week, before posting a video of Alex reading the letter himself to Facebook.

In his message, Obama asked people to read the letter to “understand why he had decided to share it with the world.”

“Those are the words of a six-year-old boy — a young child who has not learned to be cynical, or suspicious, or fearful of other people because of where they come from, how they look, or how they pray,” the President wrote.

“We should all be more like Alex. Imagine what the world would look like if we were,” he added.

Read more about this sweet boy’s letter and the president’s response on CNN.