6-Yr-Old Wets Her Pants At School. The Way Her Dad Arrives To Pick Her Up Will Melt Your Heart 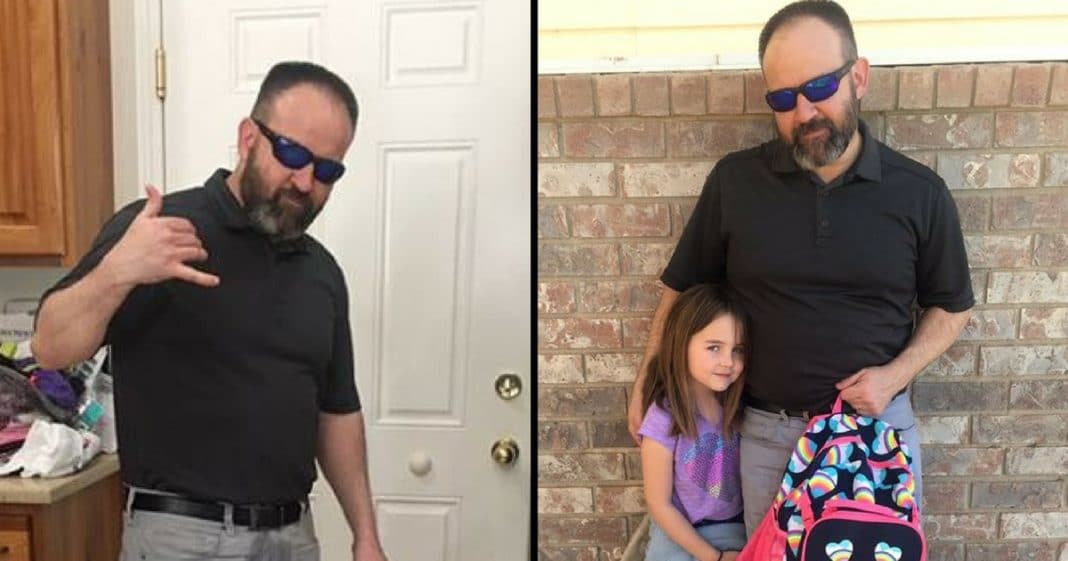 Not every knight shows up wearing shining armor, but that doesn’t make him any less of a hero. We’re sure this man’s daughter will never forget the day he rescued his “damsel in distress” from a potentially traumatizing situation.

Six-year-old Valerie Sowards called her mom, Connie, in tears the other day, telling her she’d had an accident at school and begging her to come pick her up.

As soon as Connie’s husband, Ben, heard about Valerie’s distress, he rushed to her rescue. Before he left, though, he decided to add a little “something” to his wardrobe to help Valerie feel better.

When Ben showed up at the school to pick Valerie up he was sporting a matching wet spot on the front of his pants. When he saw his daughter he asked if he could borrow her backpack to cover up his “accident,” bringing a big smile to her face.

Valerie’s older sister, Lucinda, posted some pictures of the sweet pair on Twitter, which have since endeared this “Father of the Year” to thousands.

“Almost any man can be a father, but it takes someone special to be a ‘daddy!'” said Connie L. Stiger.

Another commenter pointed out that, while many people said they would do the same thing for their kids, “the real part is that he THOUGHT to do it when it mattered.”

Lucinda said her dad’s actions weren’t surprising at all. This selfless father of 11 has always gone above and beyond for his kids.

“I have memories of my dad working all night building a play set when I was little and waking me up in the morning to take me out and push me on the swings,” she said. “Both of my parents are incredibly selfless, especially when it comes to the happiness of their family.”

While some people were worried little Valerie would be even more embarrassed seeing her dad show up with a wet spot on his pants, Lucinda says Valerie thought Ben’s gesture was “hilarious.” He helped turn what could have been a traumatizing situation into a special way to show her love, brightening her day and helping erase her embarrassment in the process.

We think Lucinda and Valerie are very blessed to have such an amazing dad. We know his love and care will impact them for the rest of their lives.

Did you love what this dad did for his daughter? So share this!