6-Yr-Old Starts Lemonade Stand, But When Cops Hear Why They Immediately Take Action 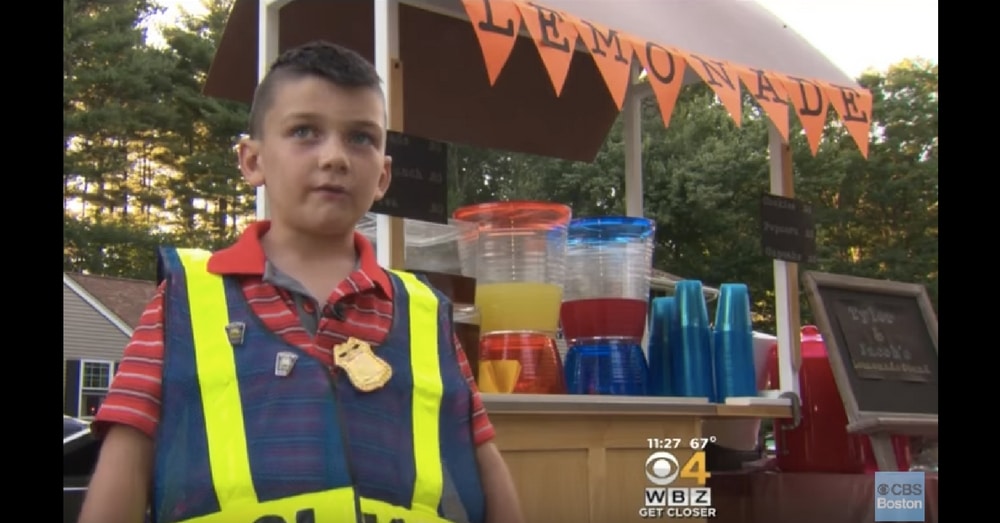 When 6-year-old Tyler heard about a police officer in need, he knew he wanted to help, and he didn’t waste any time about it!

Sgt. Mike Mazzola of the Grafton, Massachusetts, police department has been battling lymphoma and has had to take off months of work. Even though Tyler doesn’t know him personally, when he heard the sergeant’s story he knew he had to do something.

“I wanted to raise money for the police officer,” he said, “because he has kids.”

With the help of his mom Tyler put together a lemonade stand to raise money for the officer and his family. He had high hopes – he wanted to raise $1,000.

As word of the lemonade stand and the purpose behind it spread, hundreds began to line up to buy some lemonade, including many police officers. By the end Tyler had raised $1,500!

Tyler may be young, but he already has a heart of gold. His selflessness and generosity will not soon be forgotten!

Were you touched by what young Tyler did for this sick police officer? So share this!