5-Yr-Old Saves Allowance To Buy Lunch For Heroes. What They Do Next Will Melt Your Heart 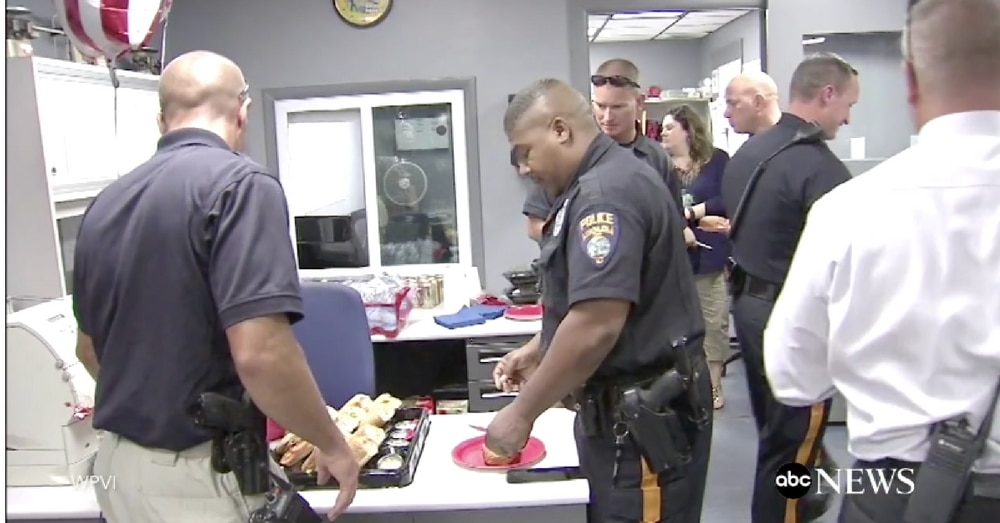 Five-year-old William Evertz Jr. is a big fan of the men and women in blue. He has always looked up to police officers and he wanted to do something special for them so they would know it.

The young New Jersey boy saved up his allowance to buy Subway sandwiches for the officers at Winslow Township, telling them that he wanted them to eat healthy.

The officers were touched by William’s sweet gesture. They made him an honorary police officer and gave him a special shirt and badges to wear.

William’s mom said the idea to bring lunch to the officers was all his own, and we know that day was a special one for both William and his heroes.

In a Facebook post the police department wrote, “Williams’s actions are remarkable for anyone, let alone a 5 year old. Winslow Twp PD commends William for his acts of kindness and his parents for raising such a great kid.”

Were you touched by what this sweet boy did for these officers? So share this!