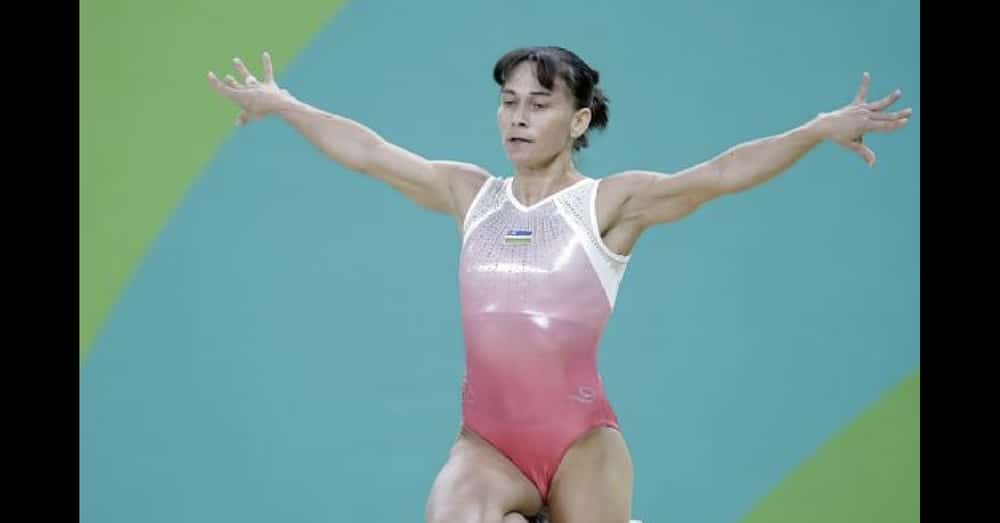 Even Oksana Chusovitina’s son wants to know how long the ageless gymnast will keep competing.

And he gets the same answer as everyone else.

“Wait and see, honey,” Chusovitina said with a sly smile.

The 41-year-old was on the floor for a record seventh Olympic Games on Sunday. To put that in better perspective, one of the gymnasts competing in her rotation was Croatia’s Ana Derek, born in September 1998 – two months before Chusovitina’s 17-year-old son, Alisher.

“Well, when I compete on the podium, if they gave a few more marks for the age, it would have been great,” Chusovitina said. “Otherwise, well, we’re all equal and we just have to compete against each other as equals.”

Chusovitina would be an inspiration no matter what her sport. That she’s still competing at a high level in gymnastics, where 22-year-old Aly Raisman is nicknamed “Grandma,” makes her that much more remarkable.

She’s not just showing up, either. Chusovitina was the silver medalist on vault, her specialty, at the Beijing Olympics and was fifth four years ago. At this year’s test event, which qualified her for Rio, she was second on vault.

You can read more about this inspiring Olympian and her unique story at USA Today.