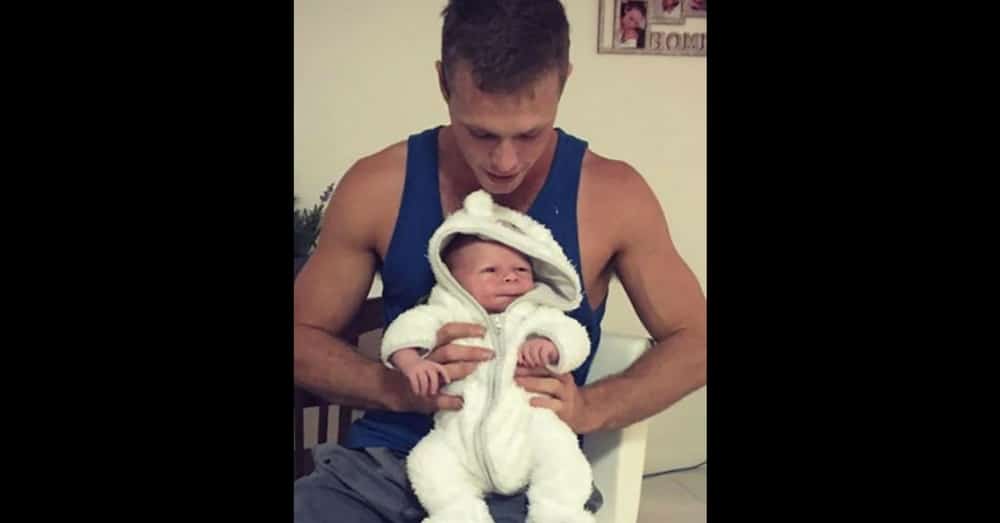 Tom Connolly was just a normal 23-year-old athlete studying at the University of the Sunshine Coast in Australia – that is, until he received some heartbreaking news about his 17-year-old cousin, Kiarna.

Tom learned that Kiarna was living on the streets and was 32 weeks pregnant. He was heartbroken that she was in such a desperate situation, especially since she had been his favorite cousin growing up and he had so many fond memories of their childhood together.

Kiarna had no shoes, no phone, no home, and the baby’s father was in jail. Tom decided that he would take her in “to make sure she’d keep the baby, stay off the streets and have a better life.”

As they reconnected, Kiarna told Tom about what her life had been like the past few years.

“Life dealt Kiarna a poor hand, and she’s had to play it best she could,” Tom said. “She’s spent more time on the streets than anywhere else, and knows the police better than she knows her own family. She could write a book on traumatic experiences… Nobody deserves the life she’s had.”

Tom knew he had to do more to make sure Kiarna could have the best life possible and be able to keep her baby. He decided to adopt her and become her legal guardian.

After doing so, his incredible act of kindness went viral.

“Everyone likes to tell me this is such a big responsibility,” Tom said in an interview, “but I wasn’t thinking about uni or work or anything, all I was doing was thinking that she needed me.”

“I took her in, to make sure she’d keep the baby, stay off the streets, and have a better life,” he added. “This was her only option.”

Tom got Kiarna set up with a “brand new bed, and brand new life… away from drugs, violence, and drama.” The next week she gave birth to a beautiful baby boy.

Now, both Kiarna and her baby are home with Tom and thriving. Tom got her braces, taught her how to drive, and helped her restart her education. His goal is to help her one day become independent and stable.

When asked about why he decided to take on such a huge responsibility, Tom said simply, “Family comes first.”

“When bad things happen, it’s your family that supports you,” Tom continued. “It means no one gets left behind or forgotten. I’ve had my family pull my head out of the gutter before… It was time to pay it forward.”

And while he knows what he did was a big act, he is still stunned by all the attention he has received.

“It was family helping family,” he said. “That should always be a standard thing.”

Were you blown away by what Tom did for his cousin? So share this!