18-Yr-Old Dog Abandoned At Shelter. What This Man Does Next Leaves Everyone In Tears 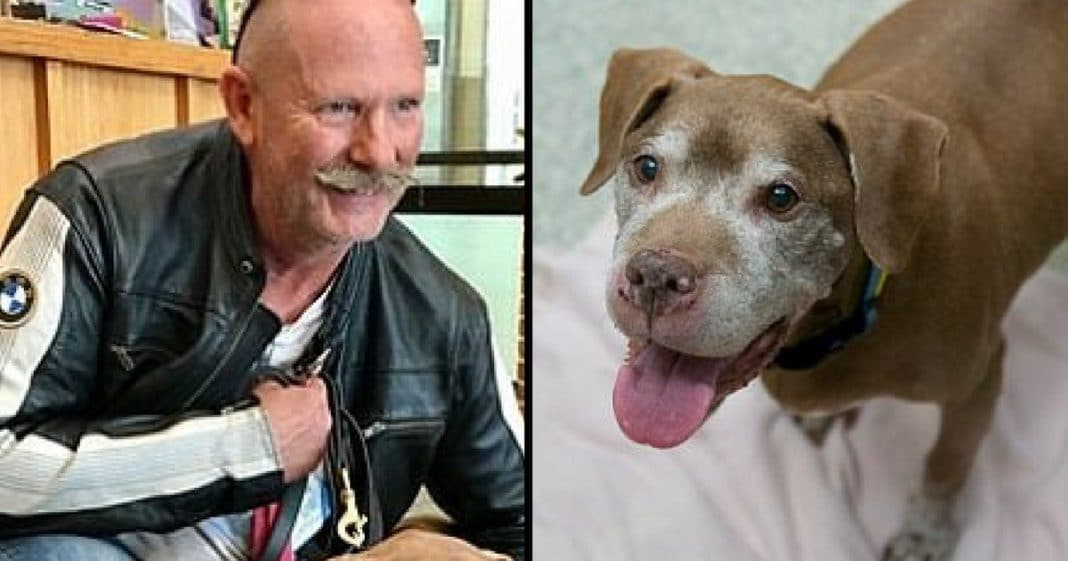 One of the hardest things about having a pet is knowing that their lifespans are much shorter than ours. We bring them into our homes and they become part of our families, but we always have to say goodbye too soon.

In Julep’s case, though, it was exactly the opposite.

The average lifespan of a dog is 10-13 years, but Julep is no average dog. At 18 years of age, she actually outlived her owner and was left at an animal shelter after her owner passed away in February and her family wasn’t able to care for the dog.

A spokesman for the Human Rescue Alliance in Washington, DC, where Julep has been staying, said she is one of the oldest, if not the oldest, dog to ever come through there.

As much as the shelter workers loved having Julep around, they desperately wanted to find her a loving home where she could live out the rest of her days comfortably. They put out a plea on Facebook, asking for someone willing to give Julep a fresh start.

That’s when Wayne Lerch saw Julep’s picture. He was still heartbroken over the sudden loss of his 11-year-old pit bull Jasmine, who died in December. When he saw Julep he thought she might be the perfect replacement to fill that hole in his heart.

“I couldn’t let her spend one more night in the shelter,” he said. “She’s saving me as much as I’m helping her.”

The next day he showed up at the adoption center before it even opened to inquire about Julep. He decided to come on his motorcycle so he wouldn’t have a way to take her home and wouldn’t feel pressured to adopt her on the spot, but as soon as they met he knew she was the one.

He raced home to get his car and came back to get Julep.

“There wasn’t a dry eye in the room,” shelter spokesperson Alix John Tolley said. “We see a lot of happy endings and try not to get too emotional. But the combination of her age and Wayne’s obvious adoration for his new ‘old lady’ left us in tears.”

Wayne knows he and Julep may not have a lot of time together, but he is determined to make the most of whatever remaining time they do have.

Were you happy to see Julep find a loving new home? So share this!