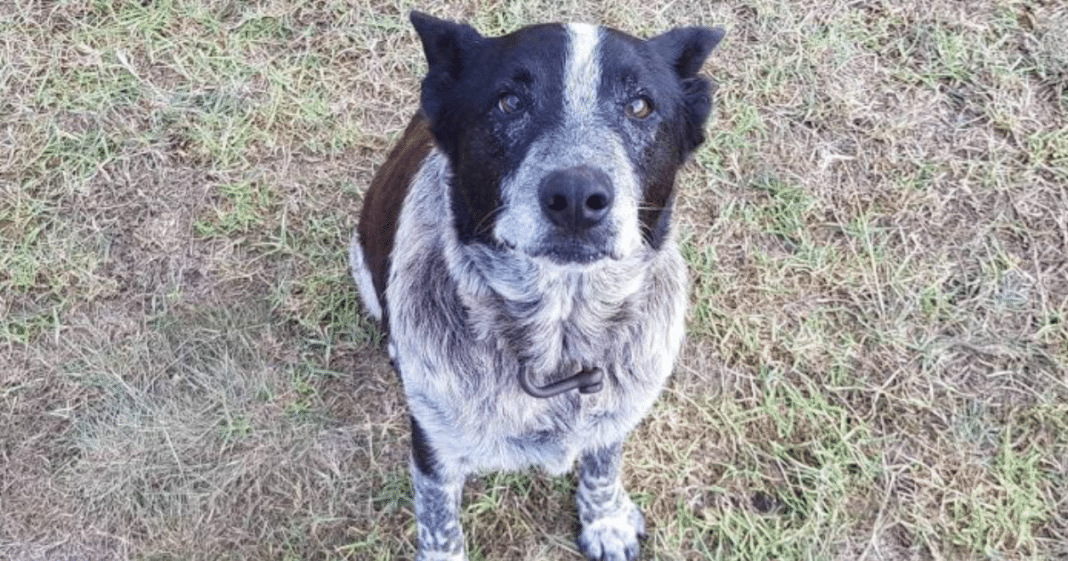 We see over and over stories of animal heroes who protect human beings and their offspring. Recently a blue heeler named Max in Australia guarded his beloved three-year-old companion when she wandered away from her home in the Australian Brush.

When little Aurora wandered away from her grandmother’s home, she apparently didn’t go alone. Max followed her and stayed with her the entire time, and it turned into an overnight harrowing experience.

On a Friday afternoon at 3:00 p.m., Aurora was reported missing. An initial search of the hills and woodlands surrounding the woodland area found no trace of Aurora. And then the weather got bad and started to rain.

The search began again on Saturday morning, and it was at 8:00 a.m. that they found Aurora being carefully guarded by Max.

“She found the dog first. Max led her to Aurora,” Leisa’s partner said.

Leisa said it was an emotional reunion with “a lot of tears.”

“When I heard her yell ‘Grammy’ I knew it was her,” she said. “I shot up the mountain … and when I got to the top, the dog came to me and led me straight to her.”

It’s a miracle that they were found.

“The area around the house is quite mountainous and is very inhospitable terrain to go walking in, so she’d travelled quite a distance with her dog that was quite loyal to her,” SES area controller Ian Phipps said. “The search was actually quite hard where the volunteers and the police were, amongst the very steep slopes full of lantana and other vegetation.”

Amazingly, Aurora was in great condition. She had some minor abrasions and cuts but that’s it.

“With the weather last night it’s quite lucky she is well because it was cold, it was cold and raining,” Phipps said.

“She’s a very hardy young lass to survive that without any ill effects and everyone, all the volunteers are extremely happy.

A happy ending for this family. We’re so grateful for loving, loyal animal companions like Max. For his loyalty, he was made an honorary police dog. He’ll never know that, of course. All he knows is he’d do it all over again to protect the little girl he loves.