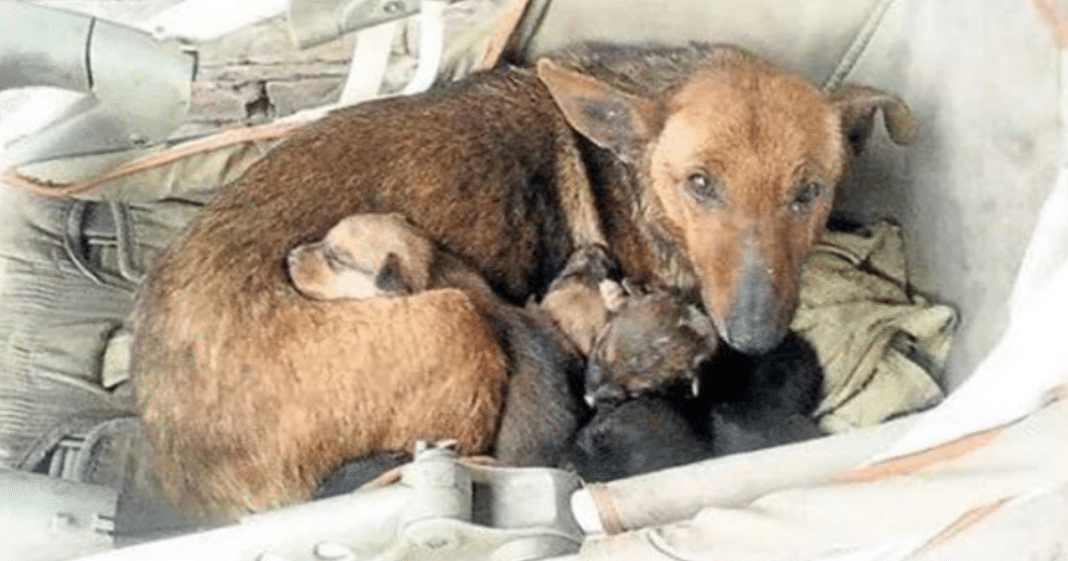 In a bizarre but inspiring story out of Argentina, a dog apparently sheltered an abandoned human baby in the street. This is yet another story of the loyalty that animals have towards human beings.

The dog, nicknamed “Way,” had her own litter of puppies to take care of when she spotted an abandoned human baby in a rural area outside of La Plata.

Alejandra Griffa, a woman who lived nearby, heard what sounded like whimpering or crying in a field behind her house. When she went to investigate the sound, she saw an infant lying beside “Way” and her six puppies. She immediately called the police.

It was cold outside, approximately 37 degrees Fahrenheit, and the baby surely would have it not been protected by Way, the police officer, Daniel said.

“She took it like a puppy and rescued it,” Salcedo told CNN. “The doctors told us if she hadn’t done this, he would have died. The dog is a hero to us.”

The director of the Melchor Romero Hospital in La Plata, Dr. Egidio Melia, said that the police came to the hospital late at night, and the baby was only a few hours old. The infant had some superficial scratches and bruises, and he was bleeding from the mouth, but was otherwise in good condition.

The baby’s mother was a 33-year-old woman who was suffering from depression, and was driven to the hospital by a neighbor the following morning.

Once again, we see the loyalty and love that dogs have towards humans. We hope this wonderful dog someday finds a forever home of her own where someone will care for her as she cares for others.