16-Yr-Old Nervously Takes Stage. In Seconds He Has Judges Begging Him To Pick Them! 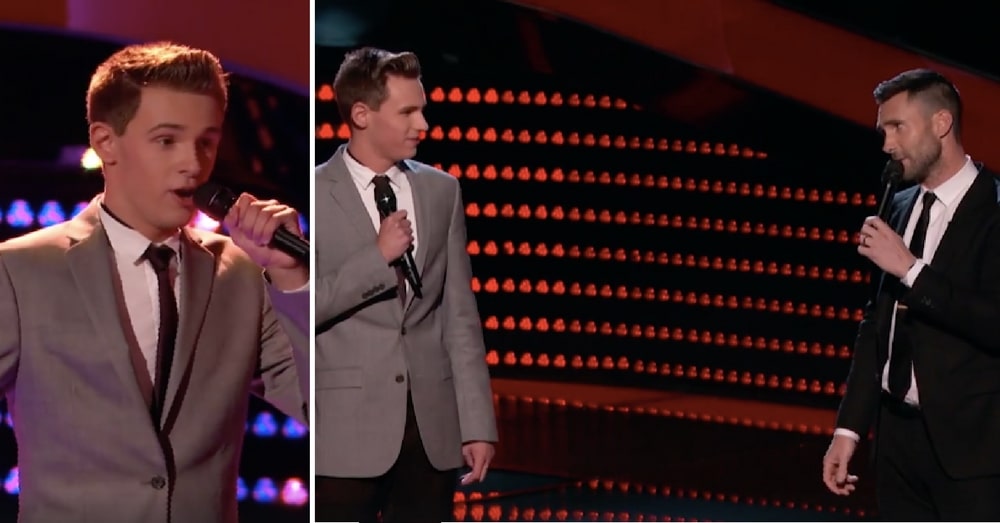 If you close your eyes for just a second you might think we’ve gone back in time. Listening to Riley Elmore croon the Frank Sinatra’s classic “The Way You Look Tonight” could make you swear Sinatra himself, or maybe Dean Martin, has come back from the grave.

The 16-year-old auditioned for The Voice this week and, even though he only got two chairs to turn, he won the respect and admiration of all four of the judges.

It only took a few seconds for judges Adam Levine and Blake Shelton to realize they both wanted the singer on their team, and they turned their chairs around, ready to duke it out.

When Riley finished his song to wild applause Adam told him, “There were moments that were brilliant, and I want to make every moment brilliant.”

He and Blake both compared Riley to popular crooner Michael Bublé and tried to make their cases for how they could help Riley become just as big, but it was Adam who won Riley over when he took the stage and did a duet with him. That is one moment this talented young teen will never forget!

Did you love Riley’s performance as much as we did? So share this!