14-Yr-Old Babysitting Niece, Then Mom Gets Chilling Text That Leaves Her Cold… 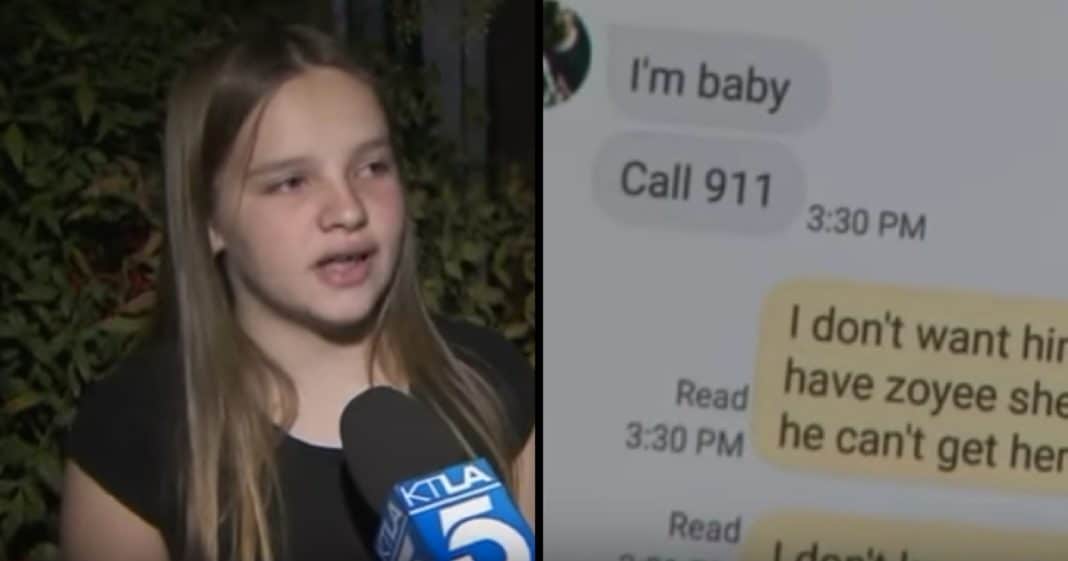 Teens often get a bad rap in our society – people say they are lazy, self-entitled, too into social media. The list goes on and on, but this definitely isn’t true of all teens. As Savannah Jones’ story shows us, sometimes teenagers are capable of bravery and self-sacrifice that surpasses that of many adults!

The 14-year-old was babysitting her 4-year-old niece, Zoyee, at their home in Montclair, California, when someone began knocking on the door.

Knowing no one was supposed to be coming by, Savannah didn’t open the door, but the knocking only became more persistent. She crept up to the peephole and saw a man she didn’t know standing on the porch, pounding on the door.

Something about the situation didn’t seem right to Savannah, so she grabbed Zoyee and took her into the bathroom. She told the young girl not to make a sound.

Savannah texted her mom to tell her what was going on, and that was when she heard a sound that left her cold – the man had kicked in the front door and come into the house.

Terrified, Savannah continued to text her mom while keeping Zoyee quiet and calm. The brave teen was more concerned with her niece’s safety than her own, telling her mom, “I don’t want him to hear me I have Zoyee she can’t get hurt he can’t get her mom.”

Thankfully Savannah’s mom was able to call police and Savannah and Zoyee remained quiet and safe until they got there.

Police are still looking for the intruder, but in the meantime, they have hailed Savannah a hero for her quick thinking and bravery in the midst of such a terrifying situation.

Were you amazed by Savannah’s quick thinking and bravery? So share this!