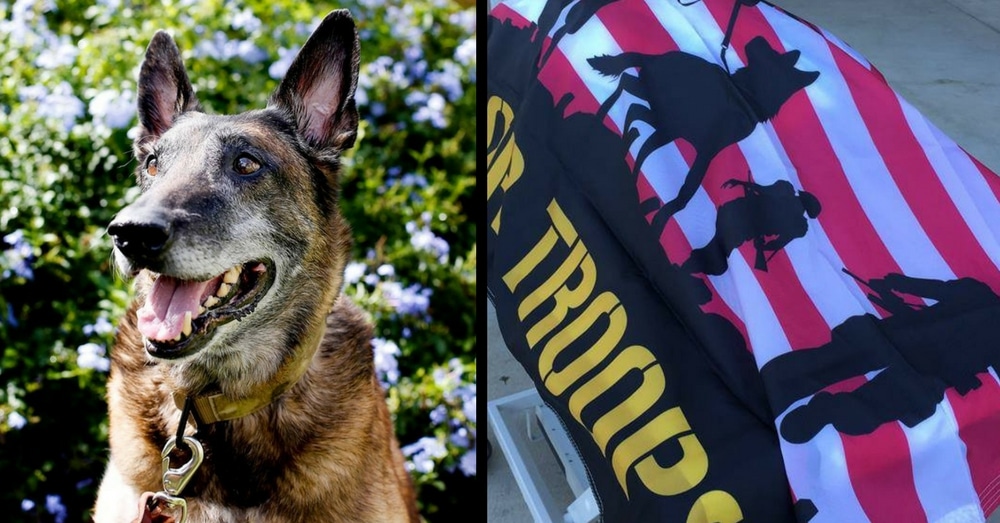 Anyone who owns a dog can vouch for how special they are. Dogs are unceasingly loyal and loving and would do anything for the people they love.

That is part of what makes them such an asset to soldiers – the brave canines are smart and agile, but are also willing to put their lives on the line to protect the lives of soldiers.

Nero was one such dog. He spent seven years of his life in Afghanistan working to protect hundreds of brave men and women.

When he was eight years old it was finally time for him to retire, but the journey home was a scary one.

Nero was the first dog brought back by Mission K9 Rescue, an organization based in Texas that helps military dogs find loving homes after they retire. But a pressure problem on the plane that brought Nero back from Afghanistan almost took the dog’s life. On the brink of death, the dog was rushed to the vet and thankfully his life was saved.

Shortly thereafter he found a home with Judie, a woman who loved him to pieces and gave him the life a retired military dog deserves!

By the time Nero went to live with Judie he was already considered a senior dog, and the pair only got two years together, but those were two incredibly special years.

Sadly, on October 26, Nero passed away at the age of 11 from an unexplained bleeding in his stomach.

Judie is heartbroken as she mourns the loss of her sweet friend. She shared some pictures and a heart-rending remembrance with Mission K9 Rescue.

“A hero died on this day Oct. 26, 2016,” Judie wrote. “Let us celebrate his life and honor his name. May we raise up prayers of thanks for his life and ask for eternal peace and love for him. Hero, Nero. Has left this earth to join his brother in war dog world, MWD Jukon. They now run the universe together.”

The hospital where Nero passed away covered his body with a flag, a fitting gesture for this heroic dog.

Were you touched by the way they honored this heroic dog? So share this!