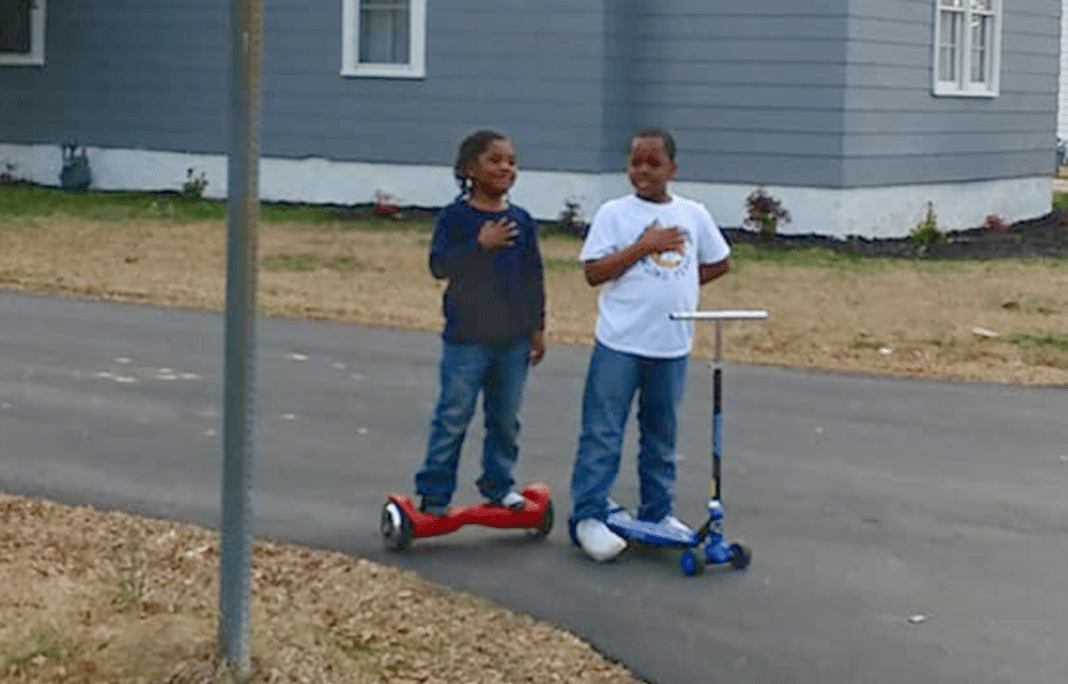 America may be facing troubling times, but even so, simple gestures can serve as a reminder that we are all in this together.

Firefighter/Chaplain Bobby Herring captured a photo of two young men who stopped to salute the American flag and recite the Pledge of Allegiance outside the Roseboro Fire Station in North Carolina. The simple act of patriotism on Friday went viral, and the boys, who are cousins, were honored by town officials.

“We wanted to respect our flag,” said one of the boys, Thomas Jones Jr.

This afternoon as Chaplain Herring was raising the U.S. flag to full staff, he looked over to the intersection and saw…

“It was just a very special moment,” he said.

Herring explained that the firehouse had their flag at half-staff to memorialize Renata Jean Pranger, 40 of Fayetteville. She was an EMS paramedic who died while on duty. After officiating her service, the station was raising the flag back to full-staff. 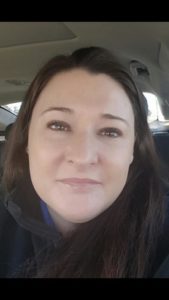 “I was raising the flag back up to full-staff and out of the corner of my eye, I caught Thomas and Derrick.”

“They were standing at full attention with hands over the heart, a Pledge of Allegiance, and I hurriedly grabbed my phone off my side and hurriedly took a picture,” said Herring.

“Whenever I saw that I basically came to a standstill,” he said. “It just grabbed me in a special way and I just knew I had to get a picture of it.”

Herring wasn’t quite fast enough to get the picture he wanted, so he asked 6-year-old Derrick Ingram and 8-year old Thomas Jones to recite the pledge again. This time, he got the perfect shot.

The firefighter sent the picture to the Fire Chief, who requested that he post it on Facebook. An hour later, the post went viral and reached 17,000 views, with a flood of positive comments.

When asked why he stopped to honor the flag, Thomas shyly but thoughtfully replied:

“I knew I should respect the flag because people been fighting to make my country free,” he said.

To protect our country,” Ingram added.

“I think in the state of affairs with our world right now, it’s amazing how kids, doing what is right, can bring us all together, if just for a moment,” said Herring.

“And it really reminds me that God can, in a way, take moments and turn them into miracles,” he continued.

“I think that’s what it’s done because it brought the whole community together, and our whole country right now,” he said.

Firefighter/Chaplain Bobby Herring and the two young men who have become famous appeared on Fox and Friends early this morning, here’s the video. https://t.co/s8ya8YCZNt

CBS 17 reports that the boys’ mothers are sisters. They are “extremely proud of their sons, but a little overwhelmed with all the attention.”

Ingram’s mother, Journey Pearson, was overcome with emtion when she heard about the viral photo at work.

“It literally brought tears to my eyes,” she said. “I was at work crying and showing everybody my phone.” 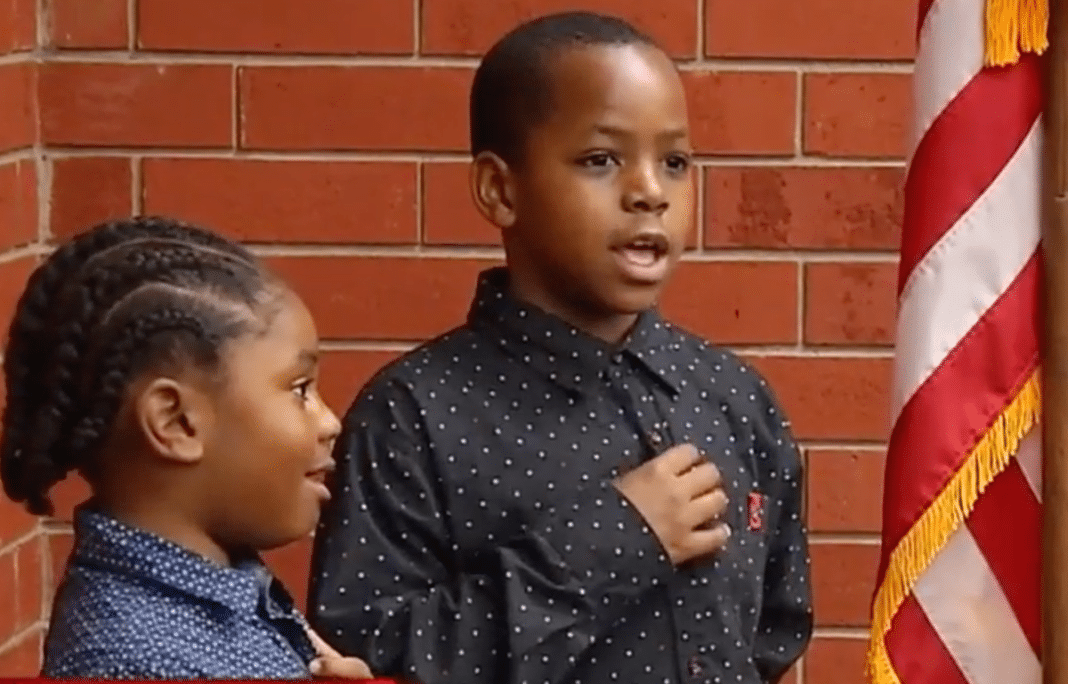 Jone’s mother, Rickeya Brown, said she believes this moment will be one the boys will remember for the rest of their lives.

“When they get our age, they’ll be telling somebody, ‘Look, this is what we did and we made a difference.'”

The boys were honored at the Town Board meeting on Tuesday, where they led the assembly in the Pledge of Allegiance and received special awards, including hearts for Valentine’s Day. 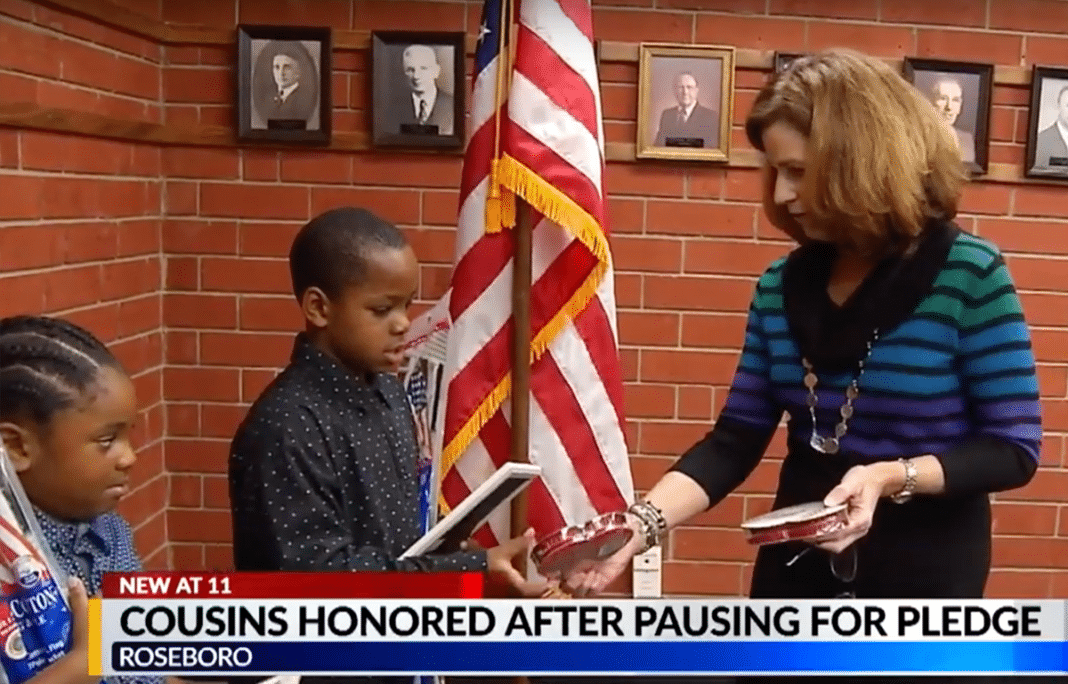 See more from CBS 17 below: