Writer told she’s ‘too ugly’ for selfies refuses to be bullied by cruel trolls, gets the perfect revenge 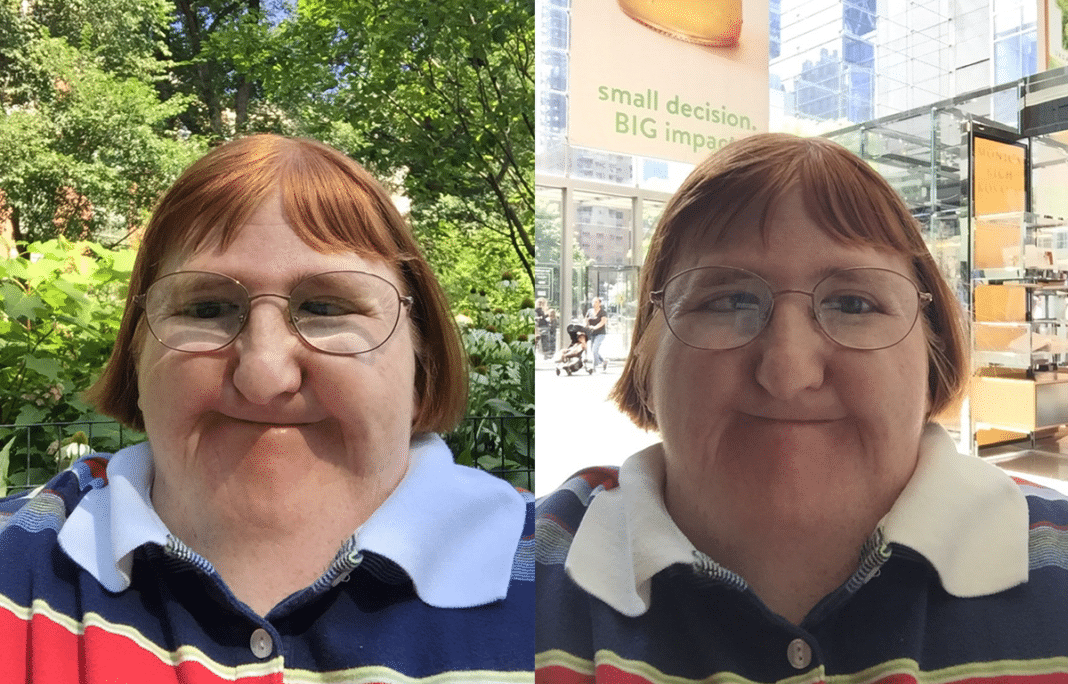 Melissa Blake is a freelance writer and blogger from Illinois. She covers disability rights and women’s issues for her blog, So About What I Said, and has been featured in many publications like the New York Times. As a person with a genetic disorder, she’s been on the receiving end of bullying on Twitter, receiving hateful insults about her appearance. However, the way she responded to the trolls has made the whole world fall in love with her.

According to CBS Chicago: “Blake was born with Freeman-Sheldon syndrome, a disorder “characterized by joint deformities,” according to the NIH website. She told CBS 2 she has undergone multiple surgeries due to the disorder.”

One of her recent articles appeared on CNN, in which Blake described the feelings she had about bullying on Twitter, specifically relating to President Trump. Like many Americans, she felt compelled to see what outrageous thing he would Tweet next, but then she realized it was affecting her health. She decided she was better off ignoring it, and suggested that others unfollow Trump as well.

“So when I went out of town last week, I vowed that I would refrain from reading Trump’s tweets. All week. A whole seven days. I did it, and it was a sort of blissful existence I never imagined possible — a level of calm that I haven’t felt since before November 2016. It was wonderful,” she wrote.

Ironically, Blake’s article about the harm of online bullying made her the target of trolls. A YouTuber named Mark Dice showed her picture and called her an “alleged journalist.” Then the hateful remarks started appearing in the comments, focused on the way she looks.

They called her insults like “potato head” and “blobfish.” It didn’t go unnoticed by Blake, who posted some of the remarks on Twitter.

“Reminder that this is what it’s like to be a disabled woman writer on the internet AND #ThisIsAmerica in 2019: A conservative YouTuber mentioned my recent op-ed about #UnfollowTrump. The comments? I’m fat, ugly and look like a blob fish, a parade balloon and a potato with a face.”

Reminder that this is what it’s like to be a disabled woman writer on the internet AND #ThisIsAmerica in 2019: A conservative YouTuber mentioned my recent op-ed about #UnfollowTrump. The comments? I’m fat, ugly and look like a blob fish, a parade balloon and a potato with a face. pic.twitter.com/ROczIXKNom

As the experience weighed on her, Blake thought about it and decided she wouldn’t let those trolls get what they wanted. She would post more selfies as a way to tell them “they’re not going to get the best of me.”

On her blog, she wrote about how it made her feel:

“The dig at my journalism credentials doesn’t bother me, but you know what?? I’m getting so tired of people (read: men) thinking it’s OK to insult a woman’s appearance. Yes, my disability makes me look different. Trust me, I know that. I’ve known that my entire life.

And people wonder why I’ve struggled so much with self-acceptance when it comes to how I look and our society’s notion of what “beautiful” is. It’s because of comments like these — comments that dismiss me and deem me unworthy.”

Well, Blake wouldn’t take it, and she doesn’t want other people with disabilities to face it either.

“This is just one more example of the type of ableism that people with disabilities face every day and it’s something I’m constantly trying to change.”

She made another post, along with three smiling new selfies, and the internet fell in love with her. Over 278K people liked her Tweet, and 26.7K shared it at the time of this writing.

“During the last round of trollgate, people said that I should be banned from posting photos of myself because ‘I’m too ugly. So ‘I’d just like to commemorate the occasion with these 3 selfies…”

During the last round of trollgate, people said that I should be banned from posting photos of myself because I’m too ugly. So I’d just like to commemorate the occasion with these 3 selfies… ???? pic.twitter.com/9ZuSYFOtwv

Blake suddenly received a flood of support, and her Twitter followers shot up from 7,500 to over 55.3K.

It wasn’t about the politics; it was about standing up to cruelty and bullying. CBC Chicago noted that one woman told Blake:

“You and I don’t agree on anything politically, but I don’t condone,” the attacks.”

When asked what advice she had for others facing bullies online, Blake said:

“You’re opinion of yourself is so much more important than what other people think of you,” said Blake.

She also suggests tuning out and blocking the haters whenever necessary. As they say, “Haters gonna hate,” but we don’t have to participate. As her blog’s motto goes, “Smart is the new sexy, awkward is the new cool, and flawed is the new beautiful.”

“People may say things, but you don’t have to listen,” she said.