Women leave baby in a hot car while they buy liquor, then the police show up and serve instant justice 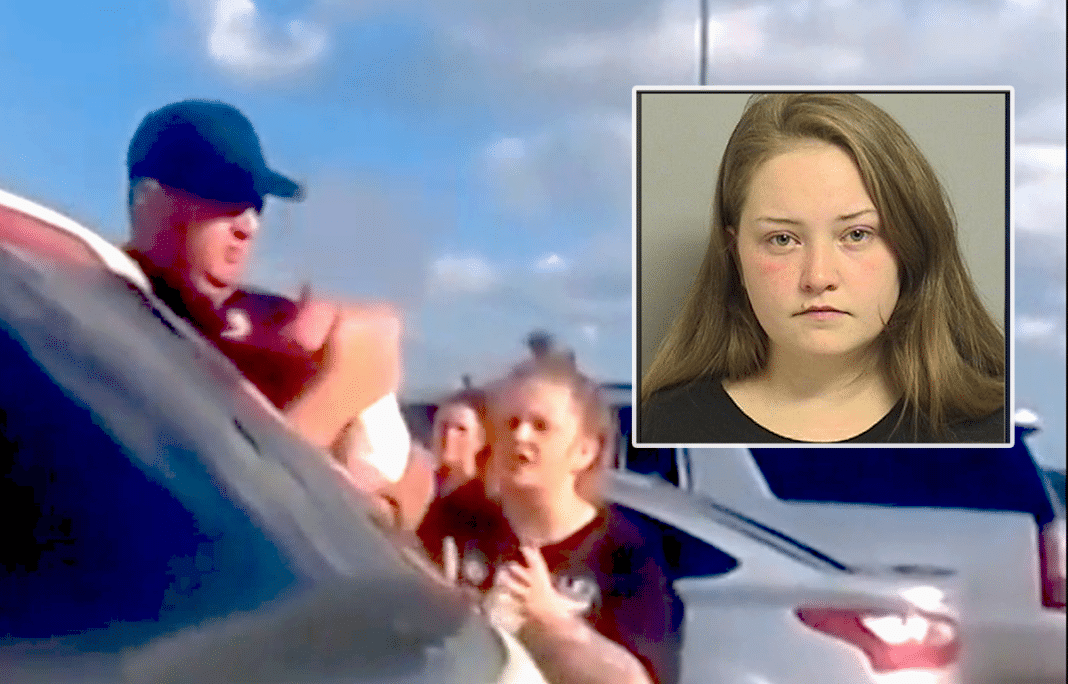 As the weather gets hot, the stories of people abandoning their kids in hot cars start coming in. Despite ample media coverage, it keeps happening. We can’t stress this enough: Don’t ever leave any child alone in a car, make a point to do a headcount every time, and be mindful that even the most intelligent kids can find themselves quickly trapped. A car can be lethal in a few minutes, with or without windows open, especially as the temperatures climb. Remember: Every year, an average of 37 children die in hot cars in the United States.

This time a mother and another woman from Owasso, Oklahoma found themselves in a world of trouble on a Wednesday after someone tipped off police they left a 14-month-old baby alone in a car with temperatures in the upper 80s. Why? They were buying liquor at the Owasso liquor store. Fortunately, someone heard the baby crying and phoned the police. The baby may have been there for 15-20 minutes according to witness reports.

In the video that has gone viral on social media, (see below) an officer lets the driver of the car have it as she exits the liquor store.

“Is this your car?” the officer asks.
“Yes, sir,” she replies.
“Open it up, right now,” he says forcefully.
“Come here, turn around and put your hands behind your back,” he says, cuffing the woman.
“What the hell were you thinking?” he asks.

Next, we see an officer carrying the crying baby to safety as the women protest that they believed the air conditioner was running in the car. However, the officers note that the car wasn’t running. The women’s excuses don’t prevent them from getting cuffed and arrested on the spot. Meanwhile, the baby receives an ambulance trip to the hospital. Fox13 reported that they found the baby “only wearing a wet diaper and showed signs of medical distress.”

On this day, with the heat index factored in, the temperature was closer to 91 degrees. It defies all logic and common sense that someone would leave a baby in a car on such a day, regardless if they cracked the windows or the car is left running. So it’s impossible to have any sympathy for 24-year-old Gretchen Markovics or another woman accompanying her that day. Now she faces charges of child endangerment and was held on $25,000 bond. 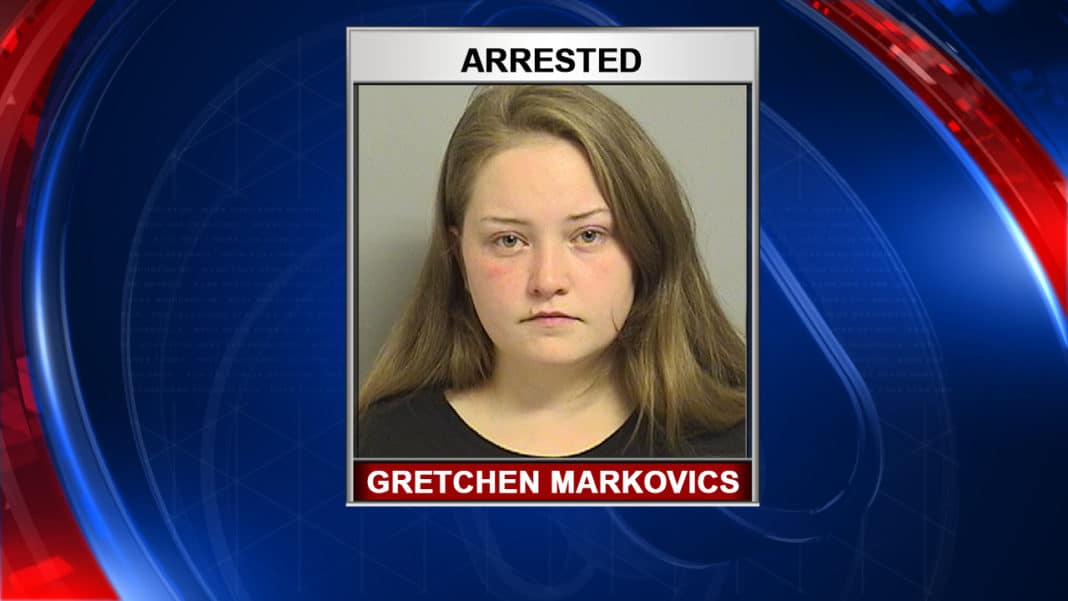 According to Fox23, Markovics’ baby was taken away from her and placed in the custody of the Oklahoma Department of Human Services after receiving the checkup at the hospital.

So a mother has lost her baby, but at least this time it’s not due to a tragic, senseless, and completely preventable death inside a hot car. Cars are like ovens and are much more dangerous than some people realize. We hope we can do a small part in changing that and saving more needless deaths.

“Children have died in cars with the temperature as low as 63 degrees.”

“Basically, the car becomes a greenhouse. At 70 degrees on a sunny day, after a half hour, the temperature inside a car is 104 degrees.”

“After an hour, it can reach 113 degrees,” said professor Jan Null.

Please share this to help get the word out as far as possible.

See the video from Fox13 below:

For a quick look at how quickly temperatures skyrocket inside cars, watch this short video developed by General Motors below: