Woman Takes 1 Look At Stranger In Aiport & Knows Something’s Wrong, Decides Not To Board Her Flight 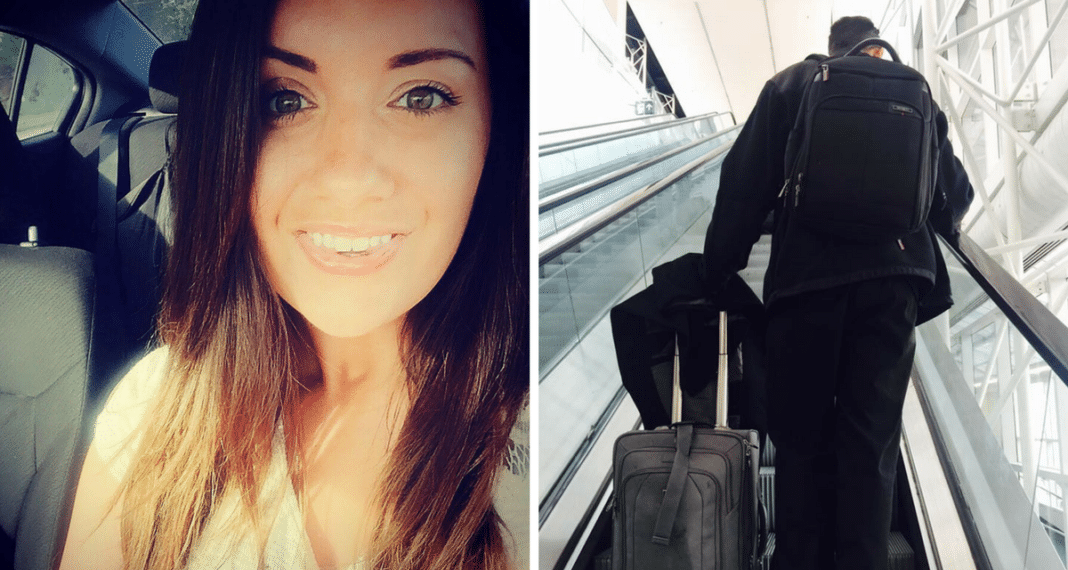 During the hustle and bustle of the holidays, most people feel inconvenienced to have their flight delayed. They want to arrive at their destination to see relatives and friends without delay. One woman named Shaina Murry purposely switched her flight to help a total stranger in distress. Shaina is surprised by how much attention her good deed has garnered, but she shouldn’t be. Her actions were selfless and kind and aided a young man with autism when he needed help most.

Shaina was on the phone while searching for her gate at the Dallas/Fort Worth International Airport. She glimpsed a young man lying on the terminal floor. Deeply alarmed, she couldn’t just pass by and leave him there. She had to see how she could help him.

“It was clear something was wrong, I just didn’t know what. It seemed best after asking him a few questions to call for medical assistance.”

After talking with the young stranger for a few minutes, Shaina learned his name was Will. She suspected he was autistic. Within those brief minutes, Will stole a piece of her heart.; this changed her approach to caring for him.

While they waited for medical staff to arrive, Will expressed to her he was afraid he was going to miss his flight. Knowing she needed to keep Will calm, Shaina called his mother. She conveyed to the woman how he wasn’t feeling well and that the medical team was on their way to examine him…

With Will’s mother on the phone speaking through Shaina, it was determined Will needed a bite to eat and something to drink. Shaina was more than happy to help as she shared in her Facebook post. “They were worried he would get sick again and didn’t know if he should fly.”

Today I purposely delayed my flight. And will always fly #americanairlines from now on. Here is why: while on the phone…

To help Will out, Shaina worked with American Airlines and the medical team to change her own flight. She knew she couldn’t leave him on his own. Together, the two strangers grabbed lunch. Afterward, Shaina escorted Will to his gate and made sure he boarded his flight without incident. Both Will and his mother were grateful to her for her help. She stopped to assist him when everyone else just walked past. She showed him compassion when he was weak and scared.

American Airlines never charged Shaina for changing her flight. She would’ve gladly paid the fee because it helped someone else in need. The airline called her while she and Will were having lunch to inform her that Will’s gate had changed. Once she got him there, attendants checked on Will to make sure he was all right. His trip to Louisville to see his mother went on without any problems.

“Today was not at all what I pictured it to be. It has turned out so much better. I had an amazing lunch with a wonderful young man from Louisville, Kentucky. While I don’t know him well, I know he has a heart of gold and a wonderful mother and sister who he loves very much. After texting with his mom- she loves him just as much.”

Shaina thanked the airline for its cooperation and professionalism during the emergency. She also credited the airport medical team and local police for their id as well.

She finally stated how despite personal trials, we all need help sometimes. It doesn’t hurt to stop to help someone else.