She Starts Singing In Middle Of Airport. Now Keep Your Eye On The Man With The Blue Scarf 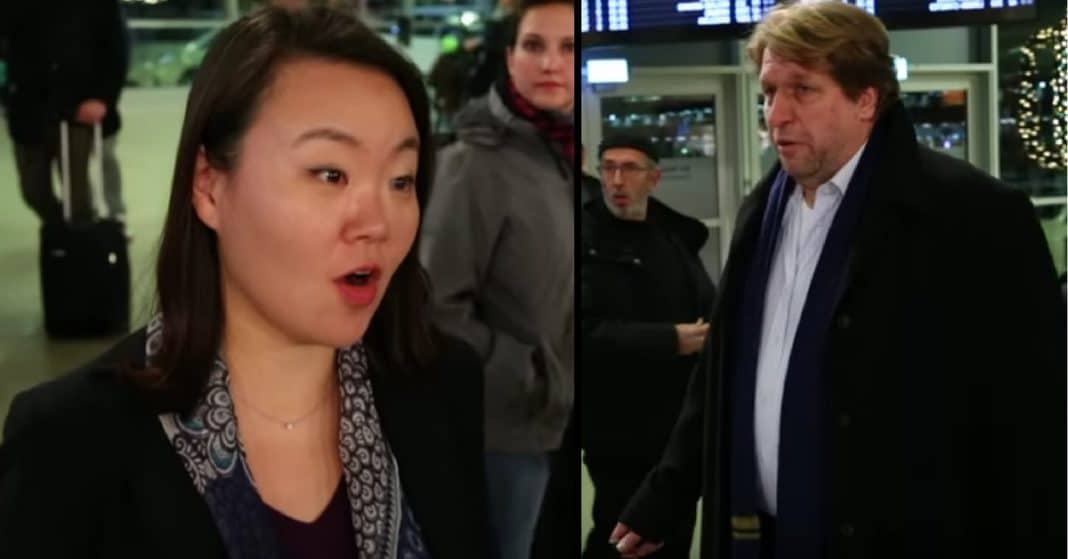 The holiday season is here! For the really festive people, the Christmas season arrived as soon as the clock struck midnight on November 1st!

Regardless of when it began for you, this time of year can be just as stressful as it is joyous. We all hustle and bustle to get things ready for that special December day.

As if preparing your home and trying to buy gifts during such a busy period weren’t tiring enough, traveling can be involved, and that brings a whole other level of stress.

With unexpected storms leading to inconvenient flight cancellations or delays on top of the typical trip disruptions that often happen, it isn’t uncommon to find a few unhappy campers at the airport.

Recently, though, something delightful happened at one of Germany’s most hectic airports when a few people came together to bring some holiday cheer to those around them.

As people hurried to and fro, a man and woman stopped and began to sing the beautiful Christmas masterpiece “Ding Dong Merrily On High.” People around them were a little stunned by their random caroling, and were even more surprised when others started to join in!

As more and more people joined the flashmob, delighted spectators pulled out their phones to record the group of singers.

Once that song ended, a janitor and several other men began a rendition of “Little Drummer Boy.” They walked together through the airport, gaining the attention of the people around them as others joined in. It wasn’t long before a couple of flight attendants were publicly singing “Hallelujah!”

All of this was caught on camera, and watching it is beyond uplifting. Hearing the beautiful voices and seeing the amazed looks on people’s faces made my heart smile.

What a blessing during this time of year that can be so fast-paced and tiring, and what a good reminder to slow down and appreciate what this season is truly about! Everyone was united, and I’m sure Jesus was touching many hearts as they hymned!

Did you love watching this Christmas flashmob as much as we did? So share this!