Woman Buys Snowglobe For $2 At Goodwill, Only To Find A Mother’s Ashes Inside 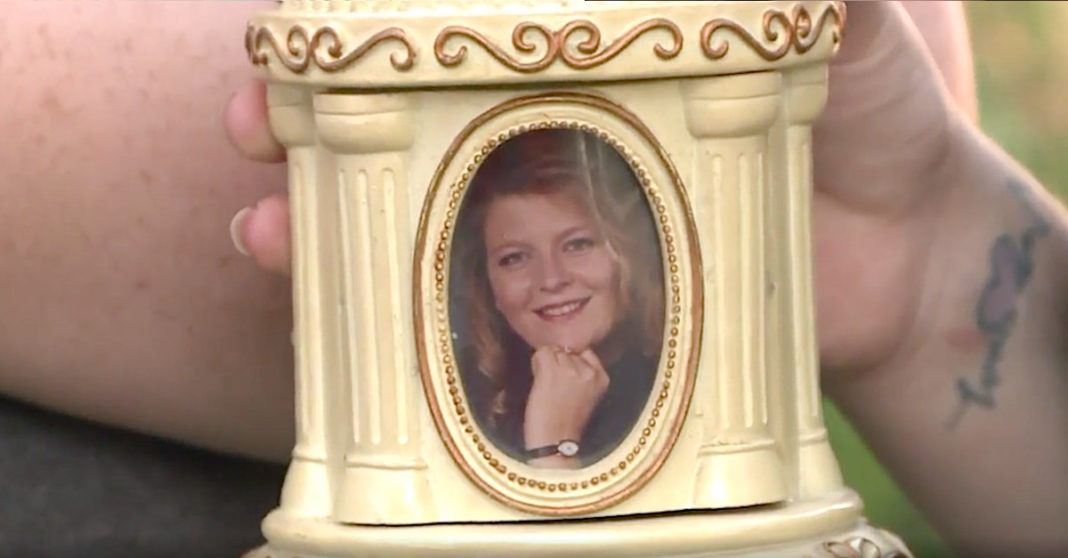 Sometimes, social media can be a force for good, after all.

Anita Minks, a woman from Park Hills, Missouri, south of St. Louis, went to a Goodwill store and found a snowglobe for sale for two dollars that played ‘Amazing Grace’ and had a picture of a woman on it. 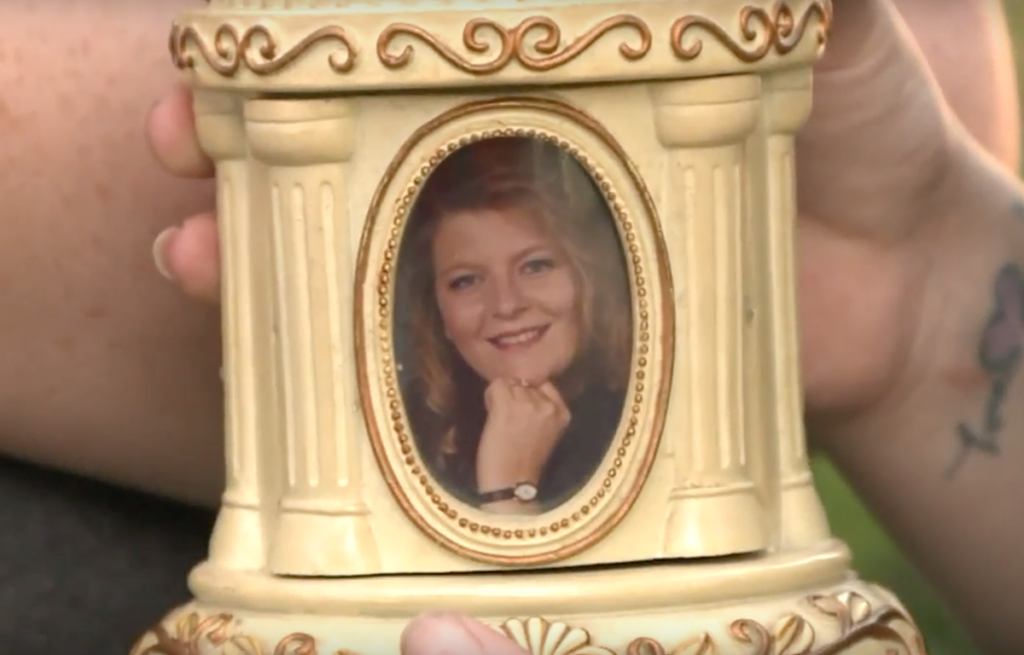 The picture of Tammy Banaszek on the snowglobe

She grabbed the item, thinking it would be perfect to place on her mantle next to an urn of her son’s ashes, who recently passed. She would remove the woman’s picture and replace it with one of her son.

On the way home, the top popped off of the snowglobe, and inside she found a little container and a white and purple ribbon. After removing some tape, she realized, to her dismay, that the woman’s ashes were inside.

Not knowing what to do, she turned to her daughter, Jeni Kinney, who immediately took to Facebook and posted a picture and description and put out a call to find the woman.

“I knew if it was my brother, I would want someone to try and find us,” said Kinney. “I wouldn’t want them thrown in the trash.”

After a thousand shares and a 24 hours later, she had located the late woman’s daughter, Jasmin Ellis, who was distraught to find out that her mother, Tammy Banaszek, had been sold for two dollars.

She had lost her mother in October 2013 to cancer.

“I saw the picture and as soon as I saw it, I noticed it was my mom,” said Ellis. “She’s going home. She’s going to be next to my daddy.”

Jasmin broke down in tears when she found out her mother’s ashes were put up for sale.

“She doesn’t deserve to be sold for two dollars,” said a crying Jasmin. 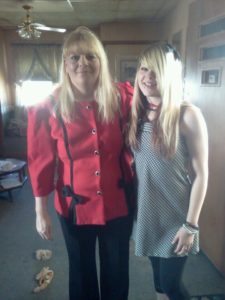 Jasmin traveled to the Mink’s home, where the two families came together and bonded amid their common sense of loss.

“We’ve been through a lot and if we can make someone else’s life easier, we want to,” said Jeni. 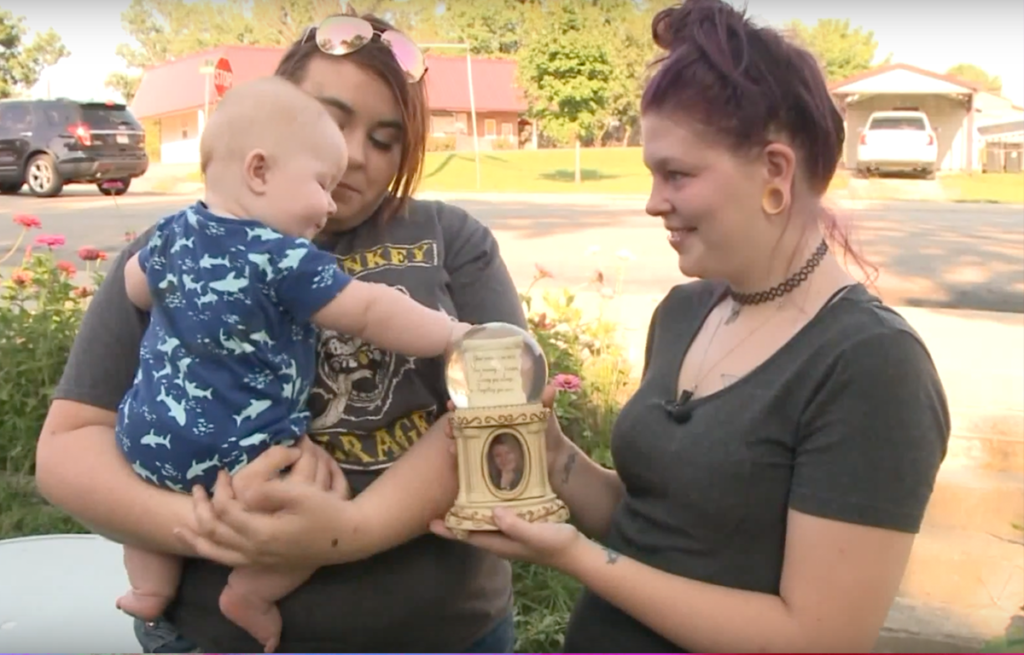 Jasmin’s family believes the snowglobe was stolen from a storage unit belonging to a close family friend.

She was grateful that someone had been kind enough to bring her mother’s remains back home.

“I’m really, really glad that there were nice people out there who helped find me to get her back,” said Ellis.

Now in finding the ashes of a lost loved one, the two families have found new friendships and a sense of family together as well.

See the interviews in the video from Fox 2 St. Louis below: