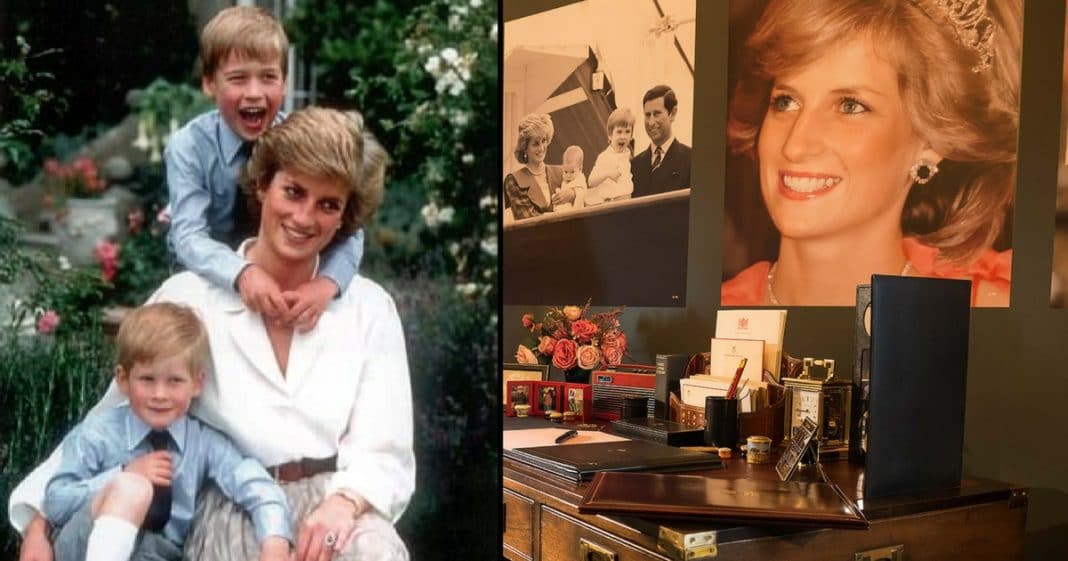 Princess Diana had an impressive soundtrack of pop and classical greats of the ’80s and ’90s at her fingertips as she worked from her desk at home.

George Michael, Elton John’s Greatest Hits Volume II, Diana Ross (One Woman, The Ultimate Collection), Dancing on the Ceiling by Lionel Richie, Verdi’s Il Trovatore(featuring her signature — perhaps to ward off anyone taking it!) and Carreras, Domingo and Pavarotti are kept in a case full of old cassette tapes that Prince William and Prince Harry have added to a display at Buckingham Palace. 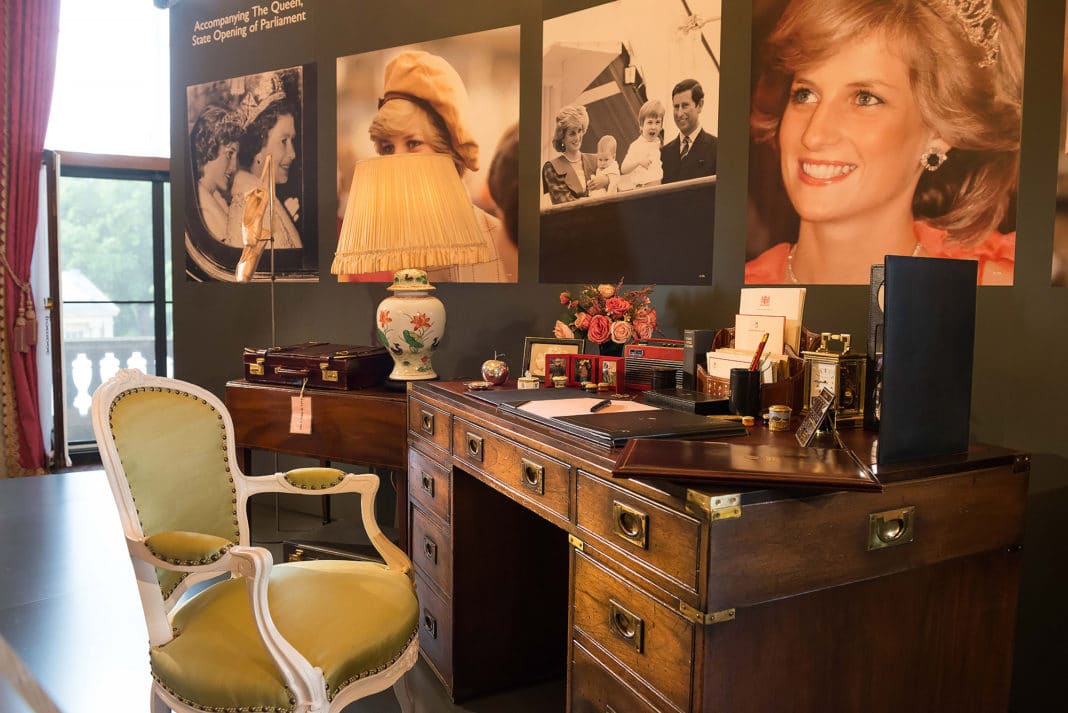 Diana’s sons picked out the special objects on her desk for an exhibit to mark the 20thanniversary of her death next month. It is the first time that there has been a Diana-centric element in the palace’s annual summer tour, which opens July 22. Tickets are available via the Royal Collection site. 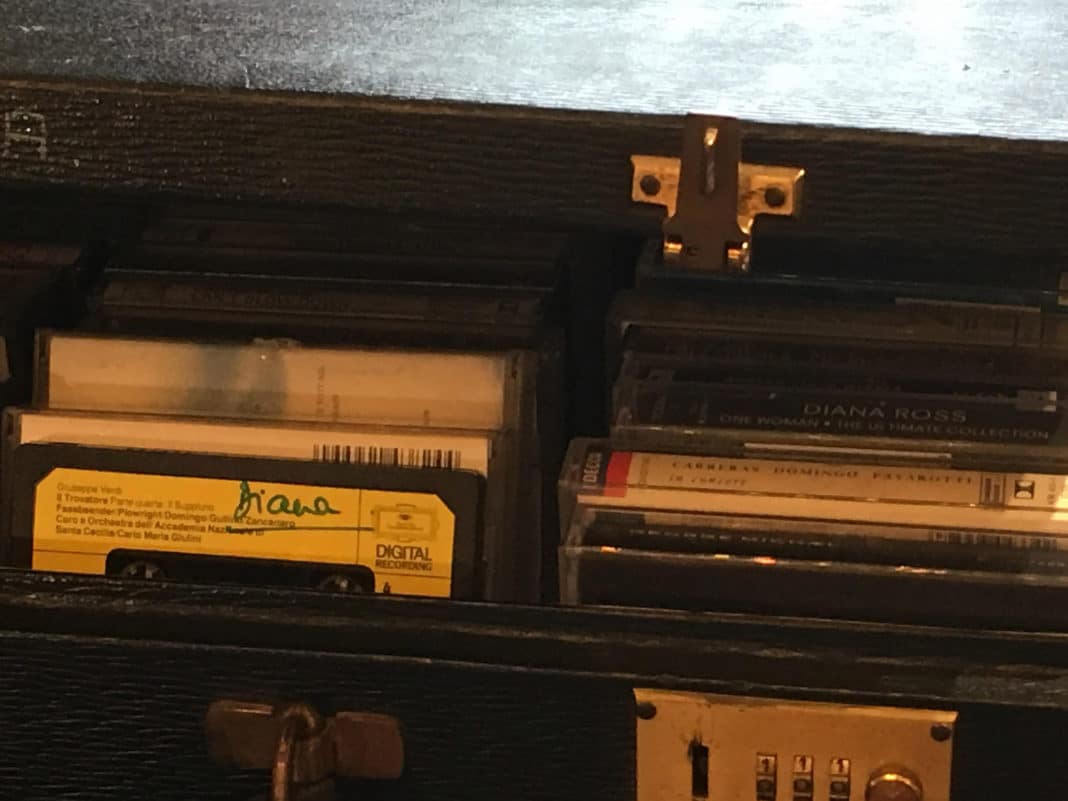 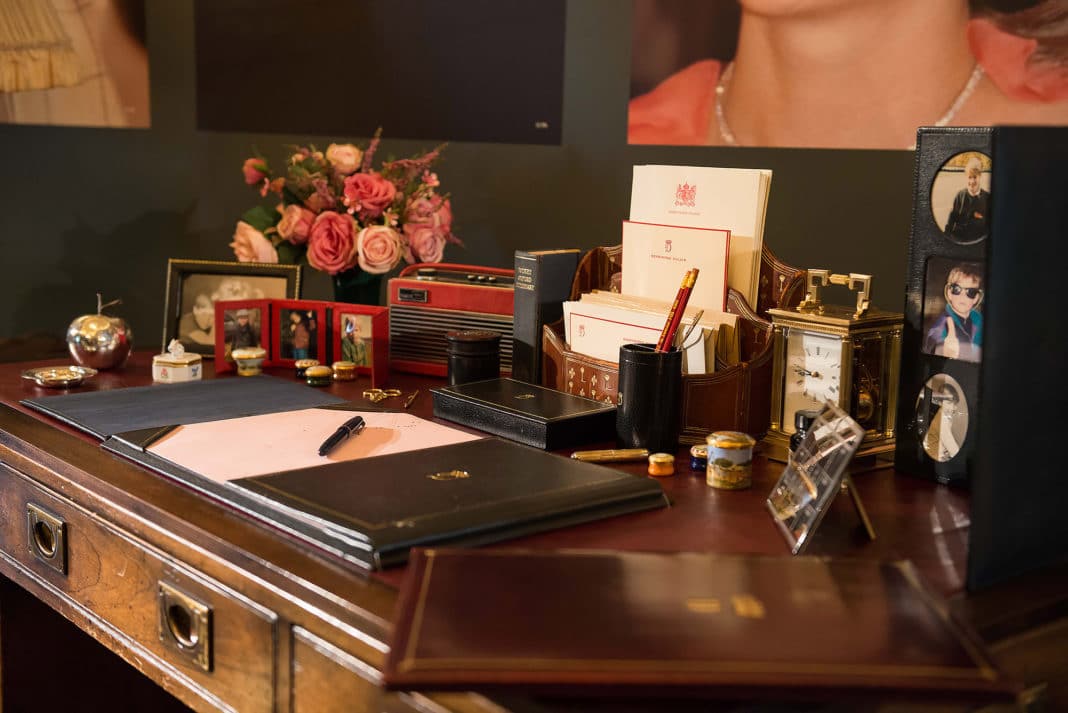 “I think people will find it personal and emotive,” a spokeswoman at Royal Collection Trust said of the poignant choices, that include a set of photos of Diana’s sons.

The exhibit, which also features a pair of her ballet shoes (signifying Diana’s love for dancing) and her old school trunk inscribed with “D Spencer” are chosen to sit alongside her desk that the curators at the palace have recreated.

Also on her desk is a Cartier silver desk calendar, engraved with the birthdays of herself, Prince Charles and their sons, and their wedding anniversary. It was a gift to her by President Ronald Reagan and his wife Nancy Reagan when Diana and Charles visited Washington, D.C., in November 1985. 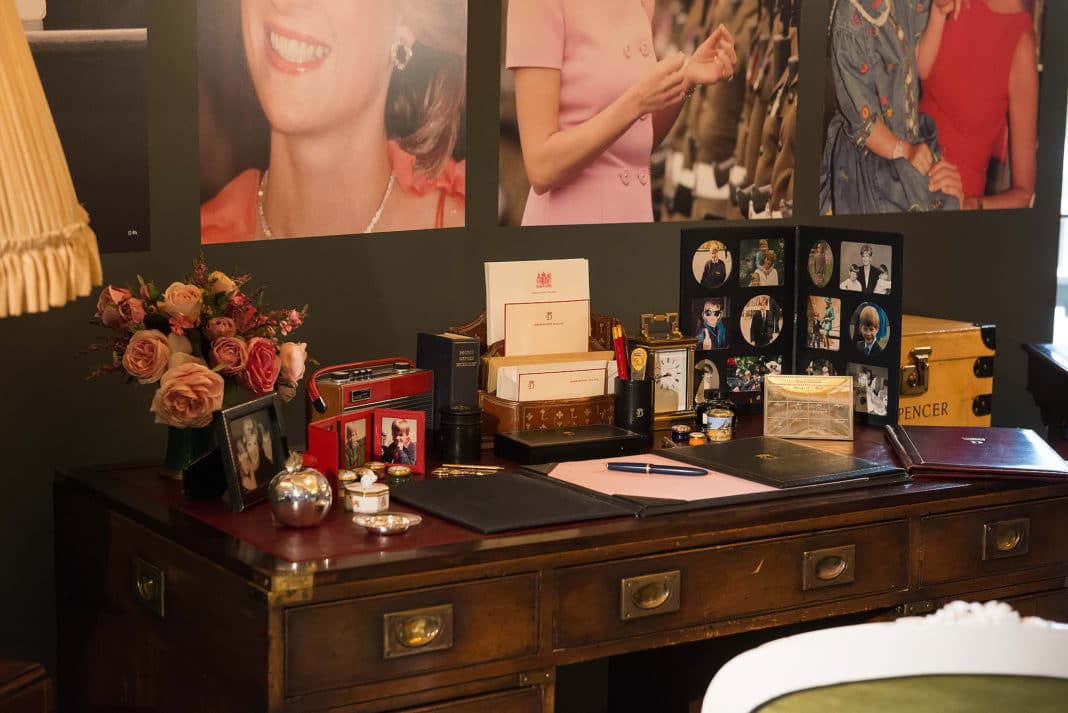 Read more about this special tribute to Princess Diana on People.