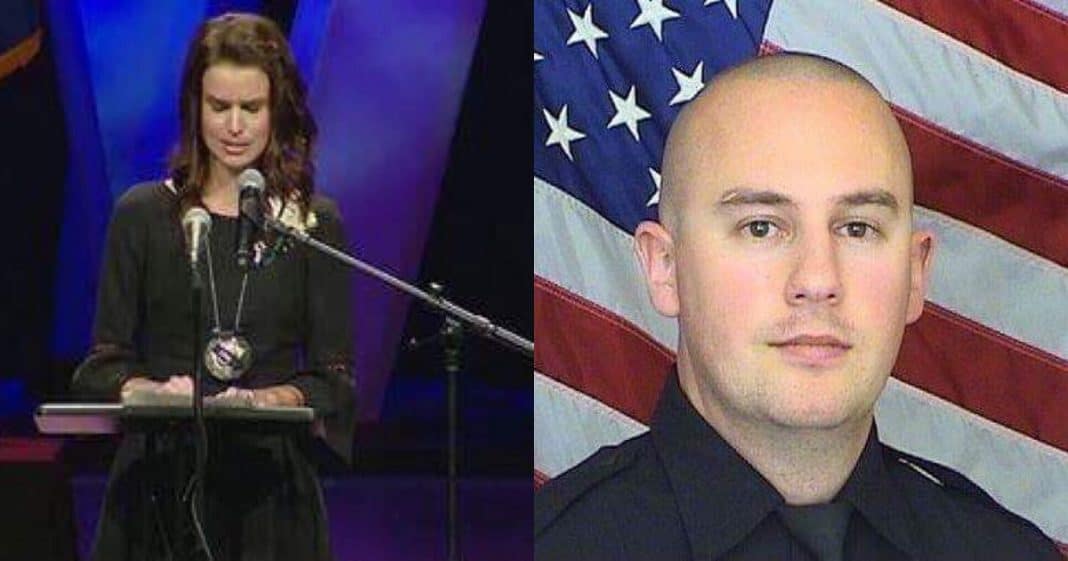 According to data compiled by the National Law Enforcement Officer Memorial, (NLEOM), 128 police officers were killed in the line of duty in 2017.

Of course,, this number isn’t exact; at least one valued officer was to sadly lose his life on New Year’s Eve, 2017. Sheriff’s Deputy, Zackari Parrish was killed in a shootout during a domestic disturbance where three other deputies and two officers along with two civilians received injuries.

Deputy Parrish, 29, was the father of two. He and his wife, Gracie were married for eight years. On Friday, January 5, Deputy Parrish was laid to rest and given every honor due an officer who fell in the line of duty.

END OF WATCH: This is 29-year-old Deputy Zacakri Parrish. He was shot and killed while responding to a domestic…

His funeral was attended by hundreds of family members, friends, and other police officers. The Cherry Hill Community church in Colorado was filled. Lines of mourners wrapped around the building as people waited to pay their respects to the officer and his grieving family.

During the service, Gracie went on stage and read a final love letter to her husband: “I’ve written many letters to Zack,” she first explained. “Some were love notes while we dated.  Some were letters tucked inside of his suitcase when he traveled. Others were emails that I’d write to him when my words couldn’t seem to make the cut.”

“Letters have always been a way for me to process and express my heart, so it only felt right to  compose this final letter to the love of my life.”

“My heart breaks for Gracie and the children now left without a father. How can you put into words your grief, hurt and pain? writing them down can help bring a sense of order and perhaps calm. But they can never bring the loved one you lost back.

“This is a letter that I never thought I’d write,” she continued, her voice filling with tears and emotion.

“It is one filled with grief and sorrow, pain and heartache. But it is also filled with  pride and joy.”

Gracie went on to talk about the ten wonderful years she had with her husband. She hoped one day their daughters could read the letter and remember their father with all the love and affection they shared.

Gracie vowed to do her very best with their daughters.

“I promise to tell them every day that their daddy loved them to the moon.”

“So save a seat in Heaven for me, and meet me at the gates when the Lord calls me home. I can’t wait to be held by you again.”

Then, through her tears, Gracie bid her husband a final farewell: “All my love, forever and always.”

Deputy Parrish also received a 21-bell salute. His funeral procession stretched for over a mile. Thank you, dear sir, for your service and ultimate sacrifice. You will not be forgotten.