Widow Of Gene Wilder Breaks Silence, Reveals Gene’s Final Words To Her Just Before He Died 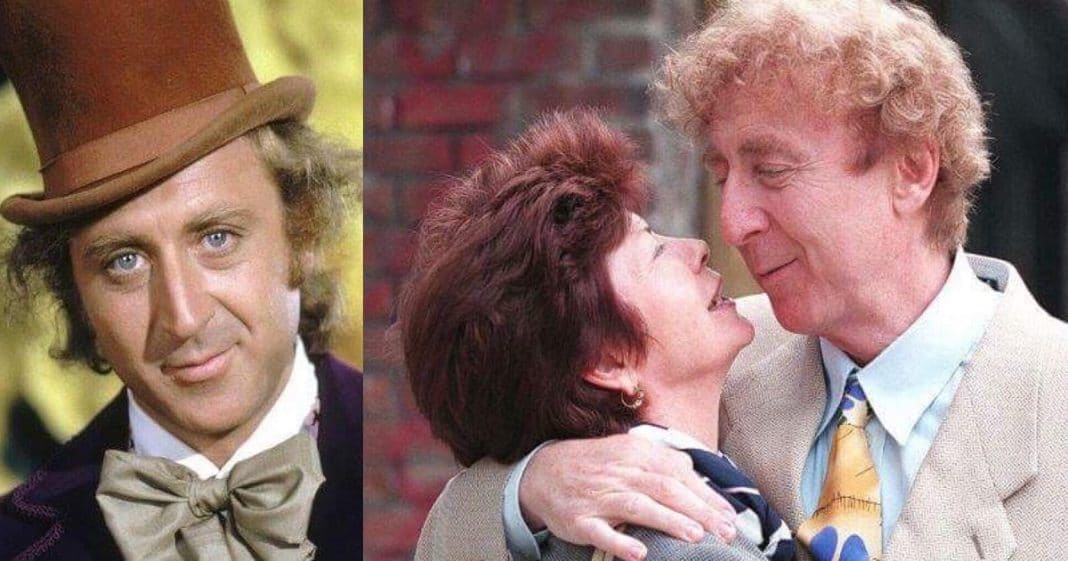 We lost the iconic actor gene Wilder to Alzheimer’s in August of 2016. Gene was best-known for his roles in the films “Young Frankenstein” and “Willy Wonka and the Chocolate  Factory.” He’d suffered from the disease for six years before succumbing at the age of 83.

Alzheimer’s is a form of dementia; the brain destroys memories. Those who haven’t been directly exposed to the illness might not realize one of the symptoms is the loss of motor function.

Gene’s constant companion and caregiver throughout his illness was his second wife, Karen Wilder. She recently opened up to ABC News about caring for gene and what her last moments with him were like. In an essay she wrote for ABC News, Karen discusses how she and gene met, fell in love, lived over 20 years in a happy marriage, and how she started noticing that something wasn’t quite right with her dear husband.

She writes:  The first signs of trouble were small. Always the kindest, most tender man (if a fly landed on him, he waited for the fly to leave), suddenly I saw Gene lashing out at our grandson. His perception of objects and their distance from him became so faulty that on a bike ride together, he thought we were going to crash into some trees many feet away from us. Once, at a party with  friends, when the subject of “Young Frankenstein” came up, he couldn’t think of the name of the  movie and had to act it out instead.”

Karen describes what it was like when she and Gene received the Alzheimers diagnosis: “Unlike other diagnoses, even some cancers, this one offers not even a shred of hope for survival.”

She talked about the steady, sometimes small progression of gene’s disease she observed for six years and how she tried to keep life as normal as possible for him: I watched his disintegration each moment of each day for six years. One day, I saw him struggle with the ties on his drawstring pants. That night, I took the drawstrings out. Then his wrist was bleeding from the failed effort of trying to take off his watch. I put his watch away.

“I was determined to keep Gene with me –- in California and, finally, at the home, we’d made together in Connecticut. We still managed to have some good times and to laugh, even at the ravages of the disease that was killing him.”

The disease might have been robbing Gene of his memories, but according to the Alzheimer’s Association, 40% of caregivers of those with Alzheimer’s die before their loved one. Karen fully understood how this was possible. It’s not just physically taxing to care for someone with this disease; it’s spiritually and emotionally draining as well.

Every day, you see your loved one slowly fading away. You can’t stop the disease or reverse it. You’re forced to watch its progression and do nothing.

Before he died, Gene hadn’t spoken in days. On the night he passed away, he finally spoke to Karen: “Gene died fifteen months ago. I was in the bed next to him when he took his last breaths. By that point, it had been days since he’d spoken. But on that last night, he looked me straight in the eye and said, three times over, ‘I trust you.'”

"I never pictured myself marrying a movie star. I also never saw myself spending years of my life taking care of one….

Did Gene know in some way he was going to die? Were his words meant to assure Karen he would be all right? Were they meant to let her know that all her love and caring mattered to him? That he understood all she had done for him?

With Gene’s death, Karen felt responsible for helping other caregivers facing the challenges of caring for someone with Alzheimer’s; she hopes to help others avoid seeing a loved one suffer as Gene had.

She was inspired to write her essay after the bill and Melinda Gates Foundation donated $100 million toward Alzheimer’s research. They hope to eradicate the disease and find a cure in our lifetime.

Karen mentioned how relieved and grateful she is that so much funding has been dedicated to this disease. She has gifted an Alzheimer’s awareness campaign with one of the most wonderful treasures: “I am profoundly grateful that this crisis, viewed for too long as insoluble, is receiving funding for the dedicated scientific community, with the goal of early diagnosis and ultimately a cure. It was in this vein that I allowed the use of my husband’s character of Willy Wonka to be used in the “Pure Imagination Project,” a new video campaign to bring greater awareness about Alzheimer’s and encourage each of us to do our part.”

Karen also stresses the importance of not forgetting those caregivers of Alzheimer’s patients. These family members and friends often go unforgotten but yet they take on the most responsibility.

“I am grateful that Gene never forgot who I was. But many caregivers of Alzheimer’s patients are less fortunate.”

“Every year, Alzheimer’s disease costs our nation an estimated $259 billion, according to the  Alzheimer’s Association. At this hopeful moment, when there is more momentum than ever towards finding a cure and treatments, let’s also remember the desperate need of caregivers.”

“It is a strange, sad irony that so often, in the territory of a disease that robs an individual of memory, caregivers are often the forgotten. Without them, those with Alzheimer’s could not get  through the day, or die — as my husband did — with dignity, surrounded by love.”

What a brave woman Karen is. She endured six years of emotional torment and physical challenges. These trials would wear the strongest among us down. Karen was smart seeking out resources; the Alzheimer’s Association assisted her and gene.

With education and knowledge comes help. Until a cure for this horrific disease is found, help, love, care and support are all we can offer our loved ones struggling with this illness.