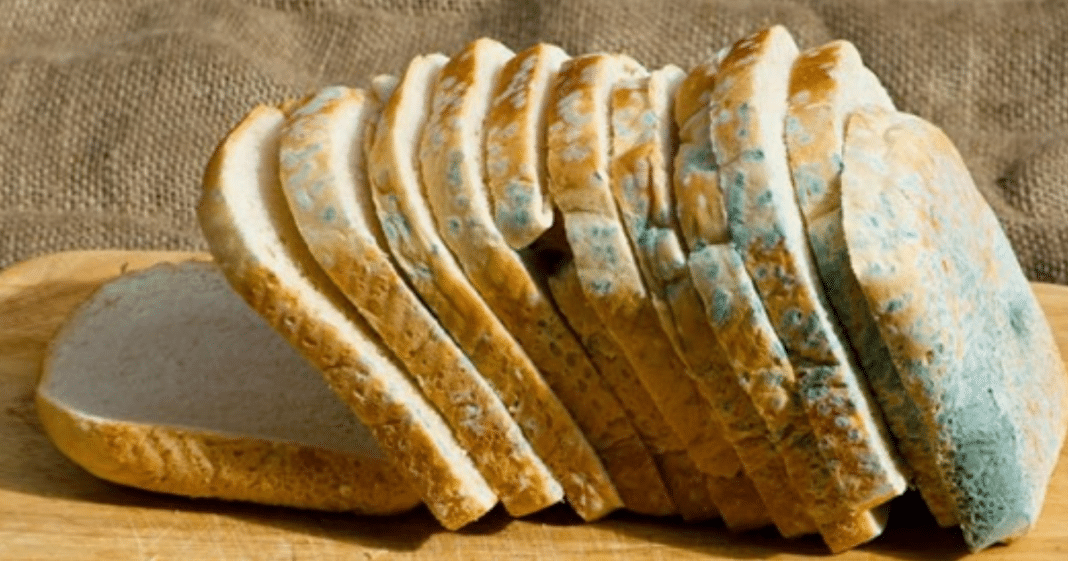 Who among us hasn’t scraped the mold off of a piece of bread and eaten the part that looked clean? C’mon, you can admit it. Chances are, at some point in your life you’ve either done it yourself or watched someone you know try it. After all, waste not, want not. Who wants to throw away a whole loaf of bread if it’s just the corner of one piece that looks fuzzy?

Well, as it turns out, a viral Science Insider video is spreading the news about why that’s a really horrible idea. Just as with mushrooms, all mold is not made equal. You wouldn’t want to eat a mushroom you weren’t 100 percent sure about, and it’s the same thing with mold. It’s a type of fungus. Although it’s really tiny, it can be deadly.

Now we know that the first antibiotic ever used came from a specific type of mold that grows on bread: Penicillium fungi. Drugs made from penicillin, which was discovered in a lab in 1928 by Alexander Fleming, work by indirectly bursting bacteria cell walls. They essentially cause the bacterium to burst. 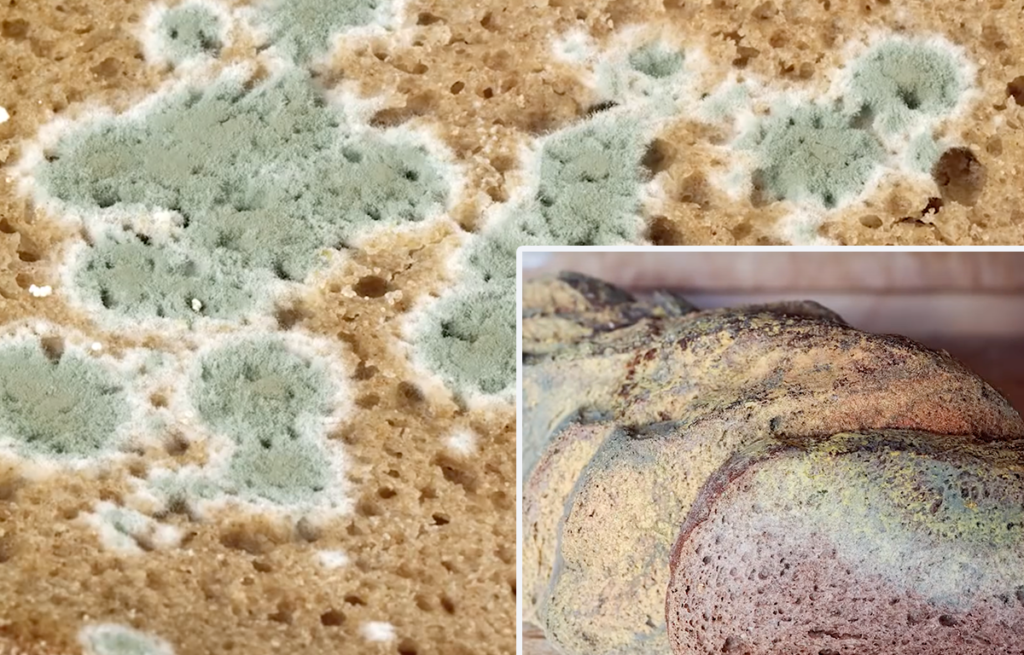 As great as penicillin can be for blowing up dangerous bacteria, it’s just one of hundreds of thousands of molds. Many of them would just love to grow on your loaf of bread, given the chance. Importantly, while it looks like you could just scrape off the affected part, there is an unseen web of root structures growing in the bread that you can’t see called hyphae. Gross, right? Those roots can also contain dangerous toxins.

Not only that but if you can see the mold, that means it’s making millions and millions of spores. Your entire loaf might be infected. Without a microscope and a degree in laboratory science, you won’t be able to tell if the mold you’re seeing is safe or not. Or you could scrape it off and eat it, similar to playing Russian Roulette. (Don’t try that at home, kiddos.)

Even a type of penicillium called Penicillium crustosum can be quite dangerous, as you’ll see in the video. It can cause severe muscle tremors that might make you think of The Walking Dead.

Another type called Rhizopus stolonifer, which can be a shade of blue-green, is particularly deadly in some rare cases, causing a disease called zygomycosis. On the other hand, it is also used for a component of steroids used in some birth control pills.

That mold on your bagel is likely Rhizopus stolonifer, AKA black bread mold. Explore the world of fungi this summer: https://t.co/Le6NqKjZG8 pic.twitter.com/yGa7t8oqrb

So you see, it’s definitely not worth the risk to save a couple bucks and scrape off that moldy bread. The next time you see someone do it, you might ask: “Would you scrape the mold off your basement wall and eat it?” The answer will be no in that instance, and should probably be the same when it comes to your sandwich.

As always, it’s best to follow the old adage:

“When in doubt, throw it out.”

See the video from Science Insider below:

More about molds on bread and cheeses from Today I Found Out below: