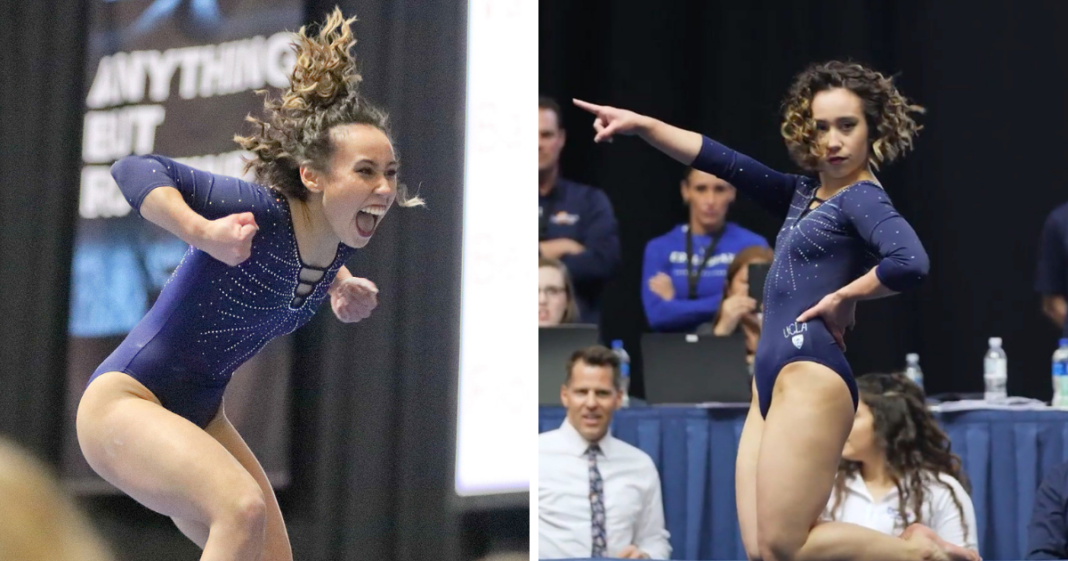 Gymnastics is one of the most popular Olympic sports and spectator sports. It’s not hard to imagine why. These young people who do this as a sport defy gravity and seem to even defy time and space! They fly through the air performing feats most people would never imagine themselves doing. And occasionally, one young gymnast stands apart from the rest and does something so extraordinary, the entire world noticed. 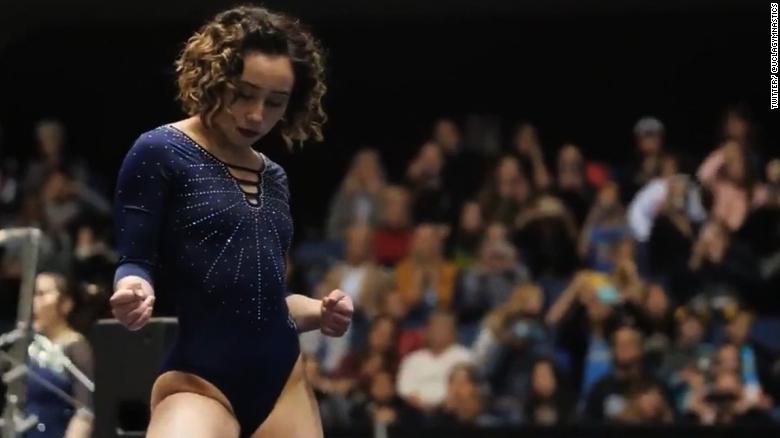 On January 12, UCLA gymnast Katelyn Ohashi, 21, has performed a 90-second floor routine that has gone viral. Not only are her moves over the top spectacular, but she made it really cute with a Michael Jackson inspired theme. Her routine also featured music by Tina Turner and Earth, Wind, and Fire.

And that’s not all. She received a perfect 10 from the judges.

Watch the breathtaking video below.

What really iced the cake of this fantastic routine is how she executed it. She started with a series of complex flips, but when she landed on the floor, she broke into dance, throwing her arms up and down before spinning in circles. And she was loving it, as evidenced by the big smile that was on her face. She even pointed her finger at the crowd at one point before clapping her hands above her head to encourage them.

A ? isn't enough for this floor routine by @katelyn_ohashi. ? pic.twitter.com/pqUzl7AlUA

At the end of her routine, Katelyn wrapped it all up in a series of flips and splits, including three backflips, in which she collapsed to the mat and popped right back up. The crowd went wild. 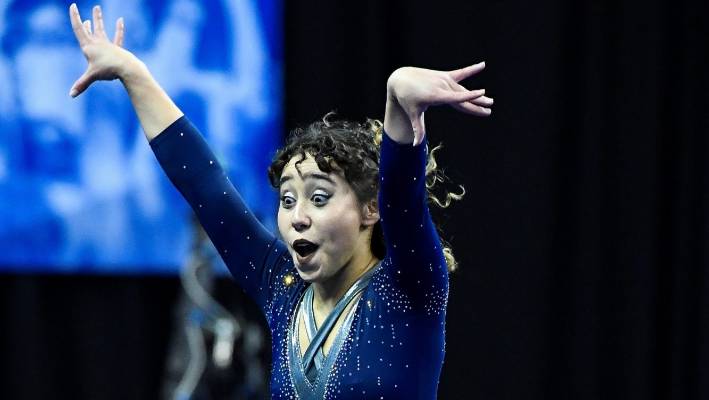 As amazing as she is, Katelyn is not destined for the Olympics, reports say. Previous injuries to her back and shoulder have obscured the path to that goal.

Katelyn performed her routine at the Under Armor 2019 Collegiate Challenge. This is the second time she’s performed a routine that won her a perfect 10 from judges. The first time was in 2018 as an NCAA champion. That video also went viral.

She is currently the reigning NCAA co-champion in floor exercises. Katelyn is a gender studies major and has more than 230,000 Instagram followers. She’s also very passionate about the positive body image movement.

More than 20 million people have viewed the clip.