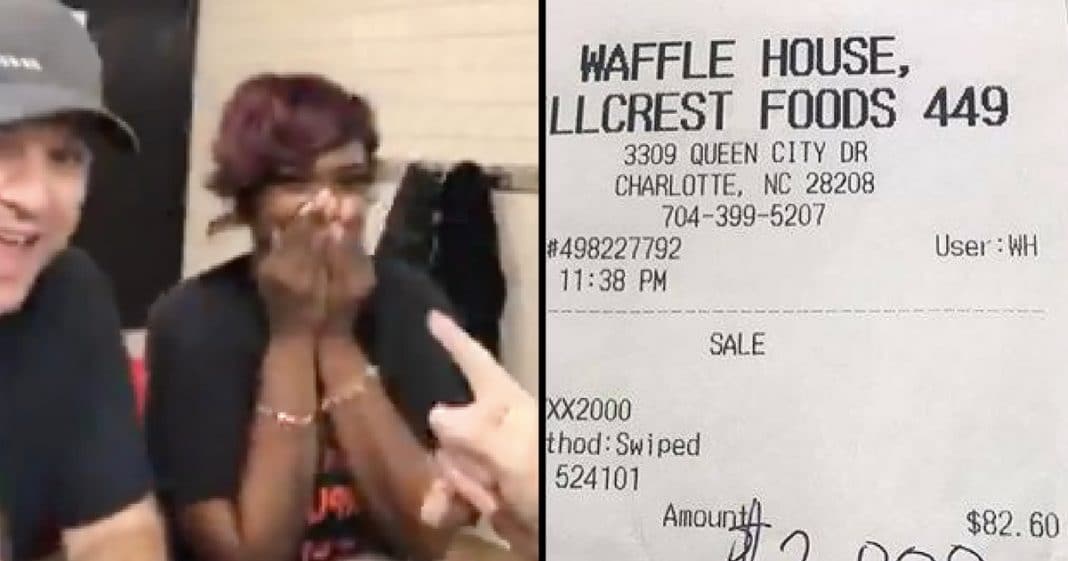 A lot of celebrities post their daily activities on social media – selfies with fans, videos, and shoutouts usually end up on their feeds.

Donnie Wahlberg is no exception. The New Kids on the Block band member and Blue Bloods star was recently in Charlotte, North Carolina, with his band when he dropped in on the local Waffle House for some late night grub.

Wahlberg has been a long-time fan of the restaurant. He’s dropped in on Waffle Houses all over the country and posted about his time there. He always gets to know the servers taking care of him at the breakfast joint and makes sure to thank them on social media.

Thanks to Darby, Cole and crew, at Youngstown, Ohio #WaffleHouse! pic.twitter.com/ID750zQfua

Great crew at @WaffleHouse in Edgewater MD! Thanks for the awesome service! Night made! #WaffleHouse! pic.twitter.com/7OLoF2U0xr

Another night – another waffle! Thanks to Bre, Kira & Marquan at Toledo, Ohio @WaffleHouse!
You guys are awesome! Thank you! pic.twitter.com/AQE5P2WtzA

This time, though, he would do a little more than just post about his experience at the place. The group’s bill for their hash browns, steak, and eggs was $82.60, but Wahlberg left a tip that would leave his servers shaken.

He later wrote on his Facebook page: “My mom waited tables, and my dad tended bars– for years! So, when I walk into a #WaffleHouse, and the staff treats me like a king, you better believe I treat them like queens! Thanks to the team at @wafflehouseofficial Charlotte, NC!”

And thank him he did by leaving a $2,000 tip! Wahlberg posted a picture of himself with the servers, along with the bill.

“Our sweet waitress was still shaking as she delivered our coffee,” Allison Kalama told CNN. She is a big NKOTB fan and went to the restaurant after seeing the Facebook Live video Wahlberg had made. She and her friend were captured in a selfie with the musician and actor.

Another fan, Cindy Higashi, said about the servers reactions: “They were screaming and cheering! It was very gracious and generous of him to leave such a great amount.”

Wahlberg didn’t just give out a generous tip; he handed out backstage passes and tickets to NKOTB’s show for the following night.

“I know him to have a huge heart and incredibly generous with both his time and affection,” Kalama said. “And apparently now his wallet as well.”

Were you touched by the kindness Wahlberg showed to the Waffle House staff? So share this!