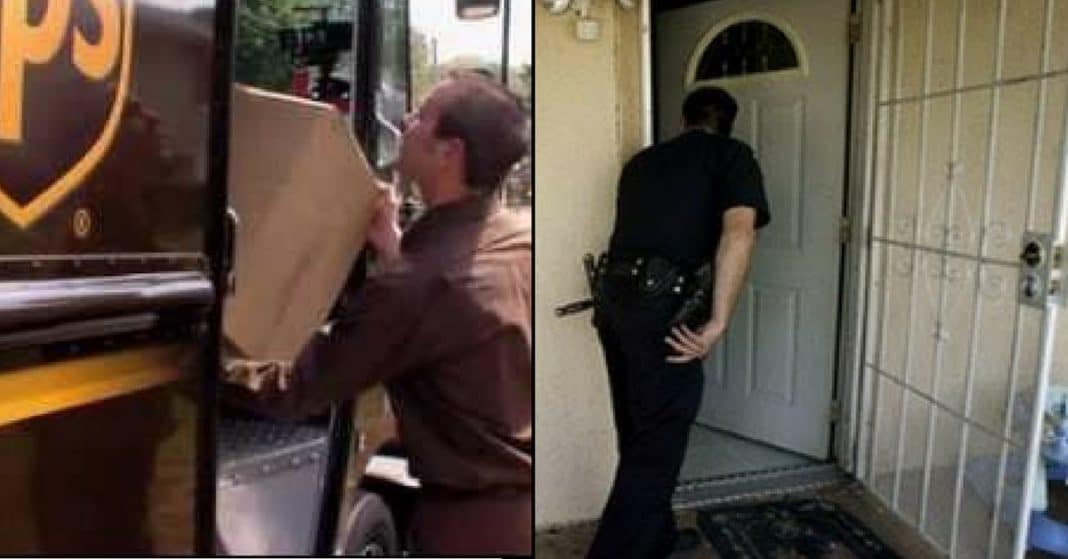 I don’t know about you, but whenever I watch a movie where someone is taking down a bad guy or hear a story about someone doing something heroic, I think about what I would do in a situation like that.

Would I stand up to the bad guys or run away? Would I put my own life at risk to save someone else?

Well, UPS drive Lee Purdy doesn’t have to wonder what he would do. Thankfully, though, his situation ended a little bit differently than he first thought it would.

Lee was delivering packages on his route in Clackamas, Oregon, when he heard something coming from inside a house that gave him pause. It sounded like a woman was calling for help.

Concerned but not quite sure what to do, Lee called his wife to ask for advice. He told her the voice sounded kind of weird, but if there really was a woman in distress he wanted to help her.

Lee’s wife told him to hang up and she quickly called the police.

“It was clearly weighing on him, so she thought she’d better call,” said public information officer Brian Jensen.

When the cops showed up, they cautiously entered the house, prepared for whatever they might face.

Well, at least they thought they were prepared for anything. When Deputy Hayden Sanders finally spotted the culprit, he couldn’t believe his eyes.

There, in the middle of the room, he found a parrot sitting on his perch squawking “Help.”

It was clear the parrot, named Diego, wasn’t in immediate danger and it was a false alarm, which relieved the responding officers.

“We’re just glad that no one, including the bird, actually needed any help,” he added.

When Diego’s owner, Susan Baird, was asked about Diego’s troublesome squawking, she said it’s not the first time he’s stirred up some controversy.

Apparently, Diego loves repeating words and even mimics the sounds of other animals, but one of his favorite phrases is “Help me.” During a party, a friend grew very concerned after hearing someone repeatedly yell for help from the other room.

Susan explained she had been away for a couple of weeks and Diego had been lonely, so when he heard the UPS man outside he got excited and started shouting “greetings.”

“He does not like me to be gone for a long time,” Susan said. “He has really missed me.”

Well, Diego’s calls definitely caused quite the stir! We’re just glad this story had a happy and humorous ending!

Were you surprised when you saw where the voice was really coming from? So share this!