Two Years Before Her Murder, Mollie Tibbetts Opened Up About Faith In God And The Power Of Prayer 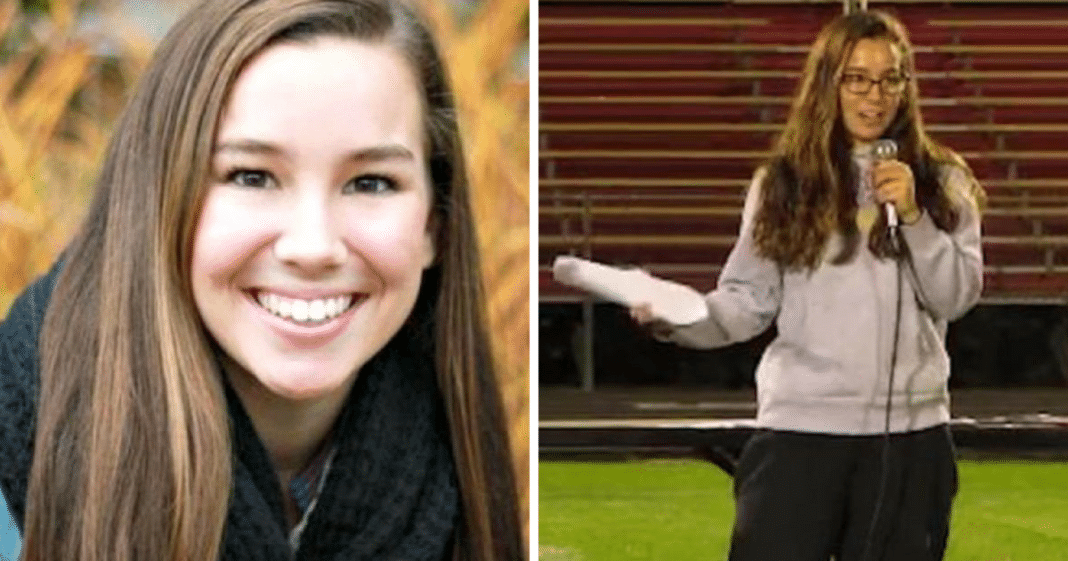 Five weeks ago, 20-year-old University of Iowa student Mollie Tibbetts went missing after heading out for a jog. Her family held out hope she’d be found alive and well. Sadly, her body was discovered hidden in a cornfield on Tuesday.

Her alleged killer, an illegal immigrant, is behind bars. His bond is set at $5 million cash. Much will be said about how tragic Mollie’s death and loss is.

And yes, her death is a horrible loss. But her friends and family are working to make sure the world knows what an incredibly kind, genuine, caring and faith-filled person Mollie is. the stories highlight how her death is senseless when she gave so much of herself, talent and time to mentor younger students.

Its true what they say, a child never outgrows their mothers arms??

According to Mollie’s dad, Rob Tibbetts, his daughter had a way about her where she made those around her feel known, loved and cared for. She wasn’t the most outgoing person in the room, he said. She would focus on one person and give them her attention. She cared for them on a deeper level.

“Mollie had an ability to just zero in on somebody and make them feel good about themselves,” he told the Des Moines Register.

Rob also spoke about his recent wedding where his daughter ended up being his best man. She prepared a funny yet thoughtful toast for the reception. His friends later told him Mollie took the time to connect with each of them individually during the ceremony.

My first experience as a best man went well?

A few days after the wedding at a private party with close friends and family Mollie’s dad and a brother-in-law came up with a crazy stunt. They wanted to jump off a 25-foot cliff at Bass Lake, California. Not wanting to miss the opportunity, Mollie told her dad: “I’m your best man; I’m going with you.”

Mollie’s ability to love others was noticed as early as elementary school. In her senior year of high school, she began mentoring younger girls who sang with her in her school choir.

Jarrod Diehm was her speech coach. He said Mollie’s words were mature beyond her young years. The themes in her speeches helped others find their own self-worth.

Mollie was confirmed in her Catholic church when she was 15. She never hid or downplayed how important her faith was to her. The video below was recorded two years ago. Mollie is speaking to youth about a moment in her life when her faith didn’t abandon her. It showed her just how powerful prayer really could be in her life.

In the video, Mollie talked about how nervous she was for an upcoming track meet. She decided to do something she’d never done before: get down on her knees and pray. God not only answered her prayers that she would have the strength to complete the race. He helped her get her best time ever that season.

She then encouraged the youth group’s members to share their stories with others. “Testimony means to me that you talk about the obstacles that you have overcome because of God,”  she said. “He has worked in your life and used you and made you stronger through these obstacles and what your testimony is showing everyone the strength that God has given you.”

There are a lot of reasons that it is hard for me to say that my time as a performer is done, but it's mostly because I'm lying. I'm not quite done yet and will get to end my high school speech career preforming at all state one last time?

Mollie’s friends and loved ones will need God’s love and strength to help them work through the terrible and unnecessary loss of this incredible young woman. Her goodness and thoughtful words and actions will live on through those who read and share her story. Mollie can then continue to inspire and uplift those who never had the joy and pleasure of knowing her in life.