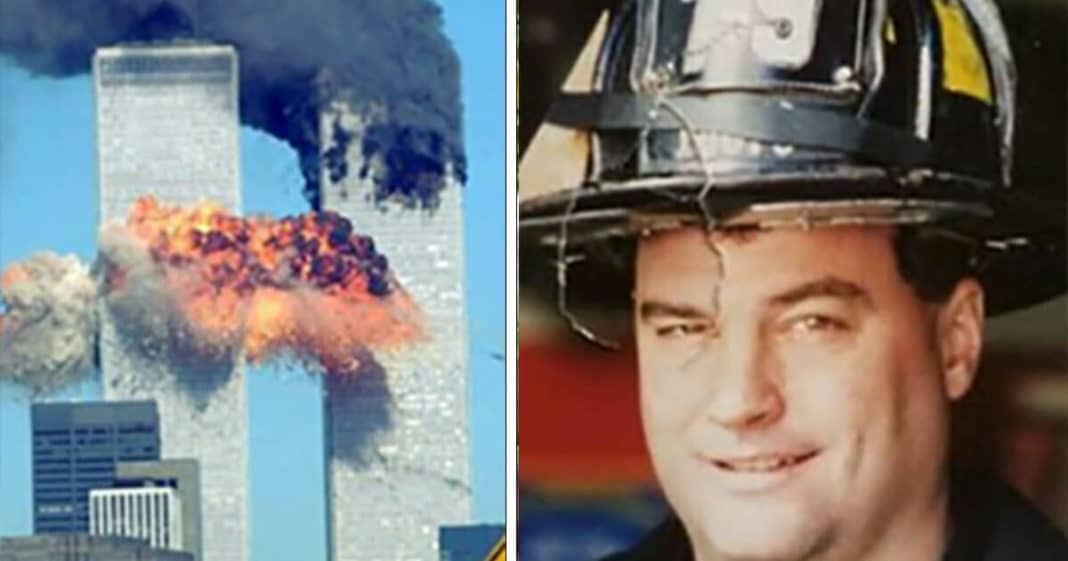 Kevin Noland, a retired firefighter who was one of the thousands of brave emergency workers to respond to the September 11 terror attacks, has died from 9/11 related cancer at age 58.

Noland was on the scene following the World Trade Center attacks on September 11, 2001, which resulted in the deaths of nearly 3,000 people, including over 400 emergency workers.

But in the aftermath of his great tragedy, there have been over 2,000 deaths attributed to 9/11 illnesses, according to an article by lohud.com, part of USA Today.

The father-of-thee was a proud member of Engine Company 79 when the World Trade Center was struck by two plans on 9/11, according to Unilad.

A tribute to Kevin’s life, who was a native New Yorker from Rye, was issued by the Uniformed Firefighters Association (UFA) on their official Twitter account.

The tweet also included the hashtag  ‘#343andcounting’, which references the 343 firefighters who lost their lives in the attacks.

“So many years later, we continue to lose those who displayed such incredible bravery on that terrible day, and in the weeks that followed.”

According to lohud article, almost 10,000 first responders and others who were in the area of the World Trade Center when the towers collapsed have been diagnosed with cancer.

The toxic dust that thousands of people were exposed to in the aftermath of the attacks caused several different cancers.

Some folks who were in the area might not know they are at risk or that there is help available, according to Dr. Gaetane Michaud, a lung health specialist at New York University.

“I feel heartbroken to know that if at the lowest number, we’re saying there are about 400,000 people that should be benefiting from the World Trade resources, and about 80,000 are actually benefiting from them,” Dr Michaud said in a statement, published by NBC News.

“It’s not just lung cancers. It’s lung cancers, breast cancers, esophageal cancers and thyroid cancers, to name a few. These people should be screened and be taken care of.”

Sunflowers left on the South Pool of the #911Memorial as tribute. pic.twitter.com/FPEMvWMXca

Rest in peace, Kevin Nolan. You’ve served your country with honor. We are sending all our prayers to your family.

Please pay tribute to Kevin’s heroism and all the first responders who risked their lives on that tragic day by sharing this story with your friends and family.