This Couple Has 3 Sets Of Twins, All Under Age 5. And That’s Not Even The Craziest Part 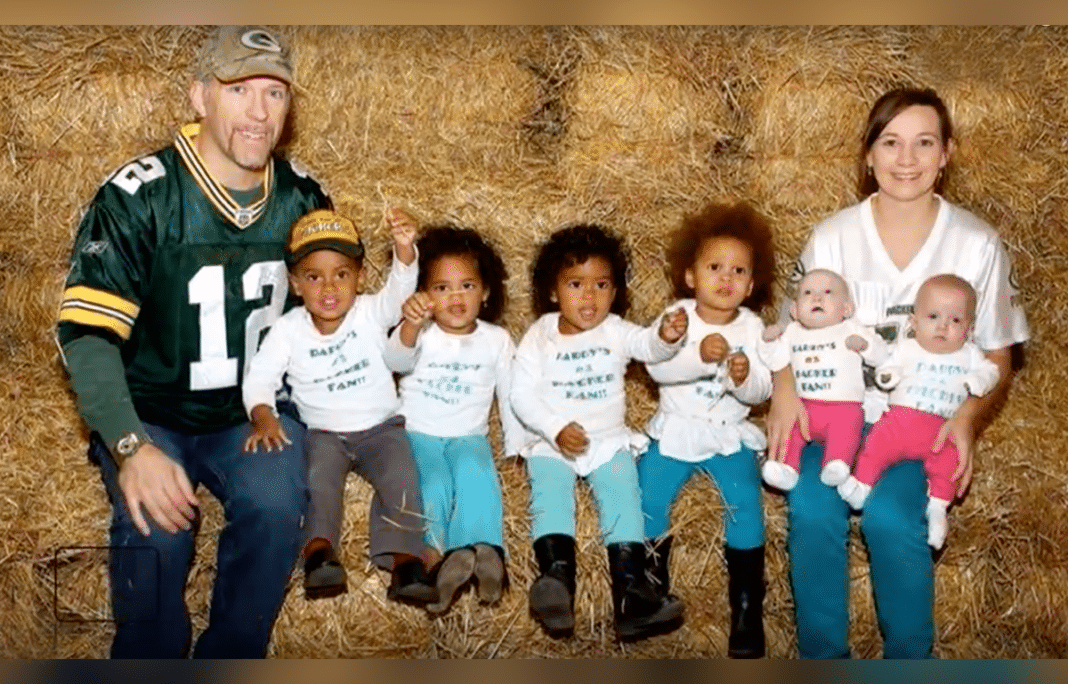 Good things come in threes, some say, but what about three sets of twins? What if all six of the children were born on the same birthday of February 28? It doesn’t seem possible, but that’s what happened to Craig and Carrie Kosinki, a family from Union Grove, Wisconsin.

“God has a sense of humor,” said Carrie Kosinki.

The couple had just married and were considering starting a family of their own. Carrie, who was adopted herself, was open to the idea of adoption, but the couple was trying to have a child of their own. Then Carrie got a call from an old high school friend from Michigan.

The friend was pregnant with twins but already had twins a year before. She asked if the Kosinski’s would consider adopting the babies when they were born. After much consideration, they decided to give it a try. When Adalynn and Kenna were born on Feb. 28, 2014, they picked them up from the hospital.

A year later, the children’s mother fell on hard times and called the Koskinski’s to see if they might consider adopting their older twins, Cece and J.J., who were born on the same birthday of Feb. 28 in 2013.

They had already cared for the kids while their mother was pregnant with Adalynn and Kenna, and, after much thought, they decided they wanted to keep the siblings together.

“It was a difficult decision. We were trying to get pregnant ourselves. But they were siblings so that was definitely was part of our consideration — we wanted to keep the siblings together,” Carrie said. 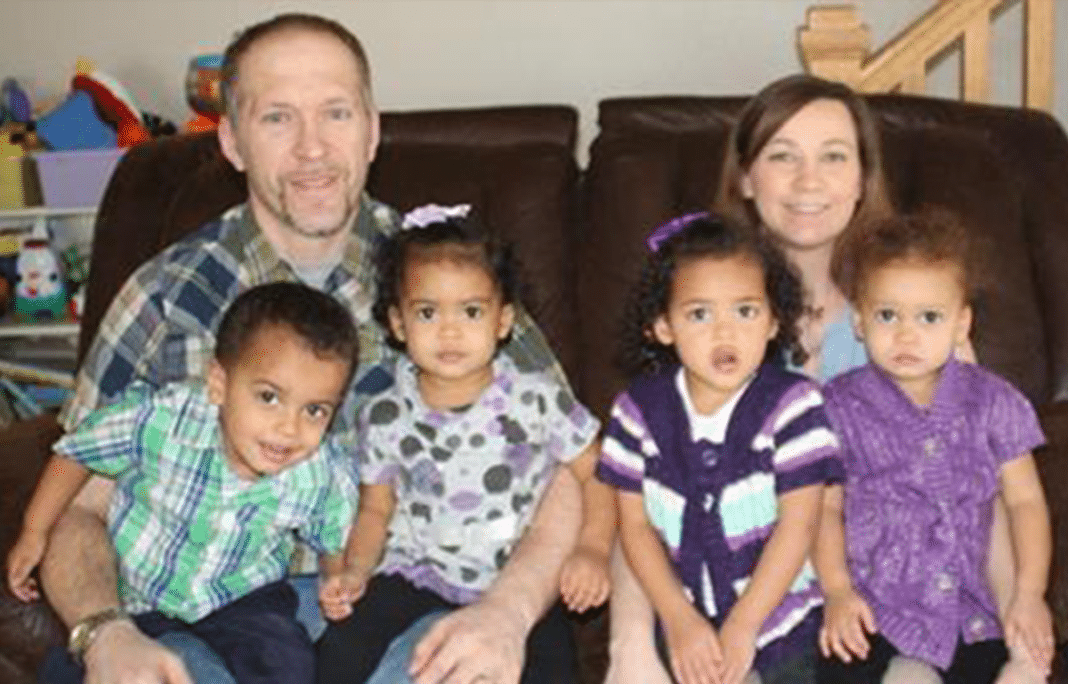 Craig and Carrie Kosinki with Adalynn, Kenna, Cece and J.J.

Meanwhile, the couple’s efforts to get pregnant were successful. They were shocked to find out that Carrie was carrying twins of her own.

A year later, the couple prepared to welcome the third set of twins into the household, but much earlier than expected. At just five months into the pregnancy, Carrie rushed to the hospital, where she would eventually have emergency surgery. Karraline and Clarissa were born prematurely on Feb. 28, 2016.

The family juggled caring for some of their twins at home while traveling to the Children’s Hospital of Wisconsin to visit Karraline and Clarissa, who required intensive treatments and surgeries to survive. It was extremely difficult, but the family believed that the fact that all of the children were born the same day was a sign that it was all part of God’s plan and fate.

“We think it is definitely meant to be that we would have all of them,” Carrie said. “It’s just God’s way of saying here I’m giving you these children as a blessing, and I am going to make it interesting and fun for you by having them all born on the same day.” 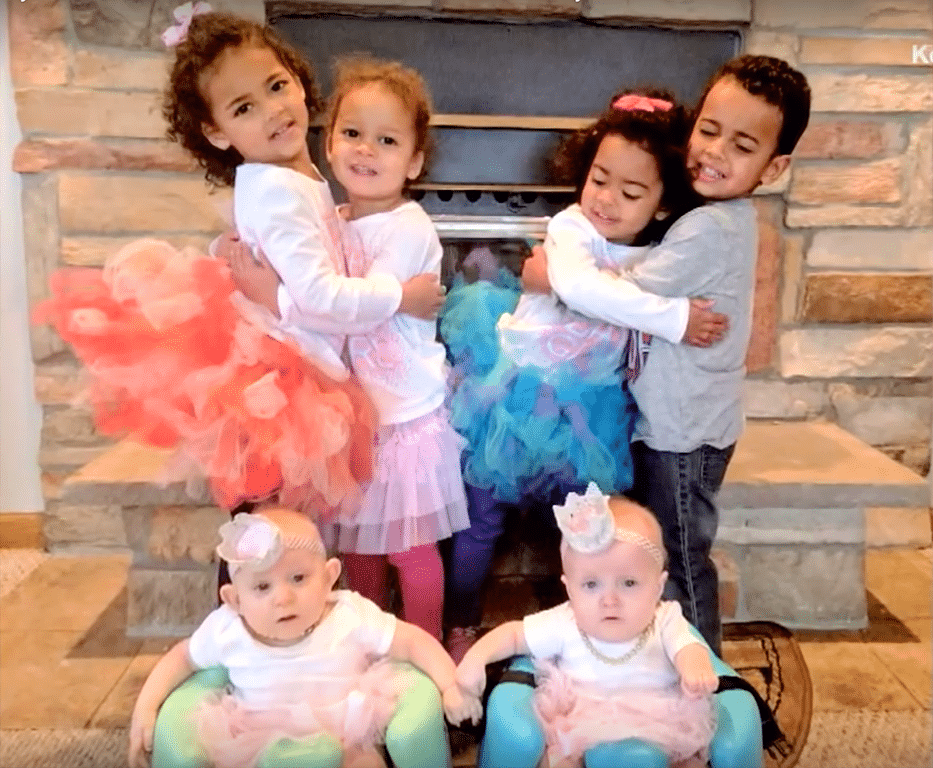 Craig Kosinski told the Wisconsin Journal Times that the had learned how to care for all the children by taking the little things in stride.

“It just kind of happened all at once. You can’t fuss with the stuff too much,” said Craig.

“You’re just trying to put out the big fires and hope that the little fires aren’t too serious.”

The couple set up a Gofundme page titled the “The Quad Squad Adoption Fund” to help them raise money the needed for all of the legal expenses to adopt J.J., Cece, Adalynn, and Kenna. They reached their goal, and now this month, they are finally about to officially adopt them all. 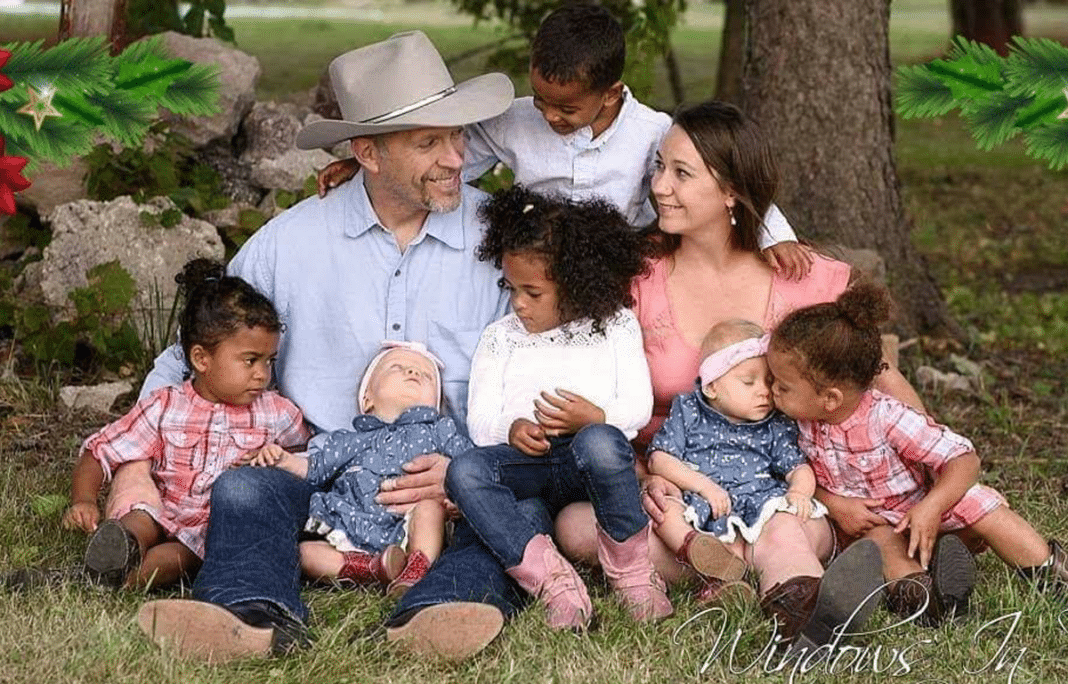