Church opens its doors to 225 homeless people. Gives them safe, warm place to sleep at night 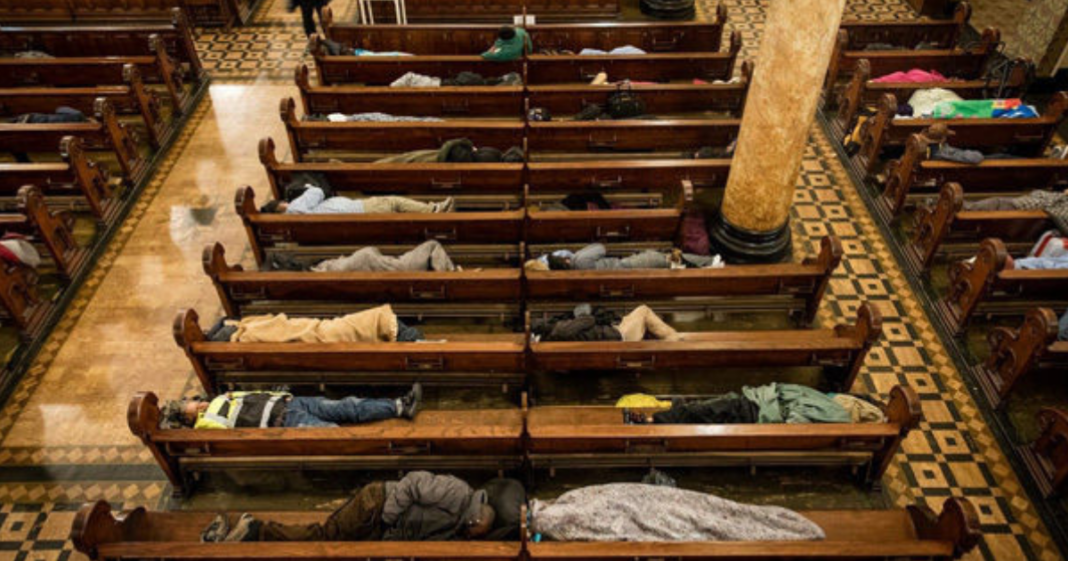 In San Francisco, California, there are an estimated 7,000 homeless people living on its streets. This puts San Francisco in the top 10 states in the nation for homelessness. There’s one church in the Tenderloin area who is trying to provide some relief to people who, more than anything, could just really use some decent sleep. 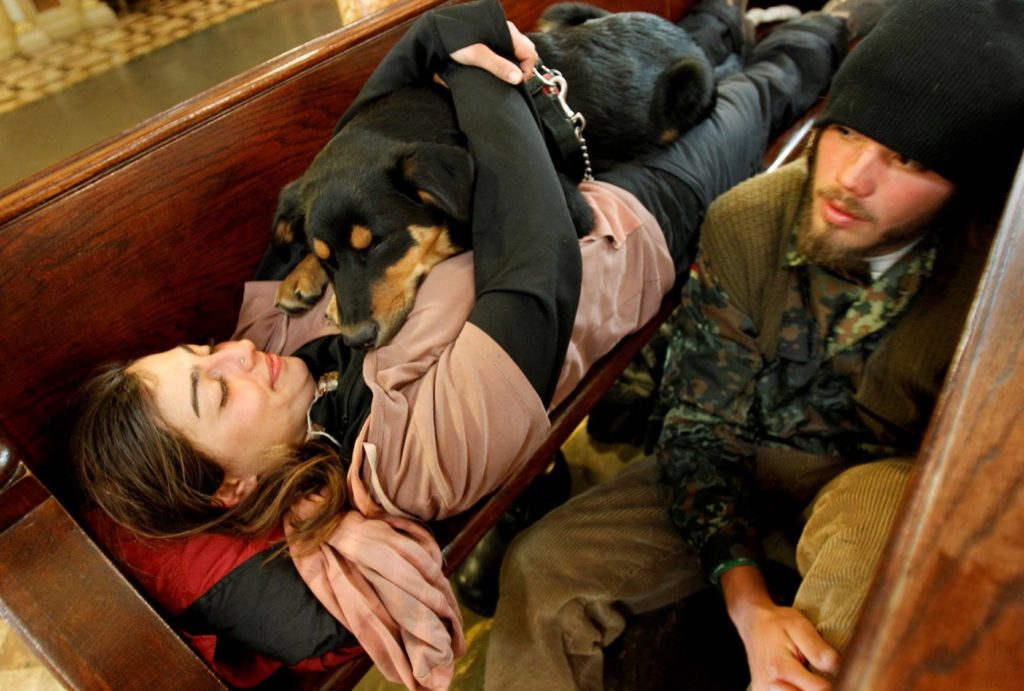 The Gubbio Project based out of two churches has one mission: provide homeless people with a place to sleep and get a decent meal. Gubbio works out of two different churches, the Saint Boniface Church and Saint John’s Apostical Church. 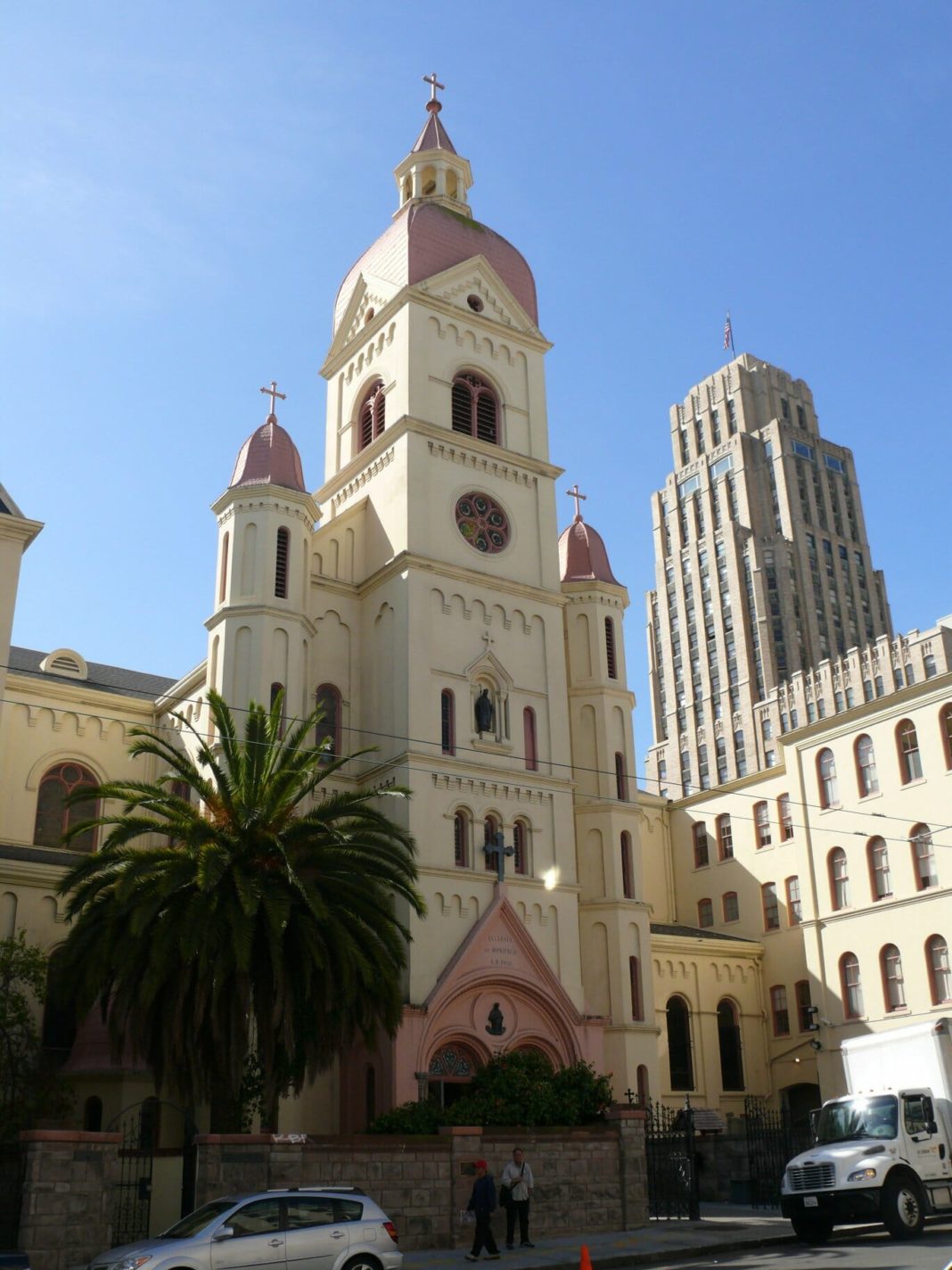 At 6:00 a.m. every morning, homeless people begin to filter in, where they’re welcome to sleep and rejuvenate until 3:00 p.m., according to the mission’s Vimeo channel.

The Gubbio Project is stationed at St. Boniface Church in the Tenderloin. Weekdays 6am-3pm, The Gubbio Project offers a place for the homeless to rest and eat within the walls of the church. No one is ever turned away, and all are treated with dignity. The Gubbio Project also provides blankets, socks, hygiene kits, referrals to outside services and resources, interfaith chaplain services, foot care (with a Registered Nurse Foot Care Specialist), and massage services.

For my Audio Production final project at USF, I decided to visit The Gubbio Project and get to know some individuals who frequented the shelter. There, I met and interviewed Irene and Calvin. Listen to and watch my piece centered around humanizing the homeless. My experiences at The Gubbio Project inspire me to live a life of love and gratitude because even the homeless do exactly that, despite their unique struggles.

San Francisco has a ban on people sitting or lying on sidewalks, making it so that homeless people have to keep moving. Being able to lay their heads down for a few hours can make the difference between survival and death. From The Gubbio Project:

“Lack of sleep is one of the most critical health issues for the homeless. An average of 225 unhoused neighbors seek safety and rest on the pews in the sanctuary of St. Boniface church each weekday starting at 6 AM, and for an additional 100 guests at St. John’s the Evangelist in the Mission.” 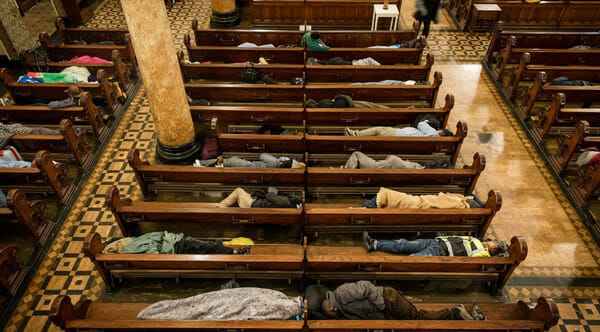 Mass goes on steps away from where the people are sleeping. From The Gubbio Project:

“The Gubbio Project uses the back 2/3 of the sanctuary; the church uses the front 1/3 to celebrate the daily mass at 12:15 PM. This sends a powerful message to our unhoused neighbors – they are, in essence, part of the community, not to be kicked out when those with homes come in to worship. It also sends a message to those attending mass – the community includes the tired, the poor, those with mental health issues and those who are wet, cold and dirty.”

The mission was founded in 2004 by Rev. Louie Vitale, now retired. He named Project Gubbio after the city of Gubbio, Italy. Legend says that the townspeople of Gubbio befriend a supposedly killer wolf who in reality was only hungry, not dangerous.

Churches often get a bad rap. People think they don’t do enough real-world problem-solving. Clearly, Saint Boniface and the Gubbio Project have figured out how to practice what they preach.