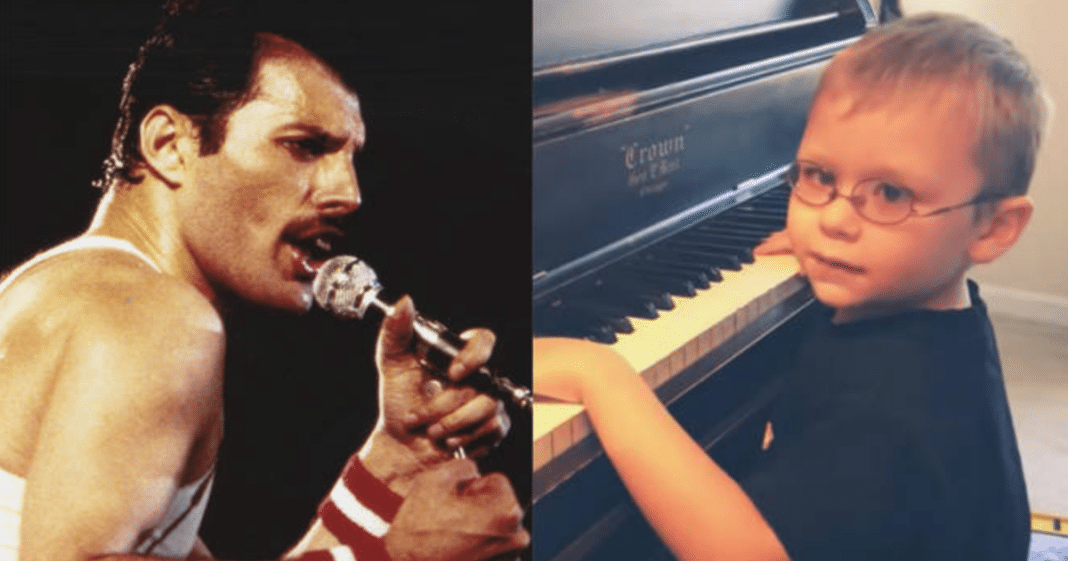 Blind 6-year-old Avett Ray Maness future superstar who walks with a cane, reads braille and is a musical prodigy who sings and plays the Piano, drums, guitar, and ukulele.

A recent video of Avett playing the piano while singing a cover of Queen’s Bohemian Rapsody has gone viral.

According to CBS News, Avett’s mom Sara Moore said that he loves to perform and has been playing music since he was only 11 months old.

“The moment he could pull himself to reach the piano, he was playing the melody to ‘Twinkle Twinkle Little Star.’

“Music is in his body,” Moore said. “He’s really practicing on performing now. Since his talent is so amazing, people are asking him to perform.”

The young prodigy’s performance was even noticed by Hollywood, with Will & Grace star Debra Messing tweeting his praises to her Twitter followers telling them to “stop everything you’re doing” to watch Avett’s amazing Queen cover. 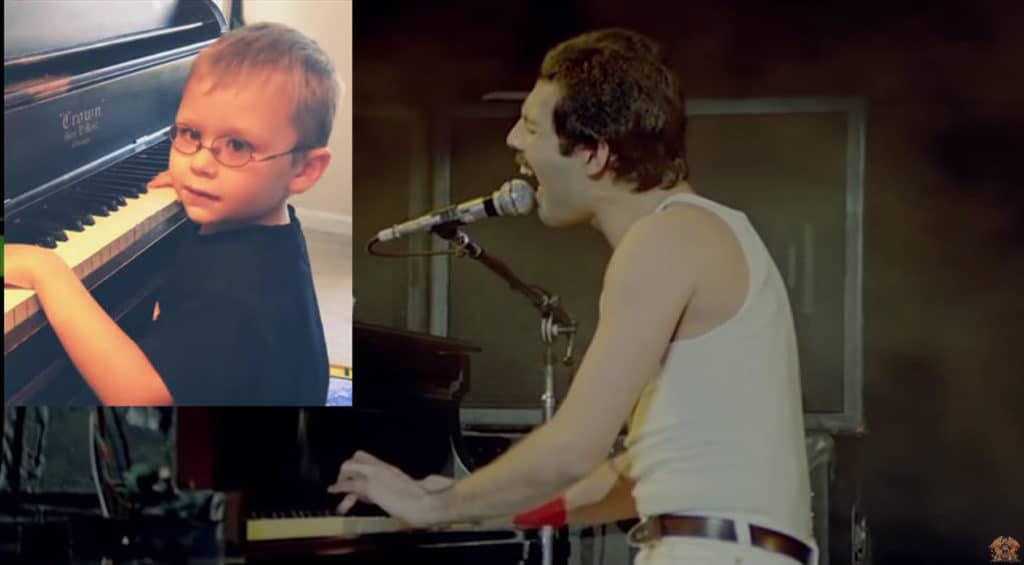 And yes, once again Avett is certifiably blind.

“He’s completely in one eye but has a little bit of vision in the other,” his mum Sarah said. “He’s significantly visually impaired. He walks with cane and he reads braille.”

Avett’s Queen cover has already generated over 3.8 million views online, and the number continues to climb.

Along with the Queen cover, Avett also plays Alicia Keys, Adele, The Beatles, Bach’s ‘Minuet on G,’ and uploads the videos to his YouTube channel.

This kid is simply sensational, and I’m sure that there are some big things in store for Avett’s bright future!