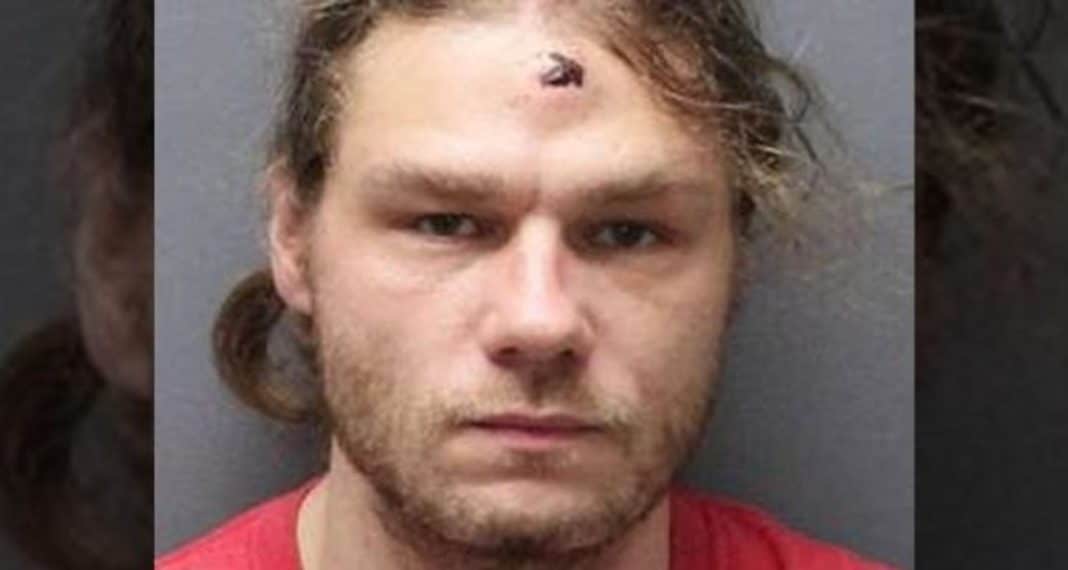 I don’t know why people steal. It’s wrong. There aren’t any justifications for taking money or possessions of others that don’t belong to you.

Thanks to security cameras strategically placed in public, petty crimes like theft are discovered and criminals are brought to justice. Surveillance footage provides indisputable proof of one’s guilt.

Kevin Madison, 39, could’ve gotten away with allegedly lifting money from the donation box near an altar and candles at Sacred Heart Church in Yonkers, New York earlier this month. The footage is stamped with the date and time of his supposed crime.

Church officials became suspicious after observing Madison’s behavior. He apparently used a metal hook to remove the money from the box. The police were contacted. Madison was intercepted as he tried leaving the place of worship.

He became belligerent as he was placed under arrest. He kicked the rear door of the police car and banged his head against the partition in the vehicle. Cops took him to the hospital for an evaluation. He was then processed for his crime.

His mugshot does show a cut on his forehead. The list of charges stacked against him is a rather long one. He faces charges of petit larceny, possession of burglar’s tools, criminal possession of stolen property and obstructing governmental administration. He’s currently a guest at the Westchester Department of Corrections.

I can’t say I feel sad for this guy. Thanks to video footage, he’ll pay for his crime.