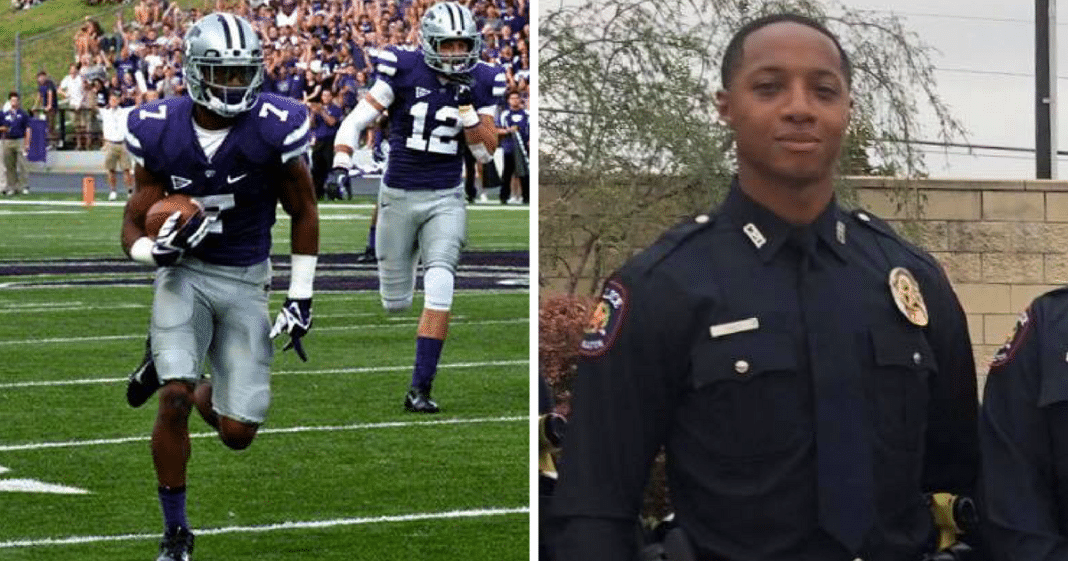 Former Kansas State defensive back Kip Daily spent his college football career chasing wide receivers down the field as a defensive back is using his speed for more than football nowadays.

Daily, a rookie officer for the Carrollton (Texas) Police Department, ran down and arrested a purse thief on his very first day on the job. 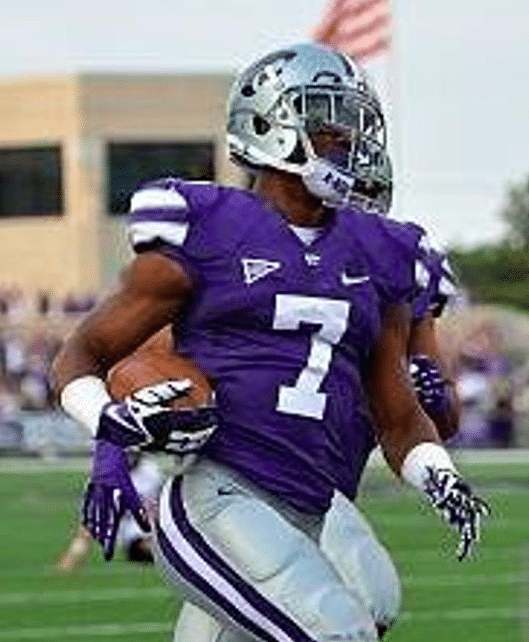 Heather Carlton was in a local grocery store parking lot with her two young daughters when a thief stole her purse, wallet and phone inside.

“He kind of leaned out of his car and he said, ‘I won’t point this at you because I see you have kids. But I’m going to need your purse,’” she told Fox News.

The suspect, 34-year-old Dwight Homer, took off with Heather’s belongings while police were in hot pursuit. Police dash cam footage showed the moment Homer crashed his car and decided to try and outrun the pursuing officers. The superior officer told Daily, “Go get ’em.”

“We are all K-State fans at CPD today,” the Facebook post said. “A purse snatcher made the REALLY bad decision to run from rookie Officer Kip Daily this afternoon. See, what the bad guy didn’t know was that before he caught criminals, Daily caught interceptions as a Defensive Back for the Wildcats. Running is kind of what he does. We are glad he’s on our team now.”

We are all K-State fans at CPD today.A purse snatcher made the REALLY bad decision to run from rookie Officer Kip…

Posted by Carrollton Texas Police Department on Wednesday, May 2, 2018

The second video is the view from another responding officer. The suspect crashes on the left side of the screen, and eventually, Daily hops the fence in pursuit.

“It was a team effort, and I want to remain focused on my training, Daily said through the spokesperson, saying while he was grateful he had declined all request for interview.”

The suspect was transferred to Dallas County.

Daily saw action in two seasons for the Wildcats in 2012-13. As a senior, he finished seventh on the team with 48 tackles and picked off two passes, one of which he returned for a touchdown.

Prior to his time with Kansas State, Daily played for 2009 junior college national champion Blinn College — a team that also included former Auburn and current Carolina Panthers quarterback Cam Newton. In that season for Blinn, he had 37 tackles, five interceptions and three fumble recoveries, according to his Kansas State bio.