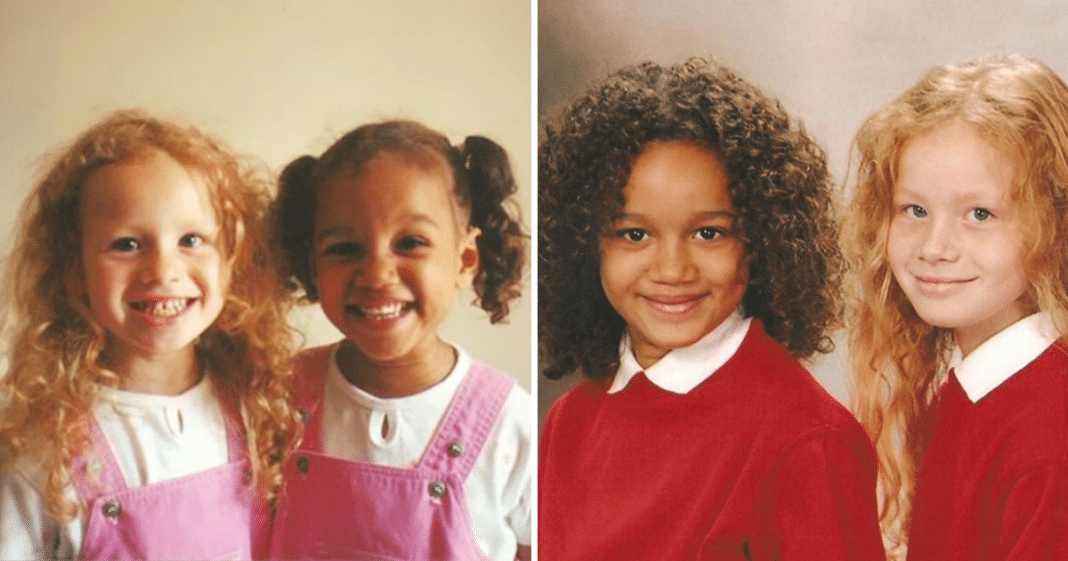 When we think of twins, we tend to think of two people who share a similar appearance. However, that is definitely not always the case. For example, when Maria and Lucy Aylmer were born in the UK in 1997, they were so different in appearance that their own mother did a double-take.

Lucy has a fair complexion, bright blue eyes, and red hair, while her sister Maria has deep brown eyes, black curly hair, and a caramel complexion. They appear to be from a different “race,” but in fact, the fraternal twins share 50% of the same DNA like the vast majority of siblings other than identical twins. 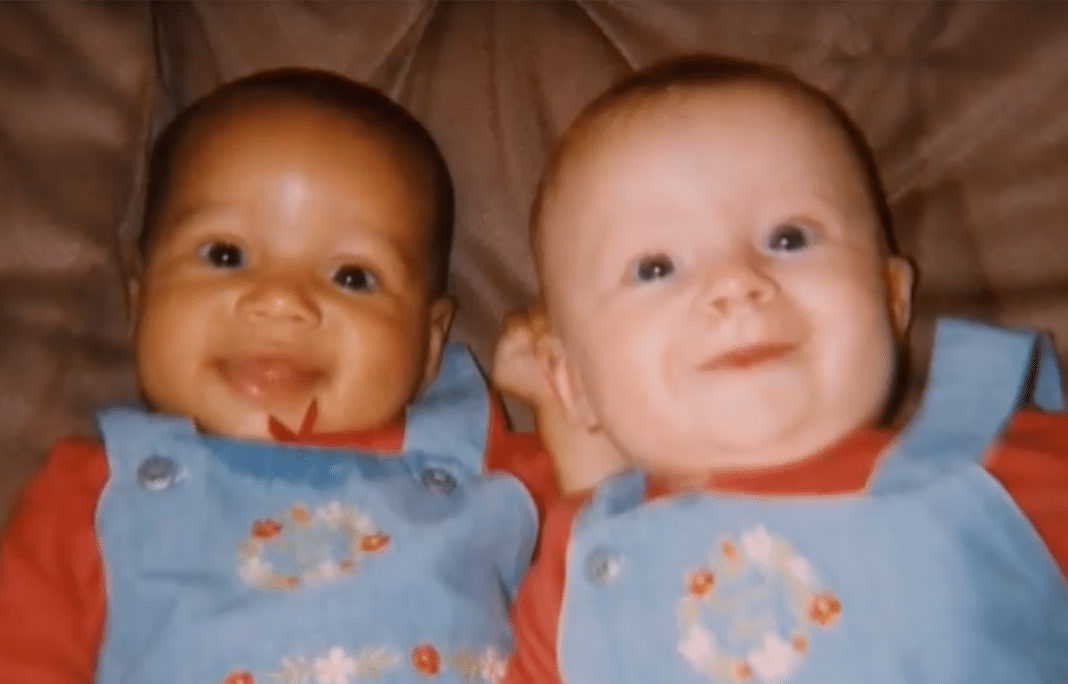 Lucy Aylmer described how her mother, Donna Douglas, who is half-Jamaican, reacted seeing her twin babies for the first time:

“It was such a shock for her because obviously, things like skin color don’t show up on scans before birth,” Lucy said. “So she had no idea that we were so different. When the midwife handed us both to her, she was just speechless.”

The twins’ mother wasn’t the only one who was shocked. Growing up, the girls became accustomed to being mistaken for friends rather than sisters. Lucy came to believe she and her sister shared a different racial identity, though they come from the same parents. Their father is white while their mother is half-Jamaican. 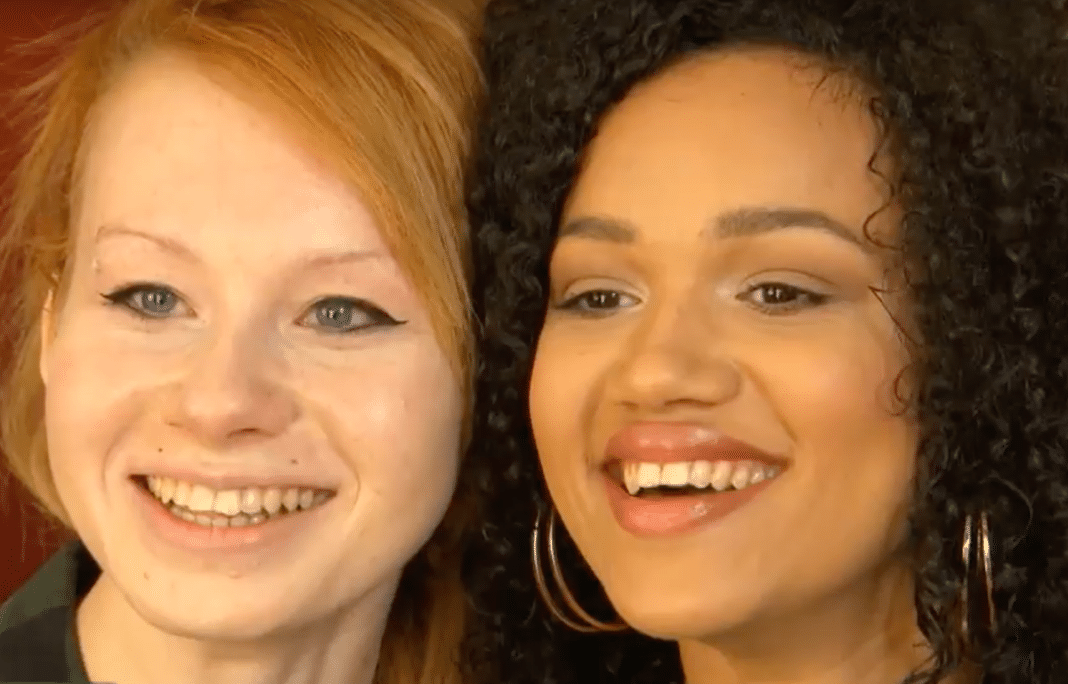 “No one ever believes we are twins because I am white and Maria is black,” Lucy explained. “Even when we dress alike, we still don’t even look like sisters, let alone twins.”

The twins have three siblings, George, Chynna, and Jordan. They all have different skin colors, but Lucy said she and Maria are polar opposites on the spectrum.

“All our older brothers and sisters have a skin color which is in between Maria and I,” Lucy said. “We are at opposite ends of the spectrum and they are all somewhere in between.” 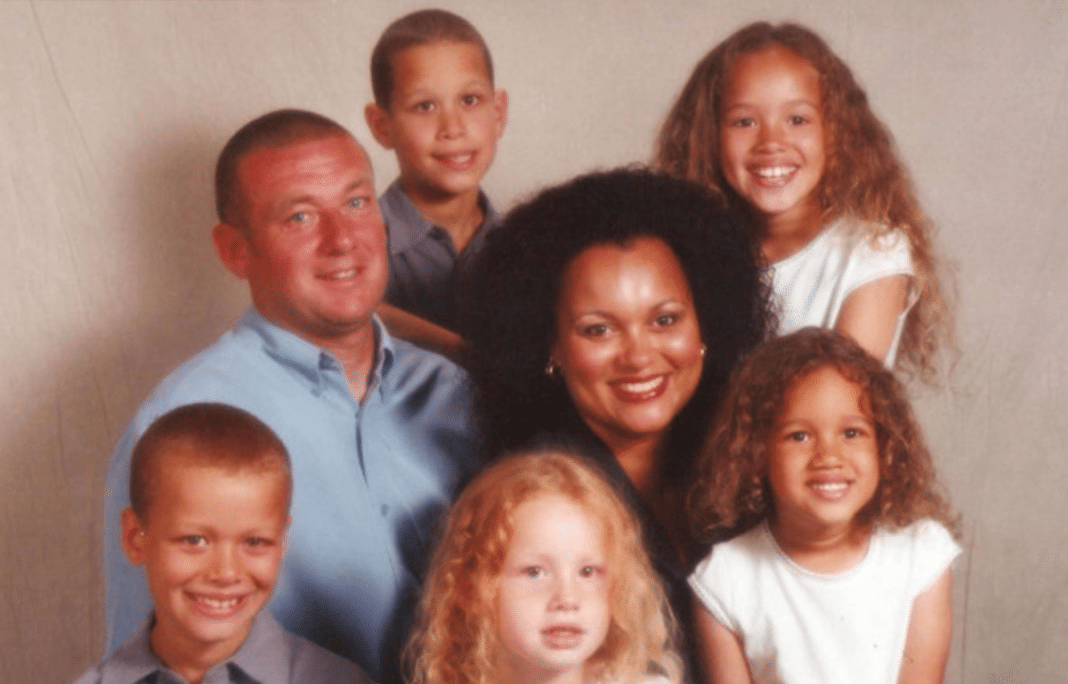 Although it might have become tiresome trying to convince people that they were twins, Lucy said it might have had one advantage at school.

“We were in the same class at infant school, but no one ever had a problem telling us apart,” she explained. “Most twins look like two peas in a pod — but Maria and I couldn’t look more different if we tried. We don’t even look like we have the same parents, let alone having been born at the same time.”

On the other hand, sometimes Lucy was bullied by classmates and told she must have been adopted.

Although even the twins themselves seem to think they are “biracial,” how does one decide how to define race when they share the same biology and heritage exactly? How would the race of their siblings be defined? The labels are subjective and open to interpretation.

IFL Science explained why the fraternal twins look so different. Just like any fraternal twin, their mother released two eggs at the same time, and those eggs were fertilized by two different sperm carrying the genes of their white father, Vince.

“Most of the time, children will inherit a “blend” of their parents features – as was the case with their siblings. In the twins case, they each happened to inherit incredibly different features. Additionally, many British individuals with Afro-Caribbean heritage are directly descended from white Europeans, which raises the chance of producing offspring with white skin.” 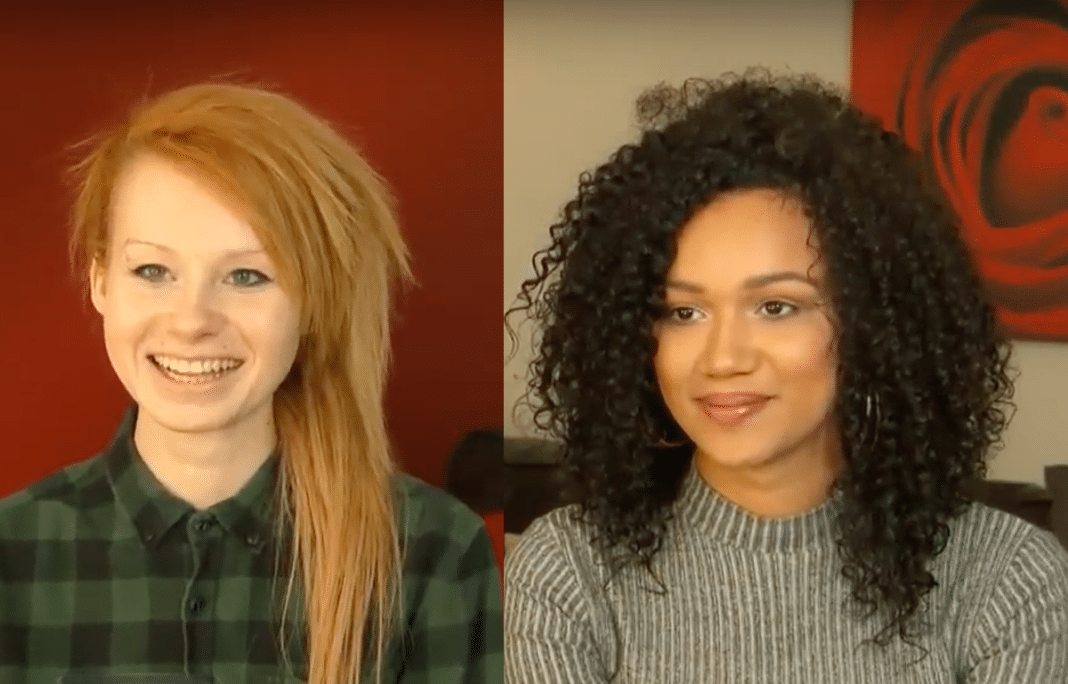