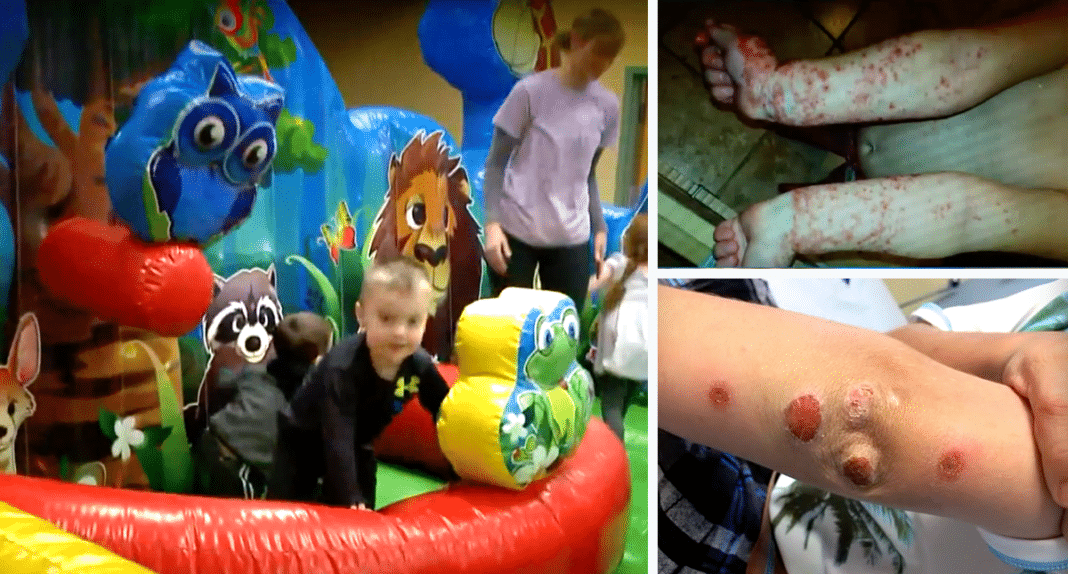 With the warmer weather, kids will be flocking back outdoors for some fun. One popular way that families celebrate special occasions and the outdoors is renting a bouncy house, but even in the seemingly innocent world of the joyous bounce house, there are some unexpected hazards to be aware of.

The bouncy house can float away if not properly installed and a really strong wind comes through. Take the brief video below:

They can deflate, collapsing on occupants if there is no supervision of the bouncy house.

In this case, a “grumpy old man” unplugged the bouncy house cord.

Both of these hazards can be ruled out with proper installation and supervision by a reputable company, right? No need to ruin all the fun, just keep a close watch while kids enjoy their party, and maybe keep an eye on where the house is plugged in!

Bouncy houses are wonderful places for bacteria to grow and transfer to other children, if not properly cleaned after each use. In this video from The Doctors, a family learns the hard way that their 10-year-old son has contracted a staph infection from rolling around having fun at a bouncy house party.

The family thought their son had been a little too boisterous and had developed burn marks from friction with the plastic, but it was worse. The sores became larger and spread with a red ring around them, a sure sign of the infection. A day of fun would lead to a trip to the doctor.

The hosts of the show recommend asking the rental company to be sure to clean the “house” prior to use. It never hurts to make that request, or to ask around about the reputation the company has in your community.

Inspect the house as the company installs it, and if it doesn’t look clean, it’s best to speak up. If they still fail to satisfy concerns in a reasonable manner, it may be time to ask them to take their house and…bounce! (Although this scenario is quite unlikely)

Using hand sanitizer before and after entering the house is a good idea. Also, the host suggests that asking kids to take a bath or shower after playing could help prevent the possibility of infection.

Using common sense and taking a few precautions will ensure that kids aren’t unnecessarily exposed to harmful bacteria. So there’s no need to spoil the fun for everyone.

See more about the Bounce House hazards below: