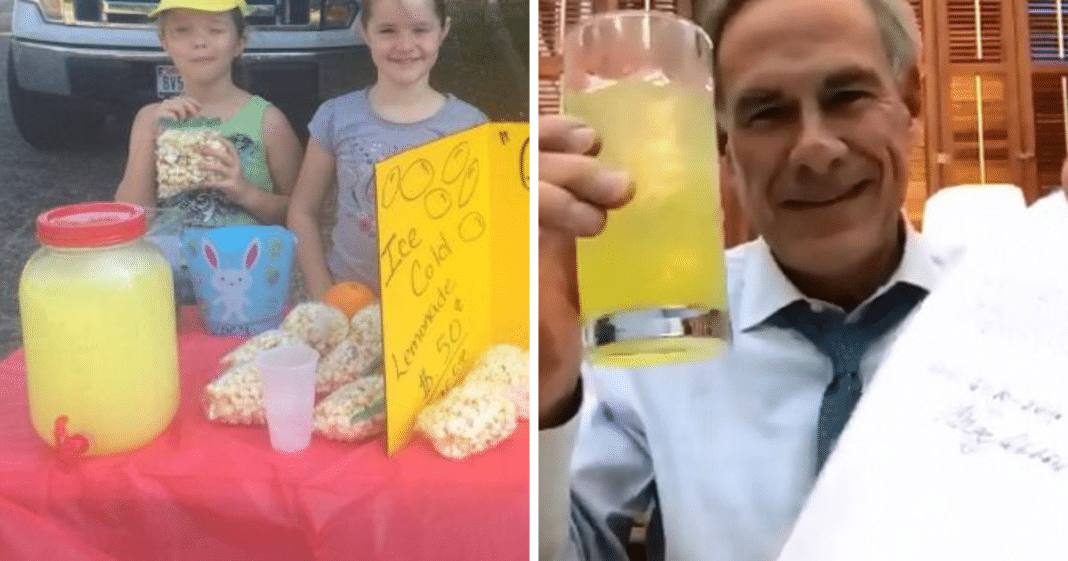 Texas Governor Greg Abbott’s been very busy signing laws in recent days. But one bill that he signed into law on Monday will likely be a favorite among entrepreneurial-minded children. 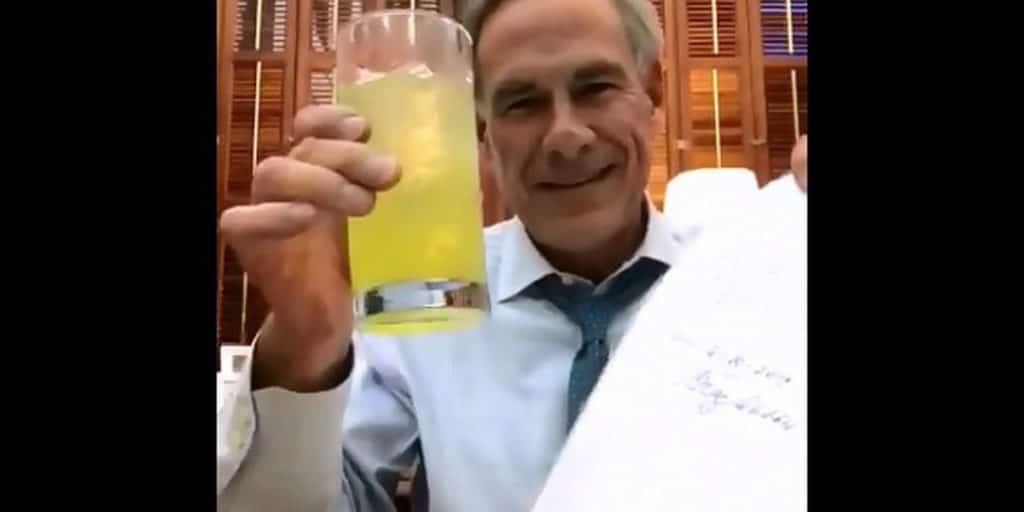 It’s a lemonade stand law, which Abbott calls a “common-sense law.” This law needed to be passed so that the police would stop shutting down children’s lemonade stands.

The bill was introduced by Fort Worth Republican State Rep. Matt Krause. The bill proposed that the sale of lemonade and other non-alcoholic beverages in public parks and private property should be allowed.

This law would also prevent homeowner associations from creating rules that would prevent neighborhood lemonade stands.

According to KERANEWS.org, Krause informed a committee in May that the legislation came about in part because of a case in East Texas in which a lemonade stand was shut down by authorities.

The incident took place in Overton in 2015. Andria and Zoey Green set up a lemonade stand to raise money for a day trip to Slash Kingdom amusement park with their dad. 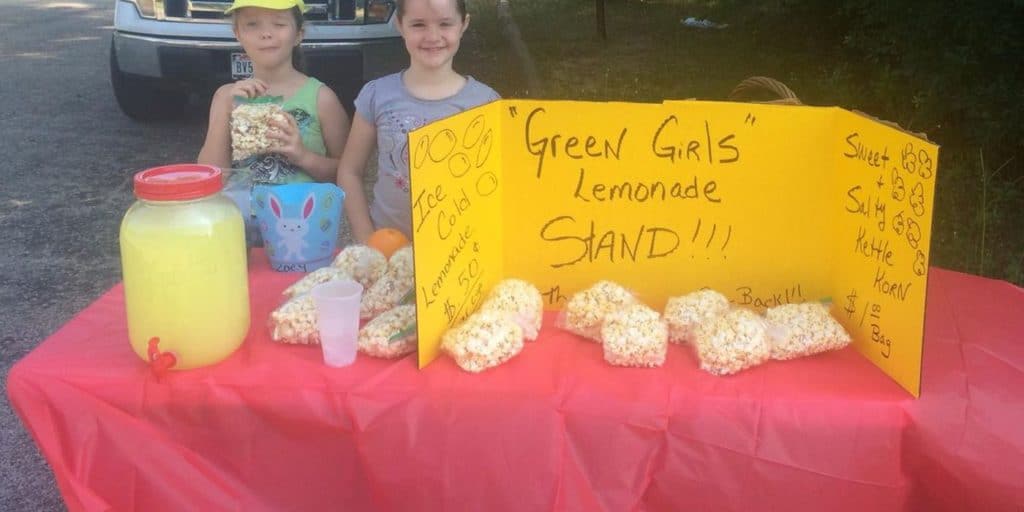 However, a code enforcement officer told them that they needed to have a permit to sell lemonade, and thus shut them down.

Sandi Evans, the children’s mother, said at the time that some citizens criticized her in Overton for “bringing hatred to the community because she called out law enforcement for shutting down her girls’ lemonade stand. But she added:

“If we can make change for all the children in Texas to have a legal lemonade stand, then I will take this brutal beating from this community.”

But now that Governor Abbott has signed the law, kids like Zoey and Andria can sell the drink that has become a summertime tradition as well as other delicious treats without worry.

The bill was sent to the governor, who signed it with a bit of humor, ending his video with “cheers.”

It’s now legal for kids to sell lemonade at stands.

We had to pass a law because police shut down a kid’s lemonade stand.