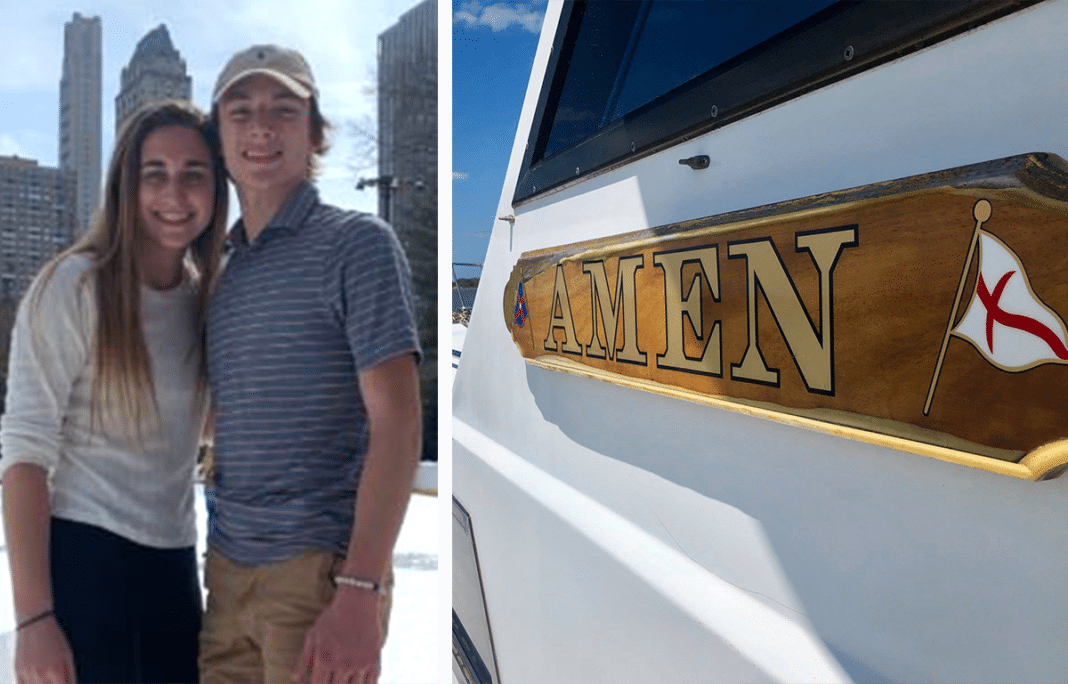 On April 18, Eric Wagner, 50, decided to take out his boat named the Amen out on the rough sea on a trip from South Florida. Wagner and his three friends headed up the coast to New Jersey. The engine, wind, and waves created a lot of noise as the boat powered through the choppy water. Then two miles out to sea around 1:30 p.m., Wagner heard a startling noise that sounded like screams coming from the dark, turbulent water.

There in the distance, 200 yards behind the boat, they saw an arm flailing around over the swells. Wagner told PEOPLE:

“I was in disbelief. The whole thing was incredulous. I didn’t think it was people at first,” said Wagner. “I thought maybe it was ducks or who knows. It was so far away it was so hard to tell. Then as I looked closely, I saw one was waving.”

“Then I knew for sure it was people. And then it kind of sunk that they were in big trouble. There’s no reason for people to be two miles out in the water without a boat or flotation device.”

Wagner described what happened next, as the crew aboard the Amen realized there were two teenagers lost at sea and struggling in the cold water.

“After what felt like forever we finally made our way while losing them in the swells ever few seconds. We tossed them jackets then a line and pulled them back to the swim deck,” wrote Wagner on Facebook.

Most unbelievable day, this really happened: We're bringing my boat "the Amen" from Delray to NJ. The wind is 15-20kn…

There in the freezing water, Heather Brown and Tyler Smith, both 17, were lost and alone. As every minute passed, they feared that it would be their last. They had been swept out to sea by a strong current after entering the water at Vilano Beach in Jacksonville, Florida on a senior skip day at school.

Surviving at sea: Two teens stranded off shore in St. Johns county are saved by a man sailing to New Jersey. Hear their prayers, and you will not believe the name of the boat that saved them. @ActionNewsJax at 6:00 pic.twitter.com/0U209wl2Si

As hard as they tried to make it back to shore, they were only pushed out further into the vast ocean. By the time Wagner spotted them, they were chilled to the bone and barely able to keep each other afloat.

All that Smith could suggest was to pray.

Wagner said that the teens had been in the water for at least 90 minutes with nothing but bathing suits on. When they reached them, they were too weak to climb the ladder into the boat, so the crew pulled the shivering kids up into the rocking boat.

“The engines were off, so we were at the mercy of the waves; all of us falling left and right dodging the sliding items we failed to secure well.”

Smith’s lips had turned white and he struggled to respond to questions. He managed to explain that Wagner and his ship the Amen were a real answer to the teen’s prayers.

“Exhausted and near the end, the boy told me he called out for God’s help. Then we showed up. I told them the name of the vessel, that’s when they started to cry,” wrote Wagner.

Over half an hour later, a rescue ship arrived, and the teens had already regained their color, although Smith still shivered. 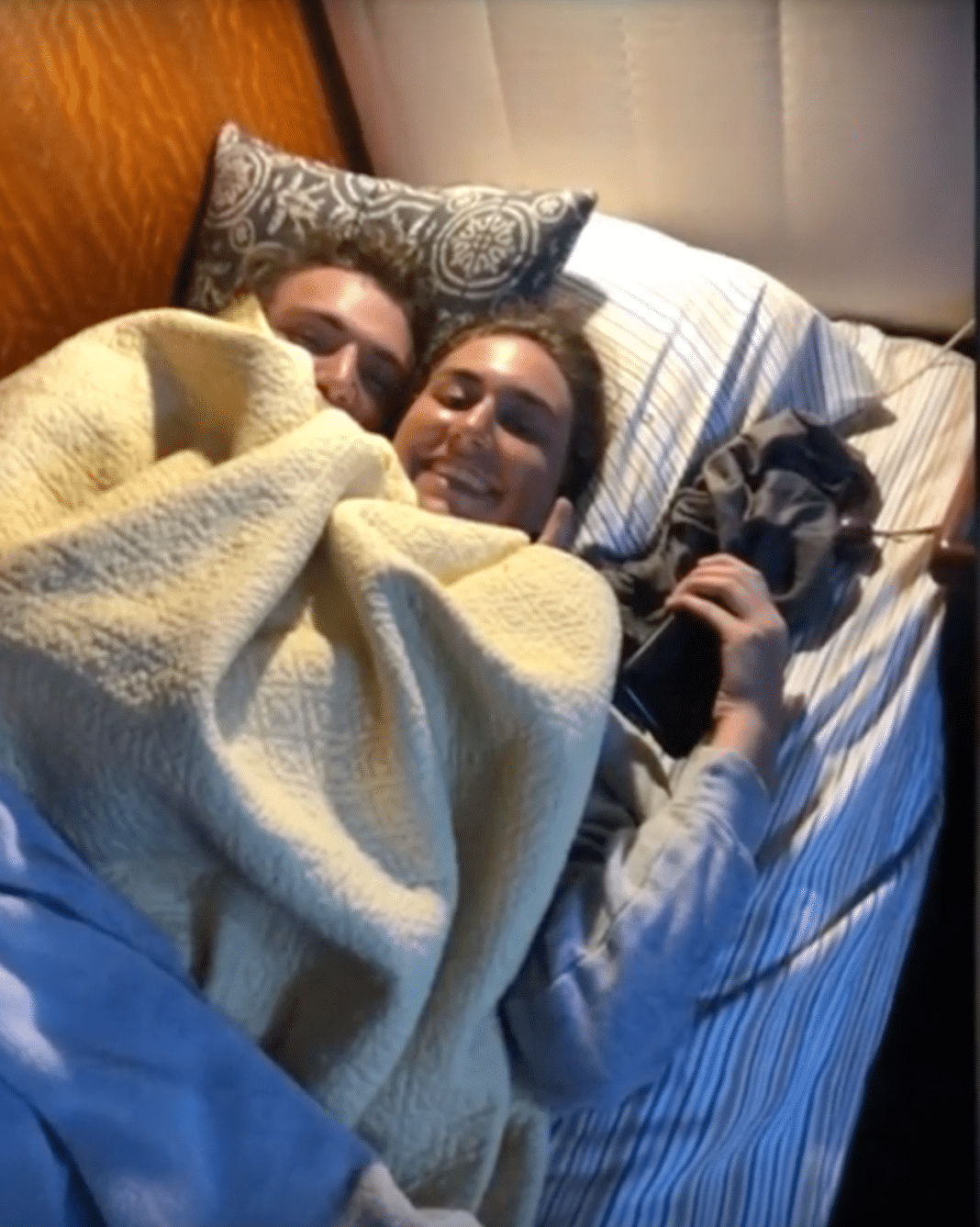 “The young couple was gracious and grateful to us and to God. It was the latter all along,” said Wagner.

“There’s no other reason, no other explanation in the world other than God,” Smith told WJAX.

See more from Vista Videos below: