Let’s applaud this young hero with Down syndrome, who jumped into sea to save drowning age 10 girl 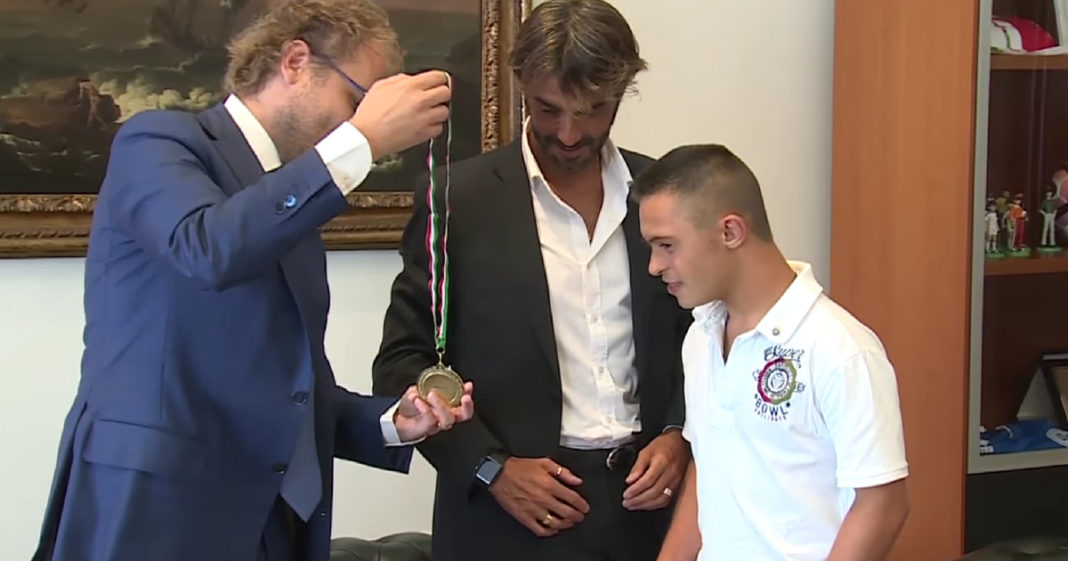 Even the most vigilant of parents can’t always remain watchful over their children. Sometimes these brief moments can spell disaster. For one mother in Italy, she was saved from experiencing such a fatal moment when a total stranger intervened and rescued her daughter from certain death at sea.

At Sabaudia Beach in Italy, a 10-year-old girl was swimming when she got swept up by the current. It’s unclear whether her mother knew what was happening or not, but thankfully, Valerio Catoia noticed. The 17-year-old young man had learned to swim at the age of three. He received many medals after participating in the Special Olympics.

Valerio observed the 10-year-old and a 14-year-old girl being swept out into the Tyrrhenian Sea. He and his father took action even before lifeguards could dive into the churning water.

It’s strongly recommended bystanders leave the rescuing to the professionals, but Valerio knew the youngest girl wouldn’t survive if he didn’t step up. She would drown if he didn’t attempt to save her. Along with being a strong swimmer, the young man received training in first aid.

As he helped the little girl through the water, he held her up so her head wouldn’t sink beneath the waves. Upon reaching the shore, the little girl’s mother snatched her daughter away without even acknowledging Valerio’s efforts. She snubbed him rather than thank him for saving her child’s life.

There were others who made sure Valerio was recognized for his bravery. Former prime minister, Matteo Renzi, asserted that Italy should be proud of such courage. While Italian Sports Minister Lucca Lotti presented the disabled teen with the “Solidarity Champion of Italy” award,  giving him a medal and a commemorative plate.

Valerio, who has down syndrome, brushed off the praise. He’s just looking forward to school starting up again. He’s also looking forward to his training too. And though people recognize him more than they used to, he’s still the same person he was before that day at the beach.