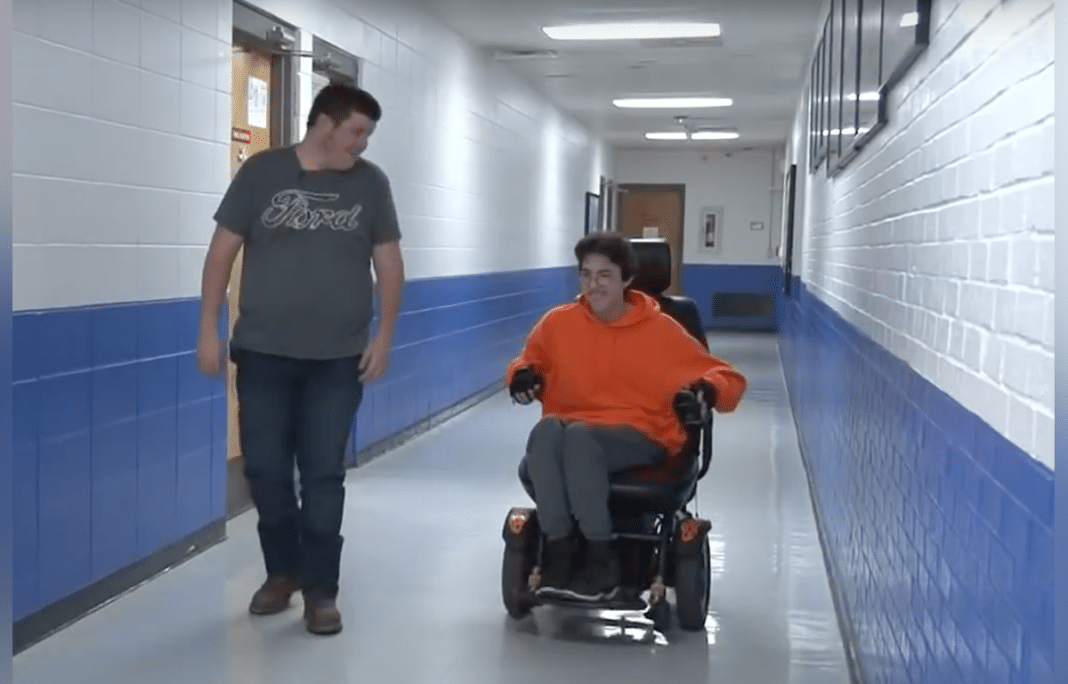 A senior from Caddo Hills High School in Norman, Arkansas is the best friend ever, saving up his money for two years to buy his buddy the perfect gift.

On a Tuesday, Tanner Wilson surprised Brandon Qualls with a gift he never expected. He wheeled an electric wheelchair into class, leaving Brandon stunned with amazement.

“My face just blew up. I was crying everywhere. It was like, ‘Wow! I can’t believe he did that for me!'” said Brandon.

“I did not know he was saving up. It’s been my dream just to have one of these. He made my dream come true.” 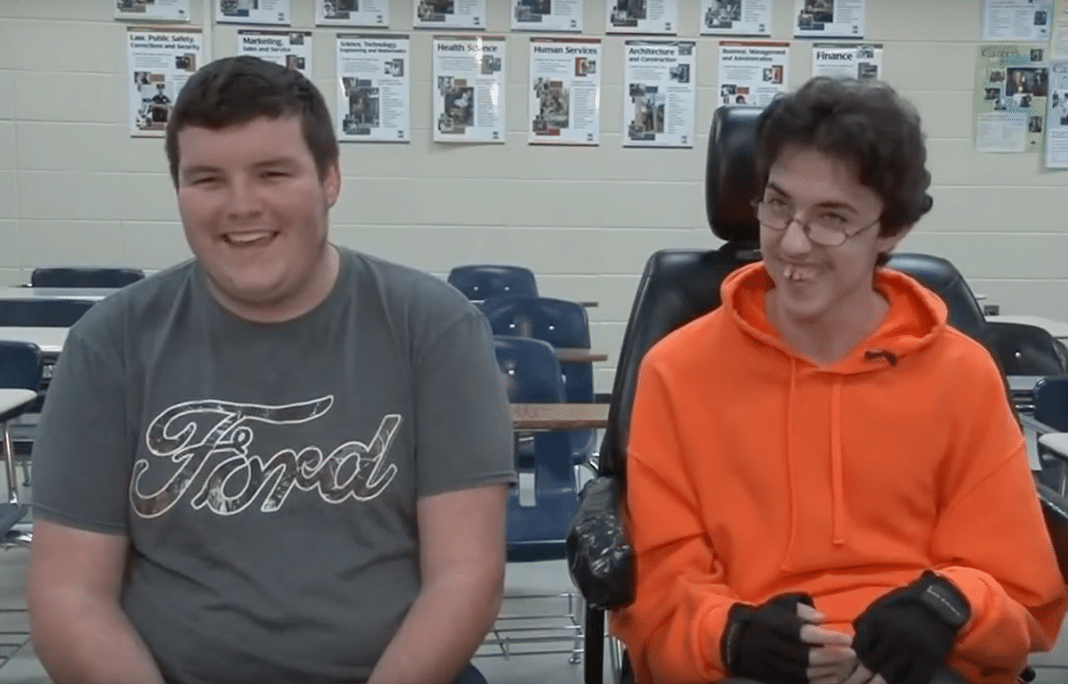 Wilson wanted to buy his friend the chair for three years but had to be patient as he raised all the money himself. All that time, Brandon struggled to get around the school in a manual chair, sometimes getting exhausted. Unfortunately, Brandon’s health care did not provide him with access to a better wheelchair that would have prevented years of needless struggle.

The gift will mean that Qualls can get around easier now that he is about to graduate. However, his family is still trying to obtain a vehicle that can move the electric chair around safely. Such a vehicle can be prohibitively expensive. Sadly, the disabled often struggle with insurance companies to cover such expenses. For now, the electric wheelchair remains at school.

Tanner stepped up to do what a better healthcare system should have:

“He’s just been a really good friend and I wanted to do him a favor,’ explained Tanner.

“Well, Brandon, he’s just always been there for me,” explained Tanner.

Tanner saved the money at a part-time job. He searched for the right electric wheelchair for a year, but then he spotted the right one on Facebook.

One of the teachers who wanted to share in the gift gave Brandon orange flame decals to jazz up the wheelchair with his name.

“I said, ‘Oh, Brandon. You’ve got to have some flames on there because you’re going to be buzzing down these halls in no time,” said Ms. Ray.

Ray went home and made the cut-outs in Brandon’s favorite color: orange.

Tanner received praise for what he did, but he says he thinks everybody should think more about others.

“I feel like life is a little too short to, you know, be judging everybody and you should think more of others than just yourself,” said Tanner. 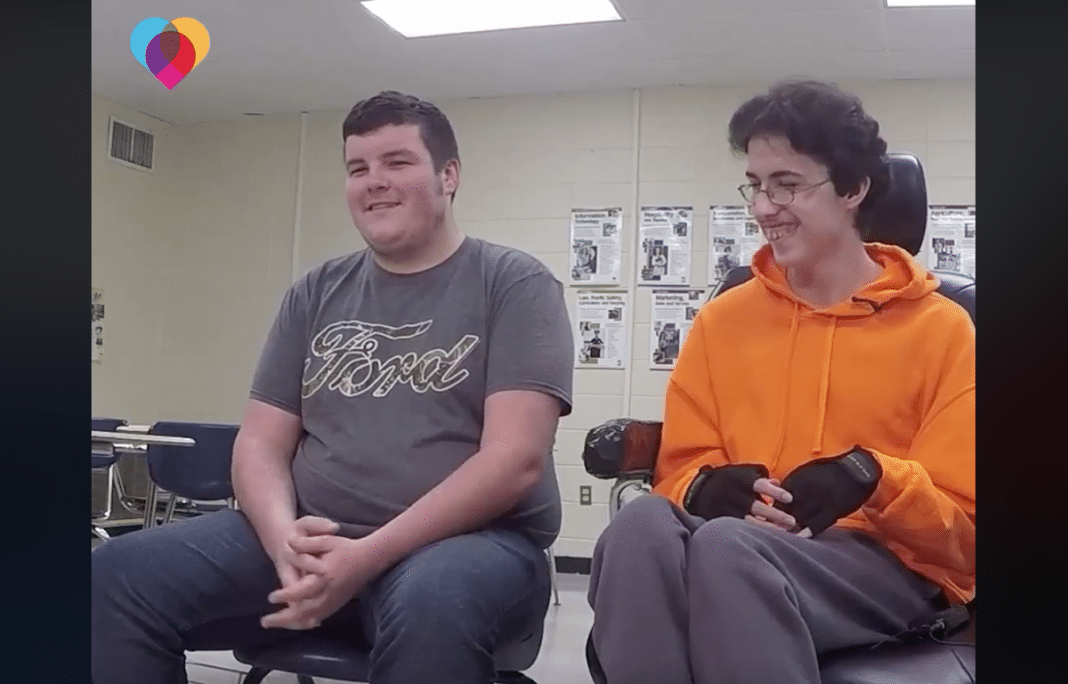 It was definitely worth it to see the smile on his best friend’s face: “100 percent,” Tanner confirmed.

Meanwhile, Tanner’s teachers say that he has exemplified great character, taking up for others and doing what he can for them.

The gift has helped inspire a positive outlook from Brandon.

Now Brandon Qualls enjoys riding around in the halls when he used to become exhausted from manually pushing himself around.

Tanner Wilson and his friend Brandon Qualls exemplify a rare bond of friendship that will no doubt be lifelong. They are an inspiration to us all.

EMOTIONAL GIFT: This teenage boy saved all of his money for two years to buy his classmate the electric wheelchair he was dreaming of ? https://cbsn.ws/2UgIxEi