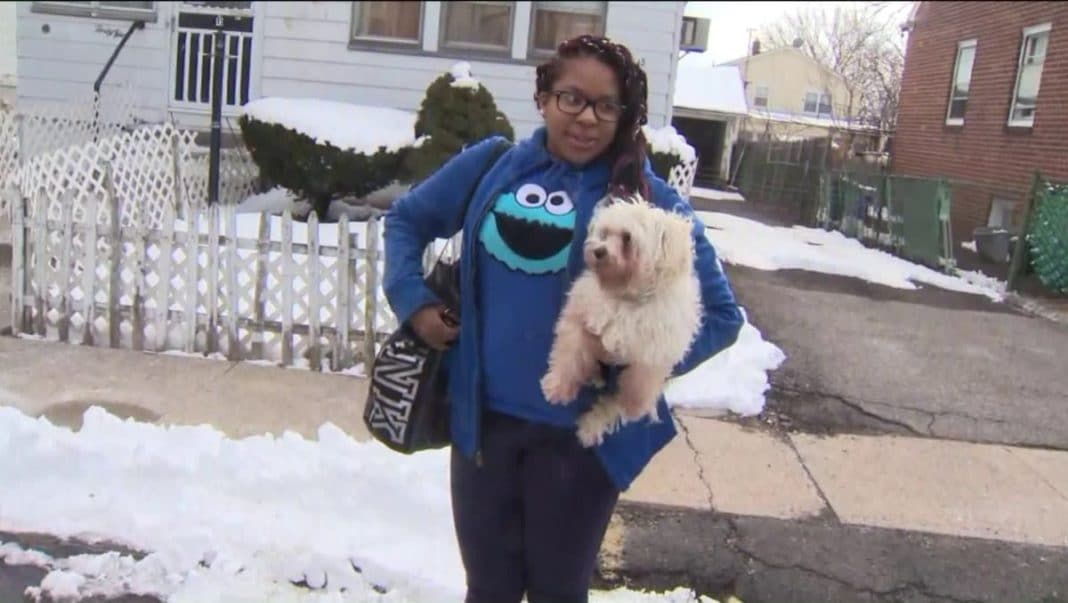 During the early morning hours, a New Jersey teen was walking her dog when she began to hear a faint scratching sound coming from a nearby parked car.

When she called out, the last thing the teen expected was a response, but upon hearing one, she immediately called the police and possibly saved a man’s life in the process.

No this isn’t a scene from a television crime drama.

As of now, authorities are still in search of the suspects believed to be responsible for this crime.

Kayla Rose, 17, of Irvington, New Jersey said she was horrified when she first heard scratching noises on around 7 am on Thursday, March 8.

That’s when what started out as a peaceful stroll with her dog turned into an experience the teen will never forget.

Upon realizing that the noises were coming from a black Nissan Altima parked in the street, Kayla called out, “Hello?”

Rose immediately went to a neighbor’s house to contact the local police, according to WPIX.

Once firefighters and police arrived on the scene, they were able to free the young man and sent him to a local area hospital for medical treatment.

Police report that the man was approached by two men the night before in Hillside, New Jersey.

They then allegedly flashed guns, took his car and forced him to withdraw money from several different ATMs.

The victim’s wrists were tied together with a rope before the suspects tossed him into the trunk of the Altima.

Thanks to Rose’s quick and heroic actions, the young man did not sustain any serious injuries. Rose told WPIX that he was just “scratched up o his forehead.”

“If he was in there for quite a few hours, he could’ve suffered from hypothermia,” Banks said. “She saved a life.”

Authorities are still searching for the suspects responsible for this violent crime, and have decided to keep the victim’s identity a secret during their investigation.

Union County Crime Stoppers is offering up to $10,000 for information that could help investigators locate the suspects.

Hopefully, the people responsible will be brought to justice soon.