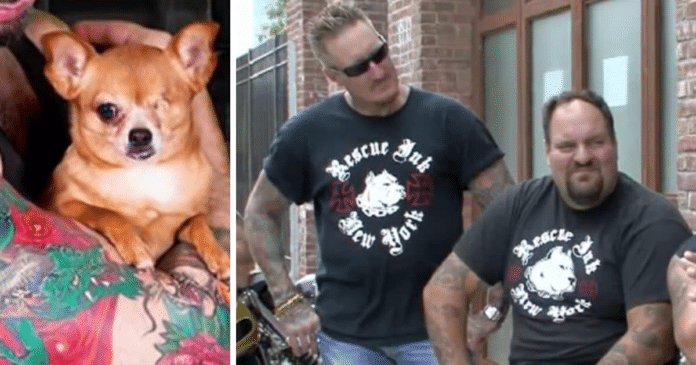 Heroes come in all shapes and sizes.

Some even come covered in tattoos riding motorcycles.

Today there many biker organizations acting like modern-day knights in shining armor who stand up for those who can’t stand up for themselves. The group known as Rescue Ink is one such group.

Rescue Ink is a group of big, burly tattooed bikers who’s life mission is to rescue suffering animals wherever they find them. 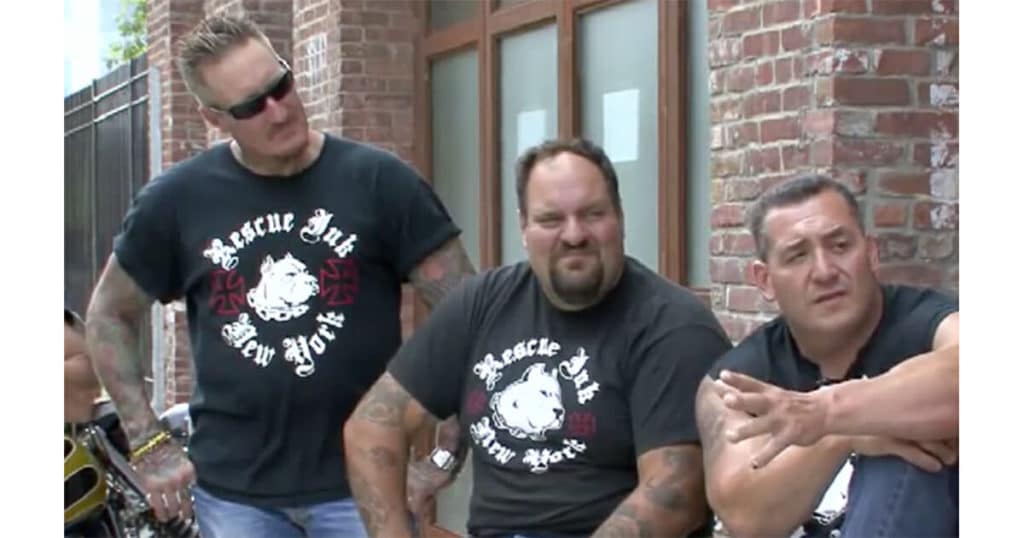 Over time the group’s carved a unique niche when it comes to paying visits to, particularly violent and cruel pet owners.

The bikers then “convince” them to hand over the animals, whether or not they want to.

The group of rescuers hails from Long Island, New York, and fully operational within the boundaries of the law, while still getting their way most of the time all the same.

Rescue Ink started as a non-profit organization before launching into mainstream media. The group boasts a wide array of members that includes ex-bodybuilders, bikers, powerlifting champs, former members of the military, and even a few who’ve had a few run-ins with the law in the past. 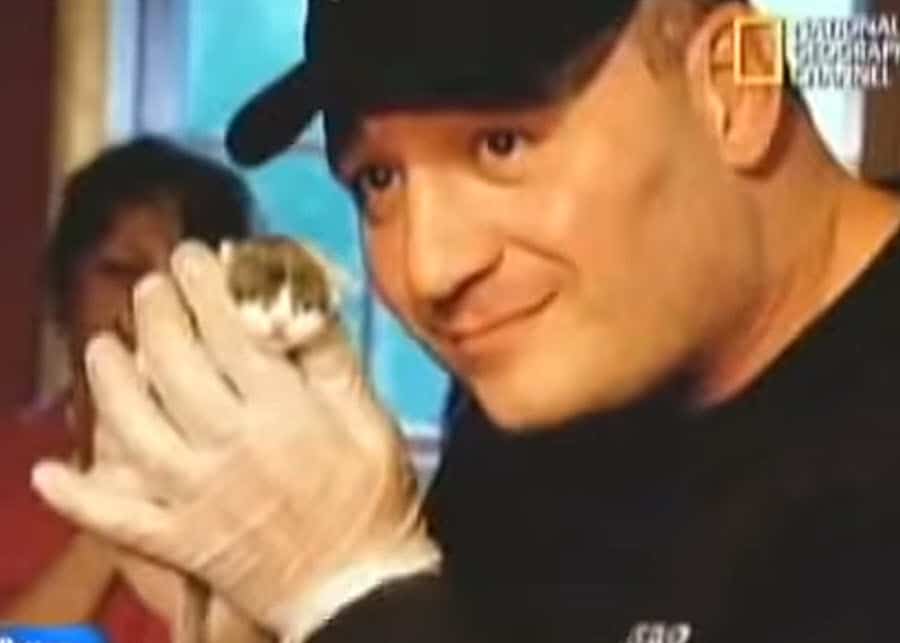 These group of grizzled animal lovers field calls daily, prioritizing the worst cases first working their way through the list.

Throughout the history of their rescue operation, they’ve encountered breeders, dog fighting organizers, and even animal serial killers.

They often describe animal abusers as typically impulsive, ruthless, insecure people who give themselves over to their sadistic tendencies.

Fortunately for our furry friends, Rescue Ink is always looking out for the innocents, and seek out the best alternative in even the direst of situations. 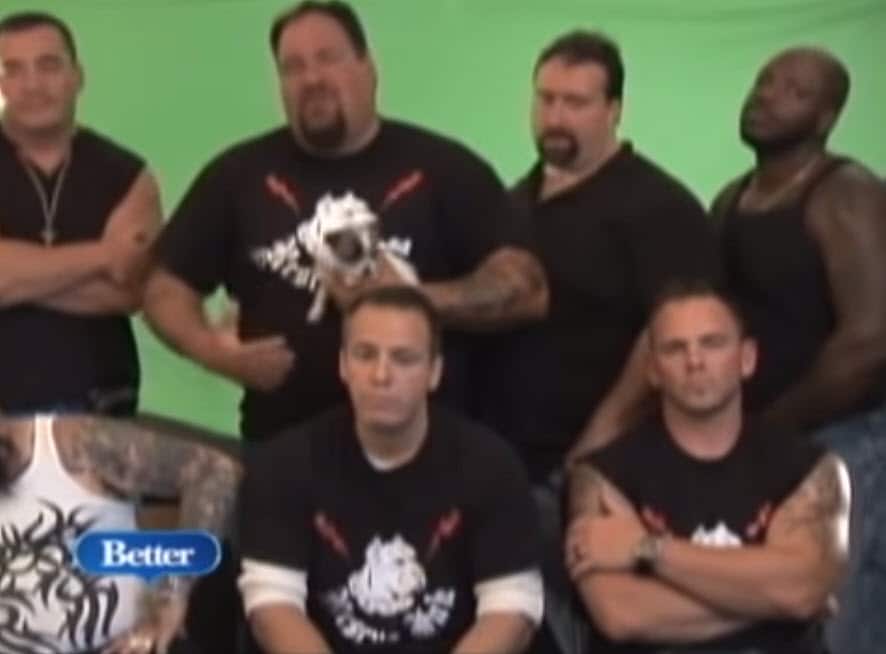 “Let’s just say an official goes to an abuser’s house, he pulls up in a cop car and, immediately the abuser knows the cop’s limitations, he has certain boundaries,” member Anthony Rossano (a.k.a. Big Ant) explained to People.

Despite their good works, the group remains humble and committed to their mission of rescuing animals over the lure of celebrity. 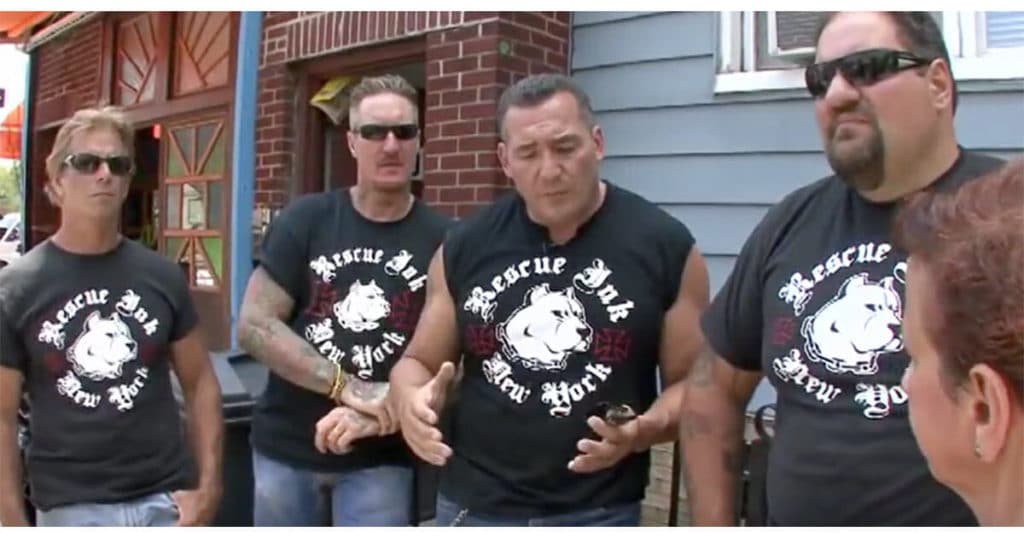 “Some people like to think of us as superheroes. The truth is, we are super animal lovers (and protectors). Through the years, and through many caseloads, obstacles, and downright challenges, we remain strong and dedicated to our mission.”

Imagine that? A roaming group of bikers who are not looking for trouble but rather for defenseless animals in need of their protection. I’m not sure about you, but I think that sounds like one heck of a worthy cause!

Let’s give these gentlemen a round of applause for all their virtuous work on behalf of our furry friends!